• Ongwae said the market will provide services, among them sorting, grading, weighing, packaging and storage.

• NARIGP has funded the project to the tune of Sh100 million while the county has availed the land and Sh17 million. 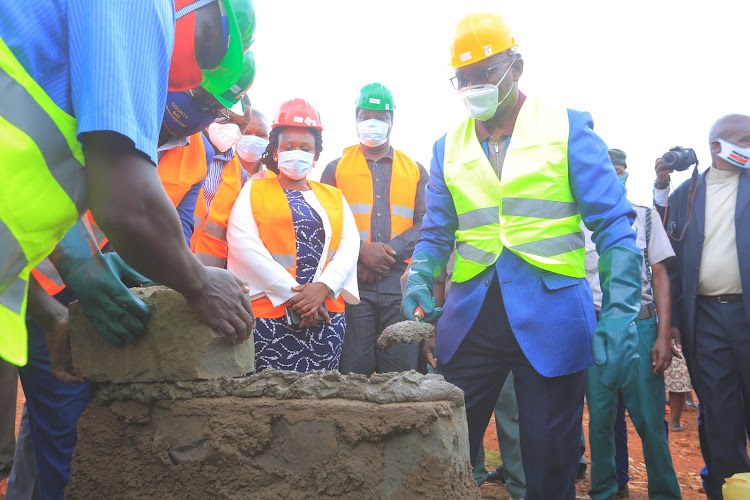 The construction of a Sh117 million modern banana market in Nyamache, Kisii county, has started.

The project is a collaboration between the Kisii government, the national government and World Bank through the National Agricultural and Rural Inclusive Growth Programme (NARIGP).

NARIGP has funded the project to the tune of Sh100 million while the county has availed the land and Sh17 million.

Ongwae said Nyamache Banana Market, whose overall goal is to increase profitability, was identified from the County Integrated Development Plan.

“During the NARIGP participatory integrated community development process, the market was identified and prioritised among the eight targeted multi-community investments recommended for implementation,” he said.

He said the market was chosen due to the area’s centrality. The area is the leading producer of bananas in the county, with a total production of 32,600,000 kilogrammes annually from 1,230 hectares (approximately 3,039 acres) at an average yield of 20,000 kilos per hectare.

“A daily turnover of 35,000 kilos is expected to be traded in the market, yielding a total of Sh210 million per year,” the governor said.

Currently, banana marketing in Kisii, and generally within the catchment, is disjointed and disorganised. Most banana farmers practice individual marketing and are prone to exploitation by middlemen.

Farmers also experience post-harvest losses of up to 30 per cent.

“The setting up of the banana market has been my priority area to stem losses,” Ongwae said.

The county chief said the market will provide services, among them sorting, grading, weighing, packaging and storage.

Farmers will be paid through the already established Kisii County Banana Cooperative Society.

“This way, the bargaining power for producers will be improved, marketing of bananas organised, and producer prices and incomes improved,” he said.

Ong’era thanked Ongwae for the project and urged residents to liaise with the agriculture extension officers and plant more high-quality banana varieties to sustain the high potential industry.

Onsarigo said, besides the two off-road vehicles donated to the county, NARIGP has also procured 20 motorcycles to facilitate agricultural extension activities in the 20 NARIGP implementing wards.