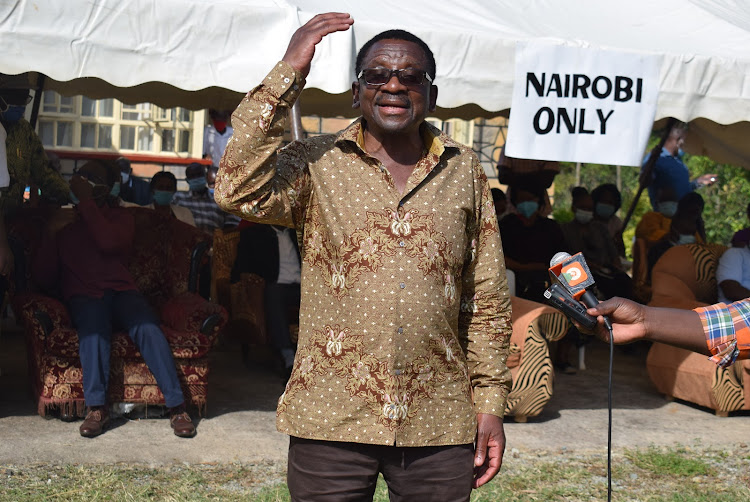 Three ODM legislators have denied claims that the proposed constitutional changes are not meant to create elective positions for certain individuals.

He said the BBI implementation will be done without bias or considering the interests of an individual.

“It’s high time they stopped cheating Kenyans that the imminent constitutional reforms are meant for creating elective posts for anybody in this country,” Orengo said during the burial of former trade unionist Were Ogutu in Karachuonyo on Friday.

The Raila Odinga ally said BBI recommendations will be changed by Kenyans and the mandated institutions, noting that the final document will be approved through a vote.

“Constitutions are amended either trough a referendum or parliamentary [process\. We are waiting for President Uhuru Kenyatta and ODM leader Raila Odinga to receive the BBI report officially,” Orengo said.

“Political leaders who want the BBI report to fall are not interested in what will help the majority of Kenyans,” Kajwang' said.

He said the law changes are aimed at ending historical and electoral injustices..

“We want Kenya to have peace after every election but this can only be done through the constitutional amendments contained in the BBI,” he said.

“The BBI has many advantages, which will benefit the ordinary Kenyans. Let nobody stand on its path,” Amolo said.

A section of MPs allied to President Kenyatta support the report, while those allied to Ruto oppose it.

We are still exercising, reggae has not stopped - Raila

Reggae is a music genre with deep links to Rastafari.
News
1 year ago

Crocodiles are fleeing the road to Canaan.
Opinion
1 year ago

Ruto allies threaten to lead NO team on BBI vote