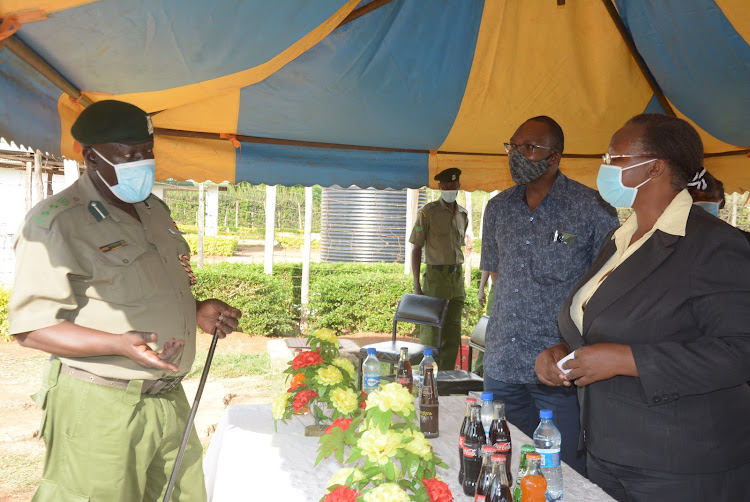 Prison boss Joseph Mwalo said the trend was worrying owing to the fact that they are allowing new inmates from all over the county yet they don’t have isolation facilities.

Mwalo said for the prison to be safe the Siaya Covid-19 Emergency Response Committee must put up quarantine rooms to hold new inmates for at least 14 days.

The prison boss said the move would help contain the spread of the virus in Siaya GK Prison by ensuring all new inmates are tested before mixing with others.

“We want to appeal to the Siaya response team to consider putting up a facility to host new suspects from courts as health personnel subject them to screening and testing for Covid-19,” Mwalo said.

Mwalo disclosed that some convicts serving three months imprisonment were quarantined in Kisumu prisons for 14 days.

Siaya governance executive and member of the court users' committee Dismas Wakla vowed to present their requests to the emergency response committee.

“We have received a request to explore the possibility of establishing an isolation facility at Siaya GK Prison and will present the request before our county Covid-19 response committee,” Wakla said.

Wakla added that it’s the committee chaired by Governor Cornel Rasanga and county commissioner Michael Ole Tialal that will make a decision.

Wakla who visited the prison to assess the situation together with Justice Roseline Aburili gifted inmates with personal items.

Justice Aburili regretted that the country was at a critical stage in response to Covid-19 as the number of those infected continued to rise.

The Siaya High Court judge said they would continue to advocate for Covid-19 awareness in court and in prisons to curb further spread of the virus in the county.

“We are at the GK prison purposely to create awareness on Covid-19 and support the institution with handwashing facilities as people in prisons are some of the most vulnerable in the country," Aburili said.