Kiptoo says one of the integration projects was the Lake Victoria Environmental Management Program.

• He said the project was cancelled at a time when there are emerging environmental challenges compounded by climate change.

• He told the meeting to come up with solutions to the problems hindering human capital and natural resources in the basin. 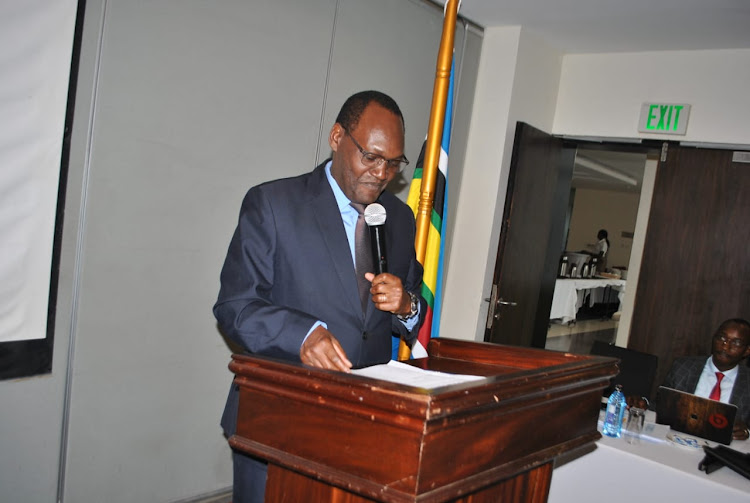 The cancellation of regional integration projects including the Lake Victoria Environmental Management Program (LVEMP III) by the World Bank was done without consultations with EAC member states.

This is according to Environment and Forestry PS Chris Kiptoo. He said the project was cancelled at a time when there are emerging environmental challenges compounded by climate change.

"In October 2019, the World Bank cancelled many regional integration projects, including LVEMP II preparations. Initially, these projects were paused for almost a year which caused delays in the implementation of preparatory activities in the roadmap," Kiptoo said.

He decried eutrophication, overfishing, the introduction of exotic species and impacts of climate change as some of the problems facing Lake Victoria. Kiptoo told the meeting to come up with solutions to the problems hindering human capital and natural resources in the basin.

"It is our hope that our deliberations, sharing of experiences, and lessons learned will add value in generation of concrete recommendations that will enhance common efforts to sustainably manage the environment," said Kiptoo during the session of permanent and principal secretaries.

For his part, Matano announced that the construction of the Lake Victoria Basin Commission headquarters will start later this year. "We advertised for the tenders last week. I wish to thank the Kenyan Government for giving the technical people who finalised the technical designs," he said.

Matano also noted that only Kenya and Uganda have cleared their contribution to the commission. South Sudan, Rwanda, Tanzania, and Burundi have yet to do so. He urged the Sectoral Council of Ministers to fast-track the LVBC Bill once it's tabled before the ministers. Once the bill becomes an act, it will enhance the commission's ability to undertake its mandate and resource mobilisation.

Matano added that they have made strides in the implementation of the Multi-National Lake Victoria Maritime Communications and Transport Project.

"The coping consultancy was approved and pre-qualified firms identified. Several activities have been implemented in partner states," he added.

He said the regional project coordinator has been recruited. Matano said different projects achieved sustainable progress, despite challenges, including staffing and delays in disbursement of funds.