• They claim all students of Mechanical Engineering were suspended for no reason. 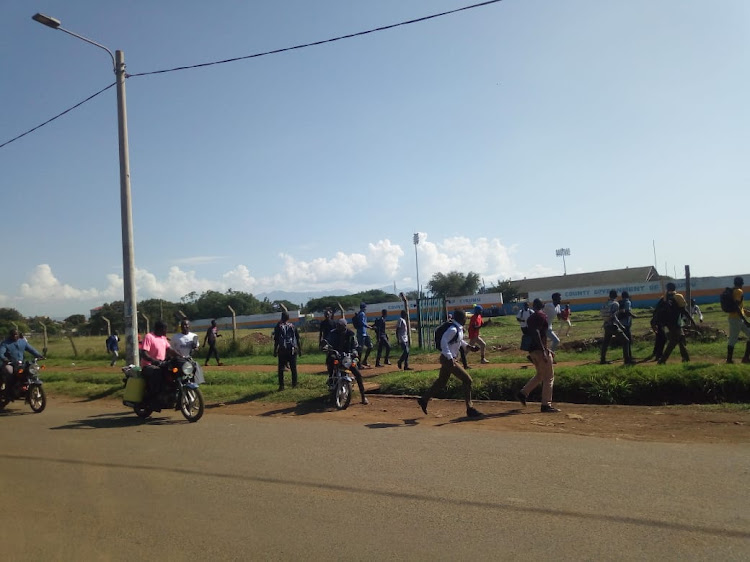 Kisumu Polytechnic students running away from police officer during their demos on Monday
Image: FAITH MATETE

Kisumu Polytechnic has been closed indefinitely following riots on Monday.

Principal Chanzu Lomolo ordered the students to vacate the premises in 30 minutes through a memo seen by the Star.

“Following the unrest by the students witnessed on Monday, it has been decided that the institution be closed with immediate effect,” the memo reads.

The students were protesting against "arbitrary fees increments and suspensions".

The students, through their union, had early last week held a demonstration.

But some of the learners started throwing stones at the officers who, in turn, used tear gas to disperse them.

The students engaged the officers in running battles outside the compound. The officers also fired in the air.

Eight learners were arrested. County police commander Ranson Lolmodon said the eight will be charged with causing a riot.

The students claimed that the institution had increased fees without explanation and that all mechanical engineering students were suspended for no reason.

Students' association chairman Joseph Mbaka said, "Students are being suspended and suspension letters are being issued like bursary cheques. This is unacceptable."