• More devastation feared as the water level of River Nyando continues to rise.

• Hundreds of people spent Sunday night in the cold after floods swept away their homes before the Kenya Red Cross personnel evacuated them.

More than 150 families in Kakola Ombaka village in Nyando sub-county have been rendered homeless as rains continue pounding Nyanza and the rest of the country.

There are fears that more people will be affected as the water level of River Nyando continues to rise.

Many of the families have sought refuge at Ombaka Secondary School after their houses and pit latrines were either swept away or are submerged. Health workers fear an outbreak of water-borne diseases.

Over 400 people spent the night in the cold on Sunday before the Kenya Red Cross personnel evacuated them.

Onudi said families have also been moved to safer grounds at Nyamasao Primary School. But they need food, bedding and medicine as cases of malaria have been reported.

“We urge the county government to deploy medical personnel equipped with drugs to the camps to arrest the situation,” he said.

“Well-wishers can also support families with food and non-food items."

As the torrential rains persist, families are apprehensive that the remains of their loved ones interred in unsecured graves might be swept away by the raging waters.

Mercy Adhiambo said on Monday, “It's only four days since the burial. Now we are experiencing heavy rains. We hope the stones we put on top of the grave will be intact. We are optimistic that the rains will reduce.”

Caroline Achieng lost all her chicken and heads of cattle. “All my crops are gone ... the chicken were all swept away. We call on the county and the national governments to come to our aid,” she appealed. 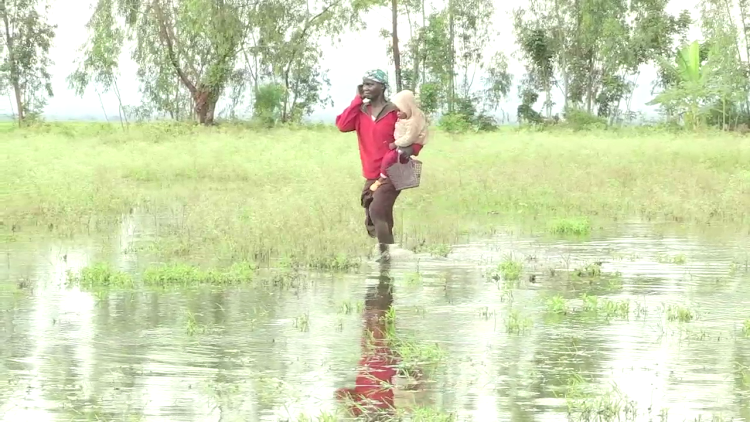