An estimated 1,000 extra acres are targeted in the first phase.

• The expansion will ensure more farmers are contracted to farm rice and benefit from their produce.

• The scheme started in 1960 has struggled over the years and NIB is committed to making it realise its full potential in rice production. 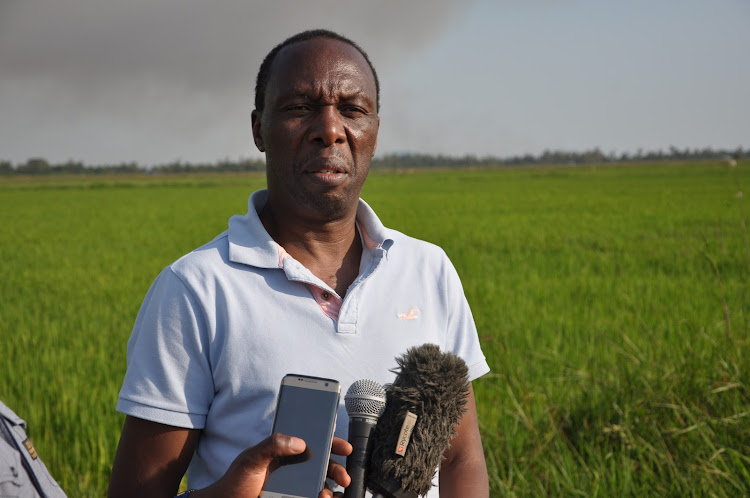 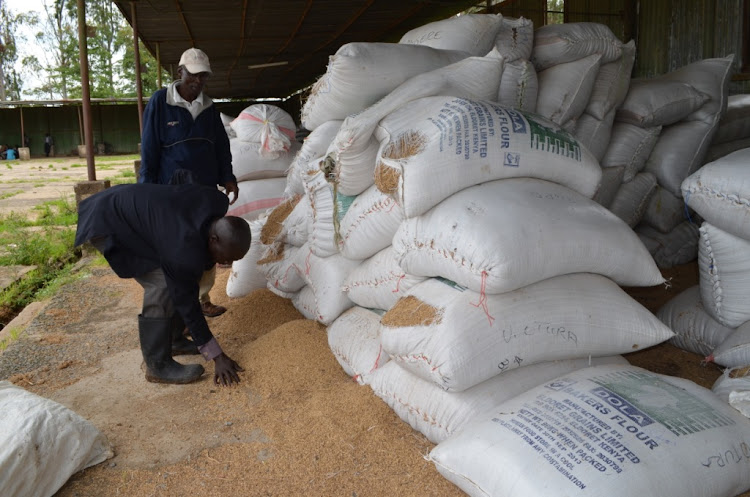 The National Irrigation Board is set to spend Sh150 million to expand the Ahero Irrigation Scheme in Kisumu county to boost rice production.

NIB general manager Gitonga Mugambi said the potential of the scheme, which was started in 1960 as a pilot, has not been optimally utilised through production.

“The scheme has about 3,000 acres under irrigation. It has not progressed well due to numerous challenges that we want to tackle,” he said.

Mugambi spoke on Friday when he met farmers in Nyando constituency. He was accompanied by Western Kenya Schemes manager Joel Tanui.

The NIB boss said the scheme has struggled over the years and the board is committed to making it realise its full potential in rice production.

“The potential of this scheme is very high and it must be exploited to allow farmers to carry out meaningful economic activities to realise food security,” he added.

The works scheduled to kick off this financial year will take place in Nyando constituency, with an estimated 1,000 acres to be expanded in the first phase.

Mugambi said farmers will benefit from piped water from Nyando River to irrigate their farms for rice farming.

He told farmers that there will be no compensation for their land since they will practice rise farming on their farms once the expansion is complete.

The expansion, Mugambi said, will ensure more farmers are contracted to farm rice and benefit from their produce.

Mugambi said that the board has worked on a system to halve the cost of production that was initially at Sh300,000 per acre on irrigation.

The GM said within the scheme, NIB has carried out a feasibility study and designs to change the system from pumping water to use of gravity.

He said pumping was the only means of supplying farmers with water thereby raising the cost of production.

“The venture is expensive but NIB has approached the Japanese International Cooperation Agency to fund the initiative,” Mugambi said.

Market for the cereal assured
Counties
1 year ago

The National Irrigation Board has entered a partnership with Japan to double the acreage under rice in Ahero and Kano irrigation schemes.The ...
Counties
1 year ago
STAR COMMUNITY POLICY AND PARTICIPATION GUIDELINES
by MAURICE ALAL Correspondent, Nyanza Region
Nyanza
13 October 2019 - 12:54