No crisis in Nyamira despite dissolution of cabinet — county secretary

• County secretary Eric Onchana said serving county executives will stay in office until their contracts expire and up to the time new members are sworn.

• North Mugirango MP Joash Nyamoko accused the governor of running the county like his property. 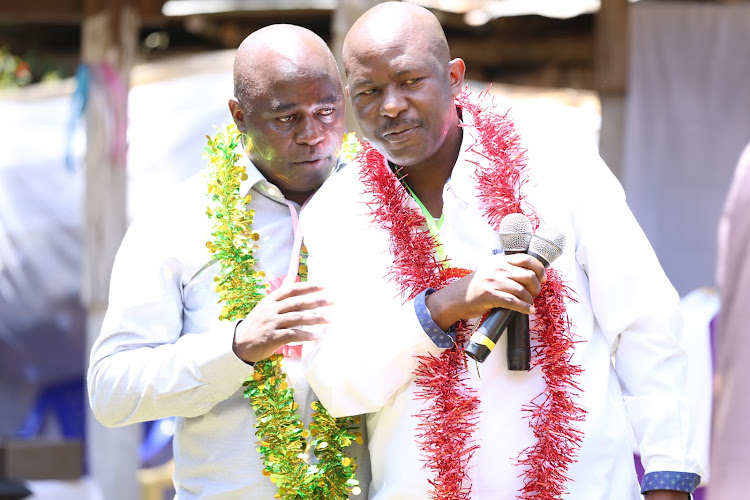 There is no crisis in Nyamira despite Governor John Nyagarama's decision to dissolve his cabinet, county secretary Eric Onchana has said.

Onchana said serving county executives will stay in office until their contracts expire and up to the time new members are sworn.

“The ministers are still in office and there is no crisis. They have not been asked to vacate office,” Onchana said.

Governor Nyagarama sacked all county executives on October 1 and asked those interested in joining his cabinet to apply by October 11.

The move came just a month to the end, on November 2, of their two-year contracts.

Nyagarama placed an advert in the media calling for applications for all the 10 positions of county executives to serve for three years.

The sacking complicated administrative matters at the county since the county assembly is yet to vet and approve chief officers.

The county has been operating without chief officers for more than a year.

Onchana told the Star on the phone that the administration expects the assembly to vet and approve chief officers before the tenure of ministers ends.

“The recruitment of new ministers is ongoing and we expect those willing to serve to apply by Friday,” Onchana said.

The county assembly suspended the vetting of chief officers until the governor reinstates 502 teachers whose contracts expired.

Assembly speaker Moffat Teya had threatened to institute impeachment proceedings against the governor if the teachers were not reappointed.

However, last week, the governor formed a seven-member task force to unlock the impasse with the assembly.

“The task force to resolve the issue of ECDE teachers is finalising the report by Thursday. However we have a preliminary report but there are some areas we asked to be reviewed,” Onchana added.

Local MPs have however piled pressure on the governor to put his house in order.

North Mugirango MP Joash Nyamoko accused the governor of running the county like his property.

“The governor is running the county with impunity. How does he expect the ministers to deliver yet they know their positions have been advertised?” Nyamoko asked.

The former Nyamira speaker faulted the governor for not considering regional balancing when he named chief officers.

“Several issues are affecting the county including employment of ghost workers, corruption and a huge wage bill. We must stand up and say no,” Nyamoko added.

Senator Okong’o Omogeni said on Minto FM that the county was headed in the wrong direction.

“The five MPs should come together and address the problems facing the county. We should keep an eye on how the money sent to Nyamira is spent.

“It is in the best interest of the people to ensure that the money sent to Nyamira is well utilised,” Omogeni said.

Omogeni invited the MPs to an upcoming Senate session with Governor Nyagarama and also called for a meeting of all elected leaders in the county.