• Nyagarama added: "We shall proceed to open Nyamusi Sub County Hospital theatre before end of 2019 thus successfully achieving the strategic objective of having at least one operating theatre per Sub County." 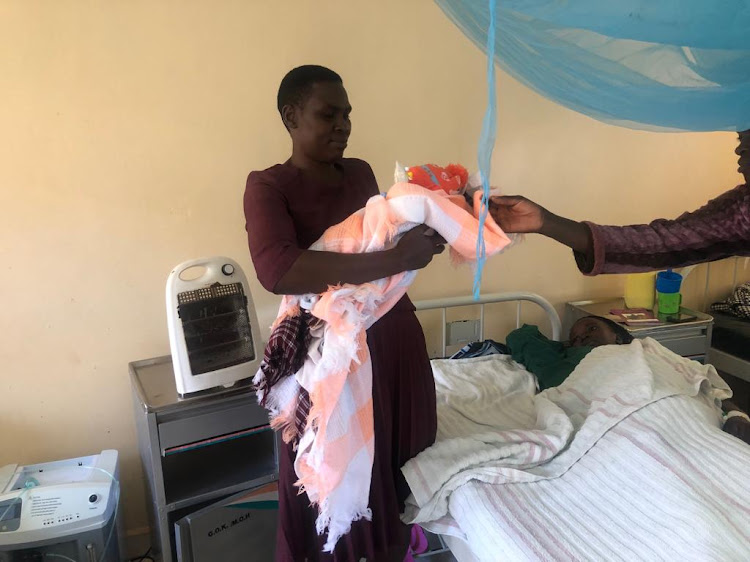 Nyamira Governor John Nyagarama says he is impressed by the construction of six hospital theatres, which will reduce surgical referral cases.

Speaking in his office, the governor said he had received an impressive report from three departments, notably,  Health Services, Procurement and Roads and Public Works showing the progress of a new theatre at Nyansiongo was on schedule.

"The facts presented to me about the theatre construction status are encouraging and impressive," said the governor in his office.

"I am pleased to inform you that my able team has witnessed through inspection the ongoing installation works of the Nyansiongo operating theatre in Nyansiongo Hospital and, work is progressing on well as scheduled".

"I expect to open the theatre for use before end of October to help our people,"the governor re-affirmed.

Nyagarama added: "We shall proceed to open Nyamusi Sub County Hospital theatre before end of 2019 thus successfully achieving the strategic objective of having at least one operating theatre per Sub County."

According to the Governor, the new theatre will significantly reduce emergency maternity and general surgical referrals to facilities outside Nyamira County.

Health Executive Douglas Bosire led the delegation that comprised the project implementation team and contractor at Kijauri Sub County Hospital to accelerate the completion of the 28-bed maternity unit which is expected to be operational by end of October.

Bosire added: “The maternity unit will also serve the larger Borabu Sub County and will increase the number of skilled care deliveries as well as improve quality of care offered to our mothers during the pure moment of bringing forth life.”