Poor planning: Road construction ruined all pipes in town but water trucked in

• Expectant mothers had to look for water elsewhere, bring own bedding 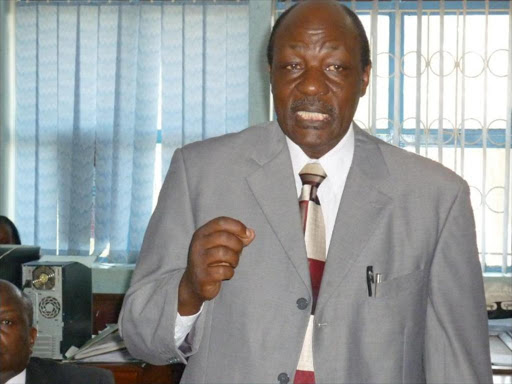 The water supply has been restored to Rachuonyo Level 4 Hospital in Homa Bay, the thecounty government has said.

The hospital in Kasipul constituency, Oyugus Town, had been hit with an acute water shortage for two weeks, resulting in poor hygiene. Patients, especially expectant mothers who sought delivery services, were the worst affected.

“Most caretakers at the hospital were being advised to get clean water during the whole of last week,” a caregiver told journalists.

She said the hospital management had difficulties in washing bedding. In some cases, mothers from the area had to get water from their homes to clean the hospital. “Those who are not from around here have to liaise with residents on how they can buy water. The situation is very bad,” she added.

But speaking on Monday, Homa  Bay Health executive Richard Muga said the situation has been contained.

He attributed the water shortage to the destruction of pipes during the ongoing construction of Aero –Kisii road, which passes through Oyugis town.

“Graders broke all water pipes in the entire Oyugis town. That is why the hospital has did not have water,” Muga said.

He said they had made an emergency arrangement of transporting water to the hospital as rehabilitation of the pipes continues.

“The department of Water began supplying the hospital with water on Sunday,” he said.

He also said they are working on distributing water from a borehole which had been sunk in the facility some time back. He expressed confidence that normalcy will return. “We cannot tell the road construction company to stop working because we need the road too,” Muga said.

Rachuonyo Level 4 Hospital is the second largest health facility in the county after Homa Bay County Referral Hospital. It serves as a referral hospital for patients from other health facilities in Rangwe, Kabondo Kasipul, Kasipul and Karachuonyo constituencies.