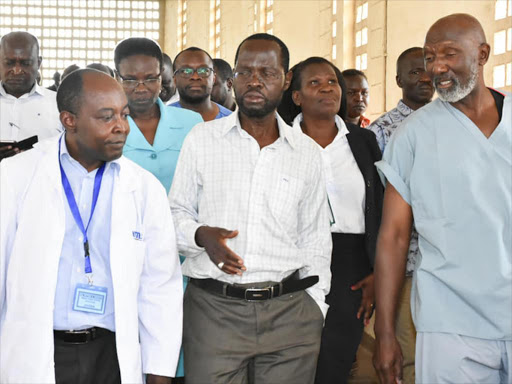 Governors in counties affected by the nurses’ strike have been asked to embrace dialogue instead of using intimidation and threats.

The three, who separately spoke to the Star by phone, said governors needed to dialogue with nurses on the pay standoff.

Kisumu Governor Anyang’ Nyong’o on Saturday directed the department of health to recruit nurses on a temporary basis.

Anyang’ appealed to qualified nurses willing to work temporarily to urgently report to Kisumu County Hospital with credentials for immediate deployment. His decision to hire nurses came barely a day after his directive to nurses to go back to work was ignored.

On Friday, the governor directed the nurses to resume work by 4pm or face unspecified action. He said their matter was being handled by the national government and the Council of Governors.

But Owino said counties and Kenya National Union of Nurses (Knun) should discuss the implementation of a return-to-work agreement signed on November 2, 2018.

He told the affected counties to emulate Migori, Machakos and Mombasa who have implemented the pay.

“What is so unique in some counties that the other county governments cannot do?” he asked.

He called on the county governments affected to learn from their counterparts who have engaged nurses and agreed to call off the strike.

“Sometimes I owe you but am not in a position to pay you today. When we engage, I will ask you to give me some time to pay you,” he said.

Owino asked nurses not to be rigid. “We do acknowledge the good work they do. They should consider the lives of patients,” he added.

Koyoo asked nurses to give room for talks on their demands to prevent unnecessary deaths. Knun deputy secretary general Maurice Opetu said they will strike until the counties pay them.

Post a comment
WATCH: The latest videos from the Star
by MAURICE ALAL @alalmaurice
Nyanza
12 February 2019 - 00:00
Read The E-Paper