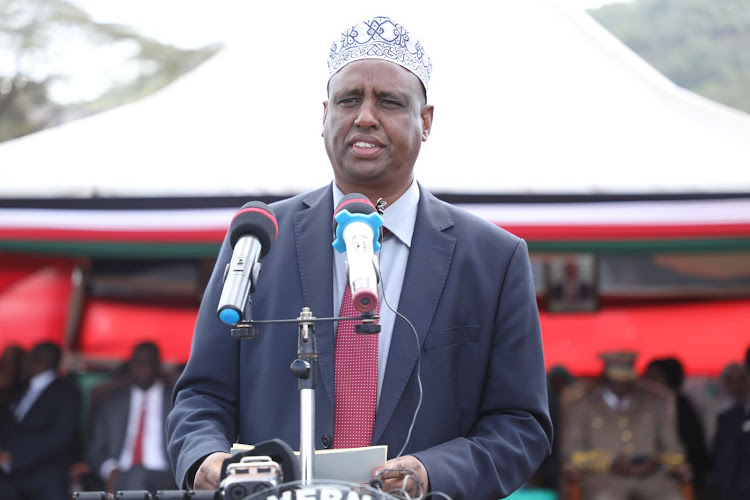 Marsabit Governor Mohamud Ali on Tuesday nominated 24 county chief officers who will be presented to the county assembly for vetting and approval.

In a press statement read by the county secretary, Governor Mohamud stated that the qualified and experienced nominees were vigorously and procedurally nominated.

"The nomination of these chief officers was done competitively by the public service board, putting into consideration regional and gender balance as enshrined in the constitution and have confidence that they are fit for the job," the governor said.

The positions were advertised on October 17, 2022, by the public service board where 101 applicants were interviewed and the list of 72 candidates was presented to the governor for consideration.

"My office carefully considered the suitability of the recommended candidate keeping in mind their qualifications and affirmative action," he said

The governor said he nominated for appointment candidates that were ranked highest by the county public service board after the interviews.

The county chief insisted that those nominated for the positions were not his political cronies but competent individuals.

The governor expressed confidence that his nominees will pass the vetting at the county assembly so that they can immediately embark on implementing his administration development agenda for the people of Marsabit.

Governor Ali through an executive order made changes in the governance structure and increased the number of chief officers from 19 to 24 for effective service delivery.

"We thank the governor for sticking to his promise of including all communities in his administration,"Boru said.

He, however, asked the governor to consider competent young people who can help him deliver for the people.

Four of the 19 previous chief officers were retained by the governor.

Cash crunch as Treasury yet to send Sh258bn to counties

Only 35 per cent of the funds have been released with five months to end of financial year
News
2 weeks ago
Post a comment
WATCH: The latest videos from the Star
by ABDIKADIR CHARI
North Eastern
18 January 2023 - 16:39
Read The E-Paper