Garissa Governor Nathif Jama speaking to the press in his office on Saturday
Image: STEPHEN ASTARIKO

The audit shows that the county hired directors and their deputies who did not have the mandatory academic papers to head the dockets.

Also, 1oo people were hired as drivers yet there are only 12 vehicles in the county transport department.

The findings were made public on Saturday by Governor Nathif Jama, who said the county harboured a lot of ghost workers.

Jama regretted that the county had been turned into a recruitment bureau which has contributed to it lagging behind in terms of providing essential services to residents.

The governor said 3,500 people have been earning salaries both in the IPPD and in excel sheet payments for casual workers.

“Close to 7,000 staff are earning salaries both in the official salary system and in the excel sheets, where payments of hundreds if not thousands of casuals are processed," he said.

“The county was paying close to Sh450 million per month from the monthly exchequer and our wage bill was around 70 per cent, which is way above the legal requirement of 35 per cent under the PFM act."

Jama defended himself against accusations from some leaders and activists who have accused him of the arbitrary sacking of county employees.

“The many who are making noise out there on social media claiming that they have been unjustly sacked can come and present their case so that we can know how you entered the payroll,” he said.

“You cannot be a county that is largely a wage-paying county and at the same time expect development. Everyone knows that there were no drugs in hospitals and medics were depressed and the on the verge of closing the facilities.

"One thing that our people need to appreciate is that we cannot all expect to be employed by the county."

On Saturday, Jama also appointed a special task force for those complaining over unfair dismissal to present their cases for adjudication.

The task force is led by the county secretary Mohamud Mursal as chairperson and Noor Dahir as his deputy. The joint secretaries are Ali Nunow Ibrahim and Amina Abdi Gedi.

The hearing of complaints will start on Monday, November 14, and will continue for the next 20 days.

The task force will then submit a comprehensive report with clear recommendations for actions to be taken by the county government.

The governor further revealed that after payroll cleanup, the team will embark on headcount and finish with document verification.

We also want to call everybody back to the county to see who works where because we keep hearing of people working outside the country and others herding their animals yet they earn a salary from the county payroll," he said. 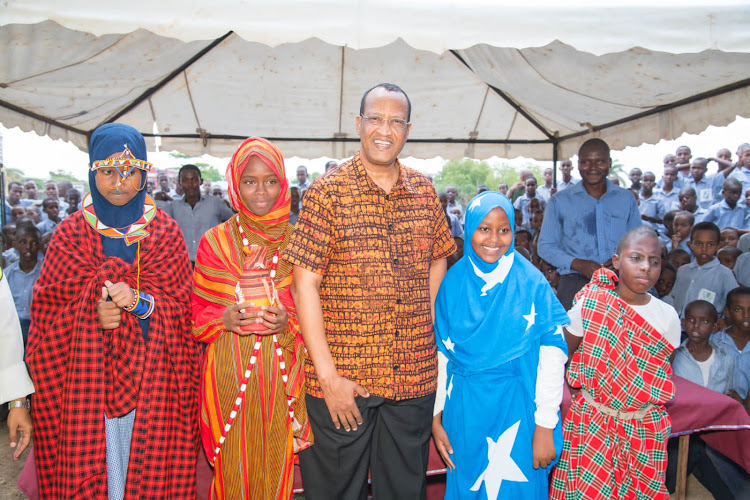