Sh700,000 initiative is funded by Elias Kakundi, a resident living in the UK. 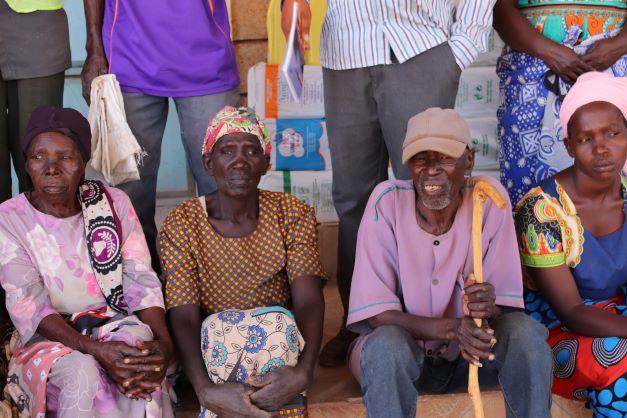 Some of the elderly residents from Nguni ward.
Image: LINAH MUSANGI

Several elderly persons from Nguni ward in Mwingi Central, Kitui have benefited from food donations exercise in the area.

The Sh700,000 initiative is funded by Elias Kakundi, a resident living in the UK.

Safari said residents who have not had any harvests for the last three years have not benefitted from any relief food.

“We urge the President to handle drought in Mwingi, Kitui with a lot of seriousness as people are on the verge of dying if the situation persists,” he said.

“A considerate government stops all developmental projects to address drought.”

He said the exercise will not cover a third of those affected. 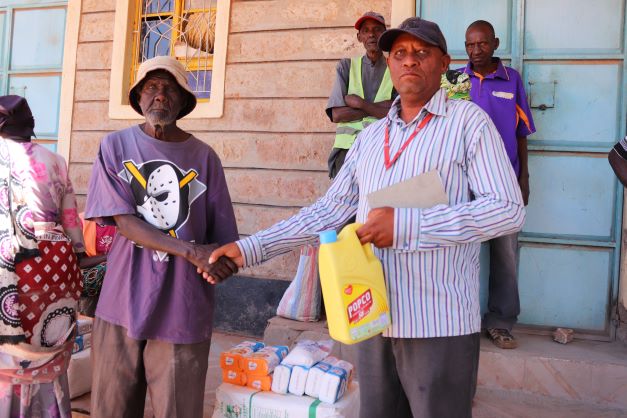 Safari, therefore, called on the government and well-wishers to extend a helping hand.

Resident Benedetta Kaveke lauded the exercise, saying the food at least last them a maximum of two days, asking for more donations from the government.

Another resident Robert Nzuku said hunger has badly hit the entire ward, and they are afraid that the elderly and young children might die.

“We are just surviving on drinking water which has since become scarce. I call on the government to intervene,” he said.

“We haven't harvested farm produce for a very long time and most of us cannot afford the basic commodity,” she said.

Some of the elderly residents from Nguni ward.
Image: LINAH MUSANGI

Gachagua said that  a committee has been formed to seek ways of intervening the drought menace.
News
3 months ago

"We have developed a clear road map on how to mitigate the effects of the drought."
News
3 months ago
Post a comment
WATCH: The latest videos from the Star
by LINAH MUSANGI None
North Eastern
09 October 2022 - 22:00
Read The E-Paper