Mohamud, who was looking after his goats in his farm, lost his left eye during the scuffle. 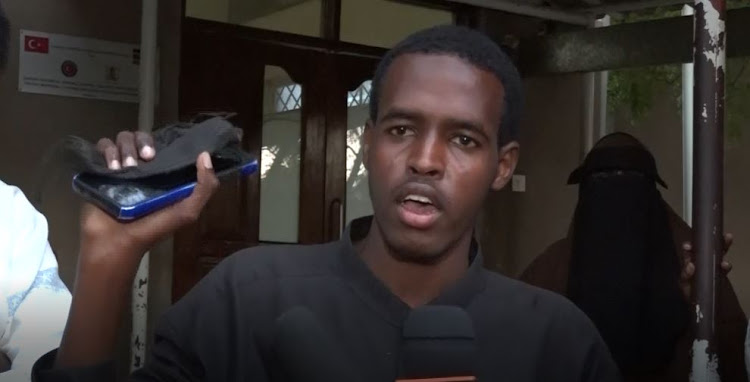 A 60-year-old man is fighting for his life at the Garissa County Referral Hospital after he was critically injured by a lone hyena in Raya village, Balambala subcounty.

Abdi Afi Mohamud, who was looking after his goats in his farm along Tana River, lost his left eye during the Sunday evening scuffle.

“Everything happened very fast and before I could realise I was on the ground as the hyenas kept on attacking me. My cries attracted the rest of the villagers who came to my rescue and killed the hyena,” he said from his hospital bed.

The villagers used a private vehicle to rush the victim to the hospital.

Abdikafar Yusuf, who is the son of the victim, said the hyena strayed into the goats’ farm within the village and started attacking the herd.

Yusuf said the commotion and cries from the goats attracted the attention of the old man who rushed to the scene but the hyena instead turned to him.

Yussuf said this is the fourth incident of hyena attacking human beings in the area in the last one month.

“There is serious need for intervention from the government, especially at this time of drought when wild animals are on the loose. The government should do something before another disaster,” he said. 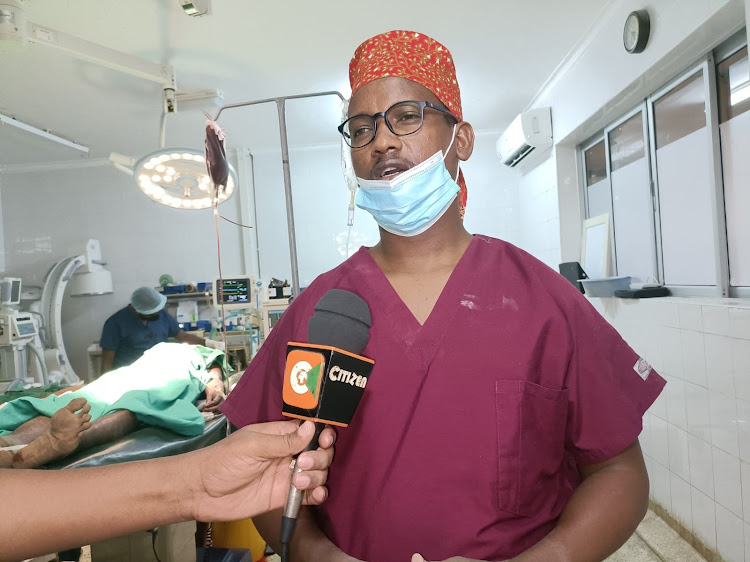 Dr. Hussein Iman a general surgeon at the Garissa county referral hospital who attended to the hyena victim. he said he was in stable condition.
Image: STEPHEN ASTARIKO

“The KWS should move with speed and deal with these incidents . They should drive them to the near by game reserves. We are also asking for compensation since we keep on losing many lives and our animals.”

Abdi Hussein, a neighbour to the victim, said that residents were now living in fear not knowing when the hyenas would strike again.

"We are leaving in constant fear following the frequent attacks. Whenever one is out looking after the animals we always hold our breath and pray to God that they come back home safely. It is that serious," he said.

According to Dr Hussein Iman, a general surgeon at the hospital, the hyena inflicted serious injuries on the victim's head, eye and hands.

“The victim  lost a lot of blood during the attack, at least two litres, but we have managed to stabilise him and he is responding well to treatment,” he said.

There has been an upsurge of human-wildlife conflicts following perennial drought that continues to ravage parts of northern Kenya.

Last month, Abshiro Saney Ahmed from Sagar Village in Ijara subcounty was seriously injured after she attacked by a marauding hyena that was looking for water.

A man was mauled to death by the hyenas in the wee hours of Monday morning.
News
11 months ago

The beasts shredded Njuguna’s body to pieces and only bones and parts of his clothes were found.
News
10 months ago
Post a comment
WATCH: The latest videos from the Star
by STEPHEN ASTARIKO Correspondent, North Eastern
North Eastern
03 October 2022 - 22:00
Read The E-Paper