Some of the farmers have urged government to support the sector.

Residents of Kamuthe in Garissa county have ventured into irrigation sector even as other livestock farmers in Northeastern region continue to count losses following a prolonged drought.

A first-time visitor to the farm, which is located 50km from Garissa town, might be mistaken to think the area is not experiencing drought like other parts of the region.

The 55 farmers who belong to the Fafi Farmers Cooperative have managed to irrigate fodder on the banks of River Tana.

In an interview with the Star on Saturday at the farm, Hassan Mohamud who is the secretary general of the cooperative said they started as a society, later transforming into a cooperative with the help of USAID. 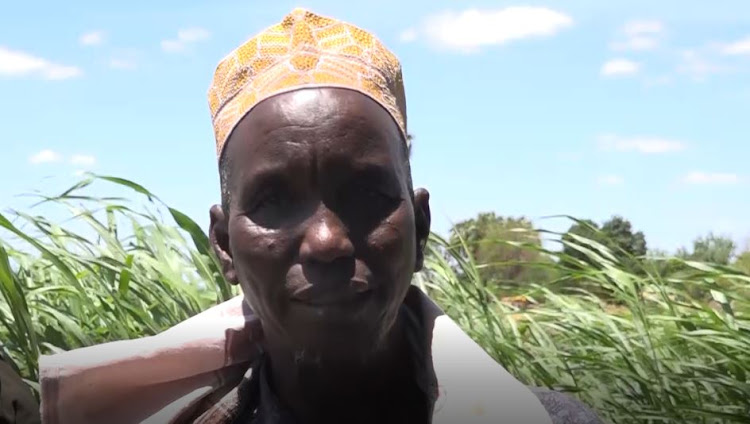 “We  decided to venture into the business in 2018 after we lost hundreds of animals to drought. The situation was so bad that we could hardly find pasture for our livestock,” he said.

Hussein Ali, another farmer, said they started the farm with 10 members that later grew to 54.

“We decided to diversify and do intercropping among them bananas, pawpaw and watermelons where we later used the proceeds to buy a few cows,” Ali said.

He further said that even though the fodder has not gotten to a level where they can sell to other farmers, it is enough to feed their animals.

“We want to increase the current six acres to 75 acres so that we can start supplying to other parts of the county and the region.  This is one business that has high returns,” Ali said. 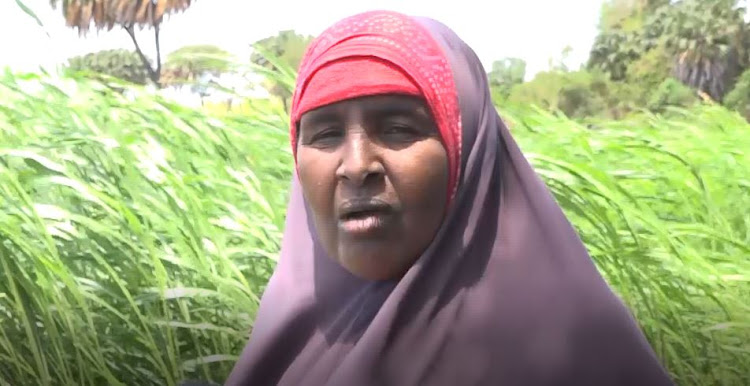 Saadia Mohamud Abdullahi, who is also a member, said that fodder farming has high returns.

She urged the government to support more farmers in the sector.

According to the mother of six, loosing animals has been a thing of the past in the last four years since they have enough fodder to feed their animals and enough milk for domestic use and for sale.

"We need more seedlings and generators to pump more water from the river as we expand and insecticides for fodder crops when they are attacked by insects," Saadia said.

Hussein Ibrahim said the perennial drought is what drove them into fodder farming.

He urged extension officers to organise for more trainings to the farmers whom said still lack the required knowledge regarding farming.

“As you know, as a community we are pastoralists and that is what we have known for a long time, so farming is new thing to us," Ibrahim said.

"We are now learning hence the need for technical capacity building from experts who are well conversant with this field, and who will come and educate us on how it is done so that we do it professionally.”

Ibrahim called for the construction of more canals that would help in directing the water to the farms, saying a lot of water goes into waste especially during the rainy season.

Mukhtar Dahir from the livestock marketing system, a USAID-funded programme, said their main objective is to support the pastoral  community by providing them with cheap fodder so that they don’t loose their animals during drought season.

“We supported them with capacity building and management training to help them transform the cooperative since they were at first  an association,” he said.

Dahir said they went ahead and provided solar system to the farmers so as to introduce commercial fodder production.

“As you are aware, drought has become so ravaging in this part of the country after four consecutive seasons of failed rains. All we are trying to do is to bridge that big gap of two million bales," he said.

Dahir said the ambition is to help the farmers do 75 acres, something that would put into the farmers in the league of large-scale production.

One hive can produce up to 25 kilogrammes of honey, three times a year.
Counties
6 months ago
Post a comment
WATCH: The latest videos from the Star
by STEPHEN ASTARIKO Correspondent, North Eastern
North Eastern
03 October 2022 - 22:00
Read The E-Paper