• Election on Wednesday in first sitting of the assembly.

• First, 48 MCAs will be sworn in on Monday morning, then speaker will be elected. 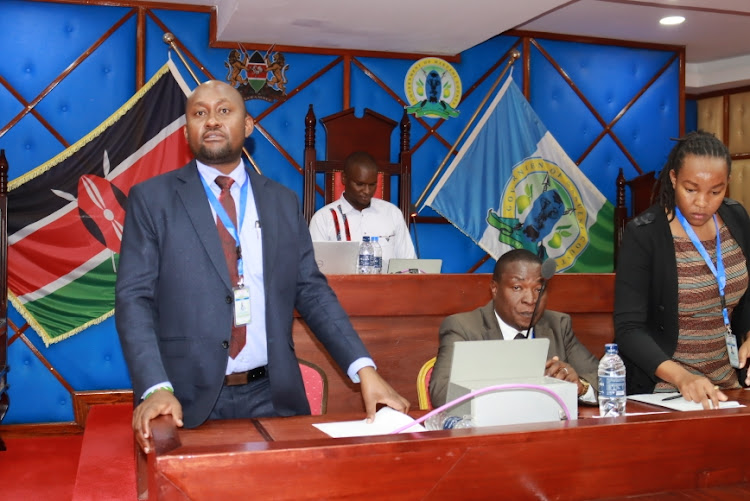 Five people are seeking the Makueni county assembly speaker's position on Wednesday at the first sitting.

Former speakers Stephen Ngelu and Douglas Mbilu also are among those cleared for the highly contested seat. Dennis Mung'ata and Muema Ndungi are also running.

"Eight people expressed interest in the speaker's position, six presented nomination papers but five qualified to vie after meeting all the requirements,” assembly clerk Kevin Mutuku said on Monday evening at the assembly building in Wote.

“Mr Jinaani Nzioki Mbiuva was not cleared having failed to meet some requirements, while Mr Japheth Katumo and Mr Justus Mutunga Mutuku did not return their nomination papers,” Mutuku said..

Mutuku said they were ready for the elections immediately after swearing in 48 MCAs on Wednesday morning.

“We have made all preparations for the speaker election. All voting materials are ready and the five candidates have been cleared by the Independent Elections and Boundaries Commission,” he added.

Prof Kaloki was the running mate of Polycarp Igathe for the Nairobi governor's seat under Azimio la Umoja but lost to Johnson Sakaja of Kenya Kwanza.

Makueni MCAs in mock swearing-in ahead of first sitting Wednesday