Abdullahi was elected to deputise Governor Anne Waiguru in the CoG

• “I accept and appreciate the vote of confidence my fellow governors have placed on me as the vice-chairperson, to steer the council for the next one year,” Abdullahi said.

• The governor said the position comes with immense responsibility but they are up to the task. 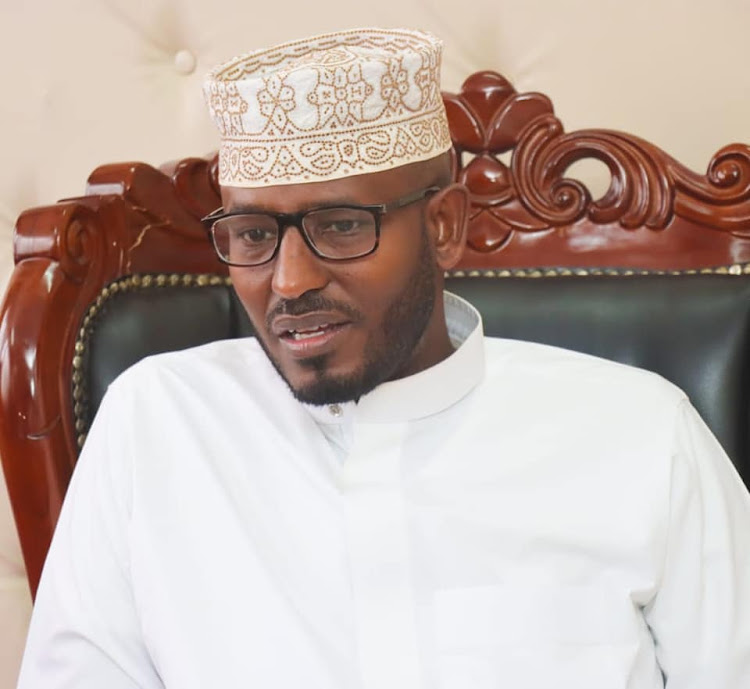 Wajir Governor Ahmed Abdullahi has promised to work closely with his colleagues to foster devolution and promote the interest of all counties.

Abdullahi was elected to deputise Kirinyaga Governor Anne Waiguru in the Council of Governors.

The governor who spoke on Sunday in Wajir town said the position comes with immense responsibility but they are up to the task.

The Council of Governors secretariat on Saturday said Waiguru was selected through a consensus.

"I want to confirm the process of electing the national leadership of the Council of Governors was smooth. All governors agreed through a consensus on the new leadership," CoG chief executive officer Mary Mwiti said.

Abdullahi who won his seat on an ODM ticket said he was deeply humbled by his colleagues trust and honor.

He also served as the chairperson of the Finance and Economic committee in 2013-2017. TO GREATER HEIGHTS: Wajir Governor Ahmed Abdullahi speaking in his office after he was elected vice-chairperson of the Council of Governors.
Image: STEPHEN ASTARIKO

“I accept and appreciate the vote of confidence my fellow governors have placed on me as the vice-chairperson, to steer the council for the next one year,” Abdullahi said.

He also congratulated the new chairperson Waiguru, chief whip Stephen Sang and those tasked to lead various committees in the council. “Together we will steer the council to greater heights."

The governor also lauded all stakeholders for the fruitful summit saying going forward they will work closely with all partners to ensure residents get services and devolution works.

The election of the leadership was in fulfillment of Section 19 (2) and (3) of the Intergovernmental Relations Act 2012, to oversee the activities of governors. 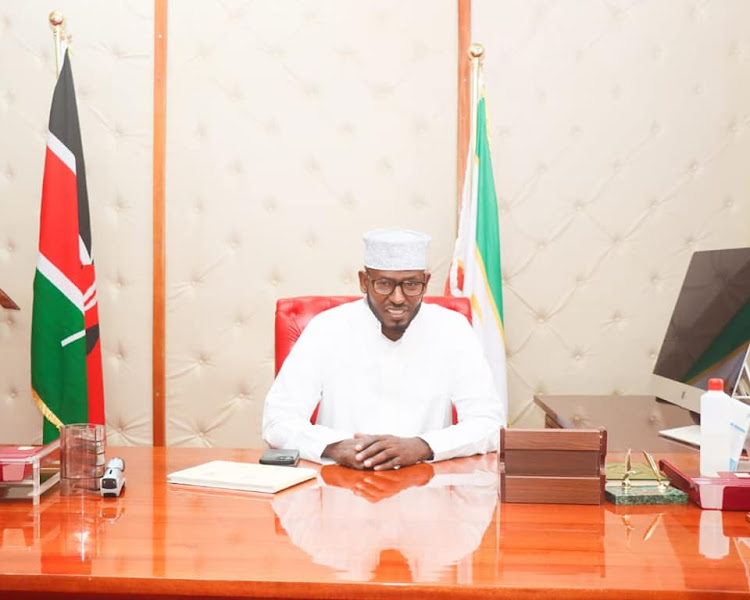 The induction summit for governors and their deputies in Mombasa was concluded on Saturday.

Kakamega Governor Fernandes Barasa will chair the Finance committee while Bungoma's Kenneth Lusaka will be in charge of Agriculture.

Taita Taveta Governor Andrew Mwadime has been tasked to chair the Water committee while Kisumu's Anyang Nyongo will be in charge of Lands.

Sakaja will be the chair of the Human Resource, Labor and Social welfare committee.
News
2 weeks ago

He said major area of dissatisfaction in the counties is the delay in transferring all the devolved functions.
News
2 weeks ago

She will be deputised by Wajir Governor Ahmed Abdullahi.
News
2 weeks ago
Post a comment
WATCH: The latest videos from the Star
by STEPHEN ASTARIKO Correspondent, North Eastern
North Eastern
18 September 2022 - 22:00
Read The E-Paper