Kwa-Ndaki Earth Dam, which has a capacity of 154 million litres, has dried up

• NDMA has pumped more than Sh330 million into improving access to water in the last two years.

• “However, despite these efforts, the prolonged drought has eroded the gains we have made over the years,” Nzomo said. 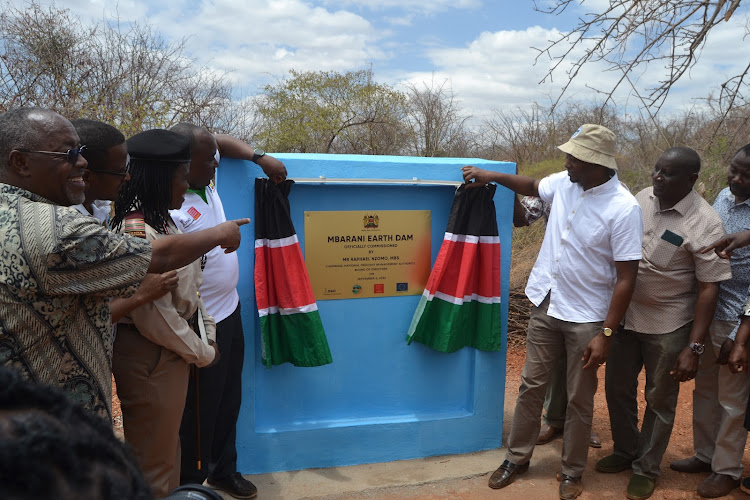 The prolonged drought is eroding efforts to make water accessible to Kenyans in ASAL counties, the drought authority says.

NDMA board chairman Raphael Nzomo said his organisation had in the last two years put an upward of Sh330 million into improving water access.

“However, despite these efforts, the prolonged drought has eroded the gains we have made over the years,” he said.

Nzomo spoke on Tuesday when he presided over the commissioning and hand over of the Sh6.4 million Mbarani Earth Dam project in Mumoni subcounty, Kitui. 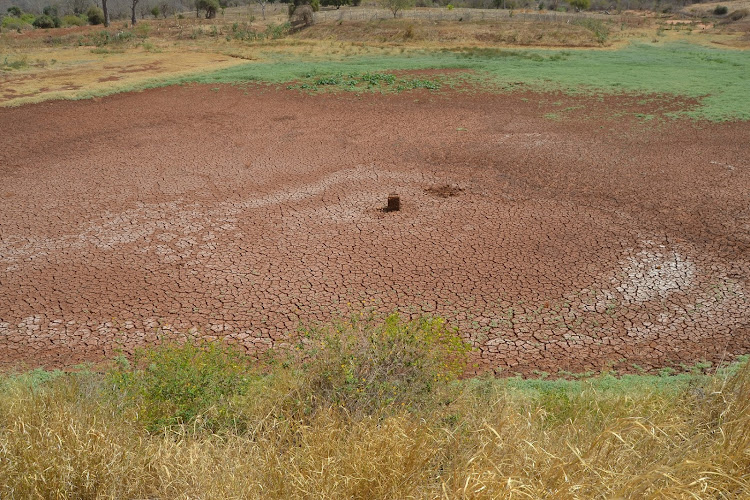 DRIED UP: The cracked-sun baked floor of the dried up Kwa-Ndaki dam in Kitui South subcounty on Monday, August 29..
Image: MUSEMBI NZENGU

“We, the National Drought Management Authority board of directors, have visited several parts of Kitui to see firsthand the impacts of drought on lives and livelihoods of the communities we serve.

"One of the glaring things is that most surface water sources have dried up,” he said.

The chairman who led his team in a two-day inspection of water projects in Kitui on Monday visited the Kwa-Ndaki Earth Dam.

He found residents languishing as the water source had dried due to drought and siltation.

“I was especially saddened to see that a dam we supported in Mathima location of Kitui South subcounty has dried up.

"This is the first time Kwa-Ndaki Earth Dam, which has a capacity of 154 million litres of water, has dried up,” Nzomo said.

He however said the Mbarani Earth Dam, which still had water is pivotal in contributing towards mitigating the effects of drought.

“The earth dam provides water to more than 5,000 residents, 20 institutions including churches and almost 7,000 livestock.

"Having water at reach has freed up some time for you to engage in incoming generating activities,” Nzomo said. 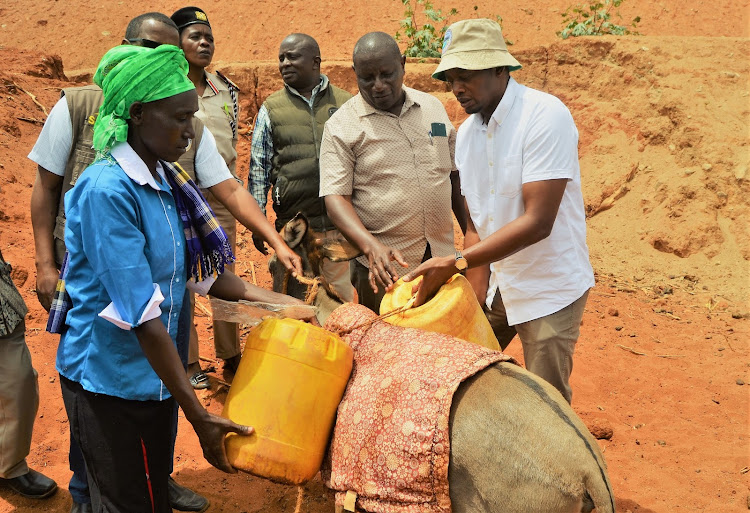 The chairman said at a time when the lengthy drought has led to the drying up of most water sources across the country, it is satisfying that his organisation is part of the initiative that permanently addresses priority needs of local communities.

“Our efforts to build long-term resilience to drought in Kitui county goes beyond Mbarani dam.

"During the last financial year alone, we have supported excavation of six earth dams across the county at a total of Sh35.2 million,” he said.

He however said the beneficiaries were among the worst-hit by the ongoing drought that has led to the drying up of dams.

The chairman further thanked the EU, IFAD and the Adaptation for Smallholder Agriculture Programme for supporting NDMA projects. 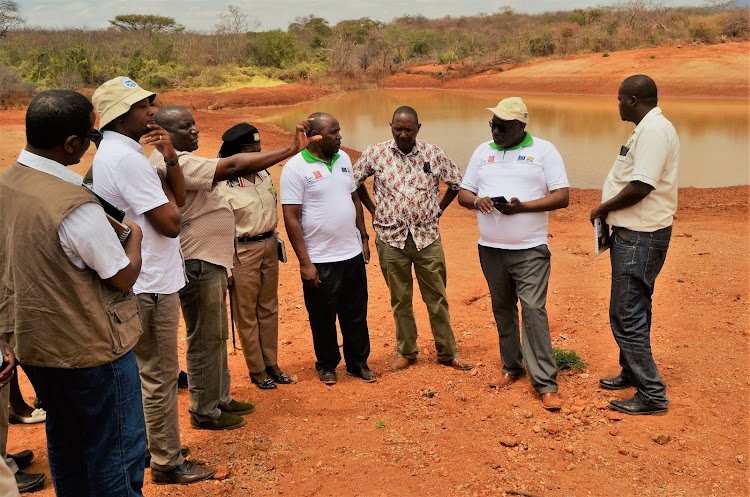 INTERVENTIONS: The Kitui director for National Drought Management Authority Francis Koma makes a point to members of the authority’s board led by the chairman, Raphael Nzomo during a tour and commissioning of the Mbarani Earth Dam project in Mumoni subcounty, Kitui on Tuesday, September 6.
Image: MUSEMBI NZENGU

More learners drop out as drought heightens in Meru

Schools have also reported a decrease in enrollment in the current term.
Counties
2 months ago

In northern Kenya, there have been no rains back to back for four seasons.
News
3 months ago