He won the seat on a wiper ticket after garnering 12,864 votes 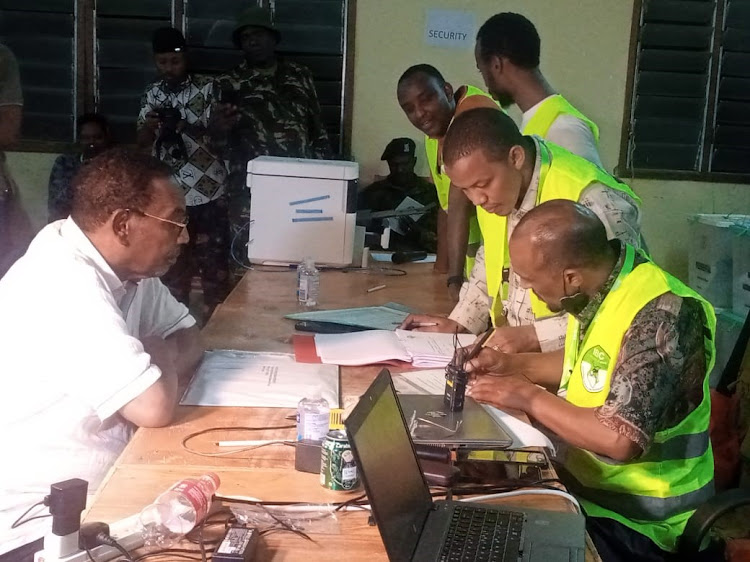 Dadaab MP-elect Farah Maalim waits to be issued with his certificate on Wednesday night after emerging the victor.
Image: STEPHEN ASTARIKO

Former deputy speaker Farah Maalim has made a political comeback after winning the Dadaab MP seat.

Maalim, who has been in the political cold for 10 years, won on the Wiper ticket.

He got 12,864 votes while his closest competitor Abdikheir Dubow of ODM garnered 9,740. Ahmed Isaac got 34 votes.

Maalim represented the larger Lagdera constituency from 2007 to 2013.

It was third time lucky for the former Lagdera MP who in 2013 ran for Senate but lost to Yussuf Haji (deceased).

In 2017 he ran for Garissa Township MP but was floored by incumbent Aden Duale.

At the time, he claimed the votes were rigged in favour of his opponent and proceeded to court but later withdrew the case. 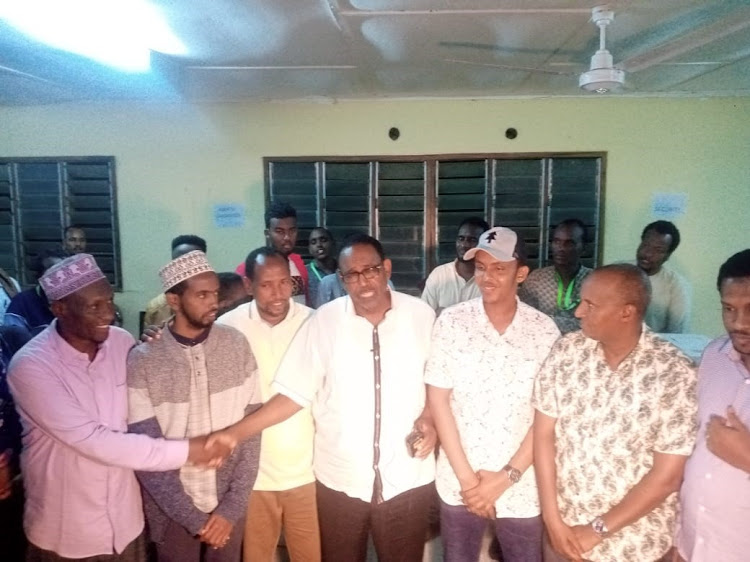 Dadaab MP-elect Farah Maalim is congratulated by his supporters moments after being declared the winner on August 10, 2022.
Image: STEPHEN ASTARIKO

After being floored, he retreated to family business and partly as a political analyst. In 2019 he declared his interest in the Dadaab MP seat.

In Northeastern, clans play a major role in politics. Both Maalim and Dubow come from the Aulihan clan.

Political observers had put Dubow as the front runner because his subclan is the biggest.

The fact that former MP Mohamed Dahiye comes from the same clan as Dubow and had thrown his weight behind him was thought to be an added advantage.

Speaking to the press after being declared the winner and being handed the certificate, Maalim thanked voters for giving him an opportunity to serve once again.

“I don’t have enough words to thank the people of Dadaab for bestowing in me the trust to lead them once again. It has been a long journey but one that ended with a happy ending. Now the real journey and work of transforming the lives of our people begin,” he said.

“As always we want to prioritise issues to do with water, education and general improvement of infrastructure. I will also work closely with both sets of governments for the betterment of our people.”

The IEDs have since been destroyed by explosive experts.
News
2 months ago

Says some serious white smoke will soon come out.
Counties
3 months ago