Six candidates were cleared to run for Garissa Township MP.

Five men were seeking to grab the seat from Aden Duale.

Among the contestants was Abdi Nasir Dolal, who was taking a third stab but yet again lost to Duale.

Dolal, who came in second, is a seasoned politician who has been trying to grab the seat from Duale since 2013 when he first contested on the ODM ticket but narrowly lost to Duale.

In 2017, elders from his Awlihan clan prevailed on Dolal to give up his political ambitions in support of Farah Maalim of Wiper who also lost to Duale.

Dolal gave it another go this time around but lost to Duale again.

According to political analysts, Dolal, who is commonly known as 'jofle', was Duale's biggest threat since he was the only one fronted from his clan unlike Duale whose Abduwaq clan had three candidates.

Dolal stormed out of the tallying centre moments before Tuesday's poll results were announced, saying they were marred by malpractices.

Duale retained the seat for the fourth consecutive term after defying his clan elders' wish for him to step down.

Siyat Osman (Jubilee), who was in November last year endorsed by the Abduwaq council of elders, managed a paltry 894.

The other contestant was Abdullahi Yunis (Democratic Congress).

The elders, as part of negotiated democracy and in a bid to have the seven subclans share the county and national seats, picked Osman over Duale. Both men are from the same clan.

But Duale told off at the elders, saying he had no time for clan endorsement. He said it was the more than 50,000 voters in Garissa Township who would elect their MP and not a few clan elders.

Negotiated democracy remains common in Northeastern, with clan elders playing a crucial role in picking those to contest for various seats.

Often, those picked end up winning.

For one to defy the clan elders and go ahead to win, then they must be a very strong candidate on the ground.

Speaking outside the Garissa University tallying centre moments after being declared the winner by returning officer Abdi Yunis, Duale, who now becomes the longest-serving MP in Nothern Kenya, thanked the voters for having confidence in him and reelecting him.

"I want to sincerely thank the great people of Garissa for standing with me and supporting me since I joined politics and walking the journey with me ...Your unwavering support is what has made me an MP since 2007 when I joined politics. Without it, I wouldn’t be where I am today. I am deeply humbled and I don’t take it for granted,” he said.

“I also want to thank my family, my wife and children, immediate family members, the Kenya Kwanza fraternity, not forgetting my worthy opponents. I will serve all those who voted for me and those who didn't. Because from today, I am your member of Parliament.” 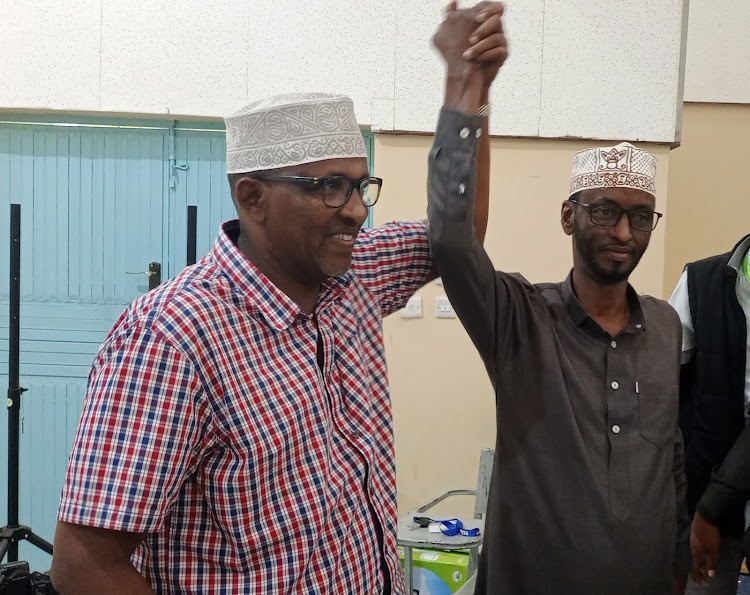 The MP-elect said he has done a lot in his 15 years as legislator, adding that his plan is to continue with the same trajectory of scaling development heights in the constituency.

Duale said through the CDF kitty, many children from less fortunate families have achieved their dreams and no deserving case has been left out.

“You are all my witness that the CDF kitty is one of those that are professionally managed with no nepotism or tribalism. We give all, provided you are a resident of Garissa. It gives me so much pride and satisfaction when I meet young men and women who tell me they benefited from the kitty and ended up being important people in society.” 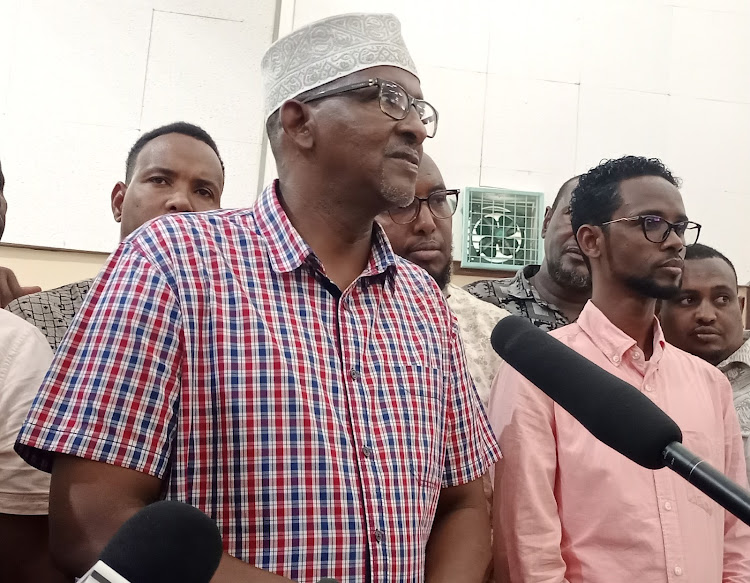 Duale said he had during his tenure improved infrastructure, roads and pushed for connectivity to the national grid as well as empowering women through the affirmative action fund.

“We all know what Garissa used to be some years back. The issue of power outages had really become a thorn in the flesh of the residents. But I pushed the national government to have Garissa town and neighbouring towns connected to the national grid and it happened,” he said.

“As am speaking to you, we have managed to empower hundreds of women through the Women Enterprise Fund. Many have gone ahead to start businesses, which have grown in leaps and bounds and in turn uplifted their families. These are some of the things that give me joy when I sit and look back.”

Duale was first elected to Parliament in 2007 through ODM in the then Dujis constituency where he rose to become an assistant minister in the Ministry of Livestock.

Says politicians should not resort to clan manipulations for sympathy votes.
Counties
3 months ago