• Elderly voters decried the failure of IEBC Kiems kits to recognise their fingerprints before they could be allowed to vote.

• Elder Dubat Amey said it is unfortunate that such people who have travelled from different areas would miss out in the voting exercise over fingerprints due to their age.

A section of political leaders in Garissa County are calling on the IEBC to urgently resolve technicalities in which the Kiems kit is failing to recognize the fingerprints of the elderly voters. 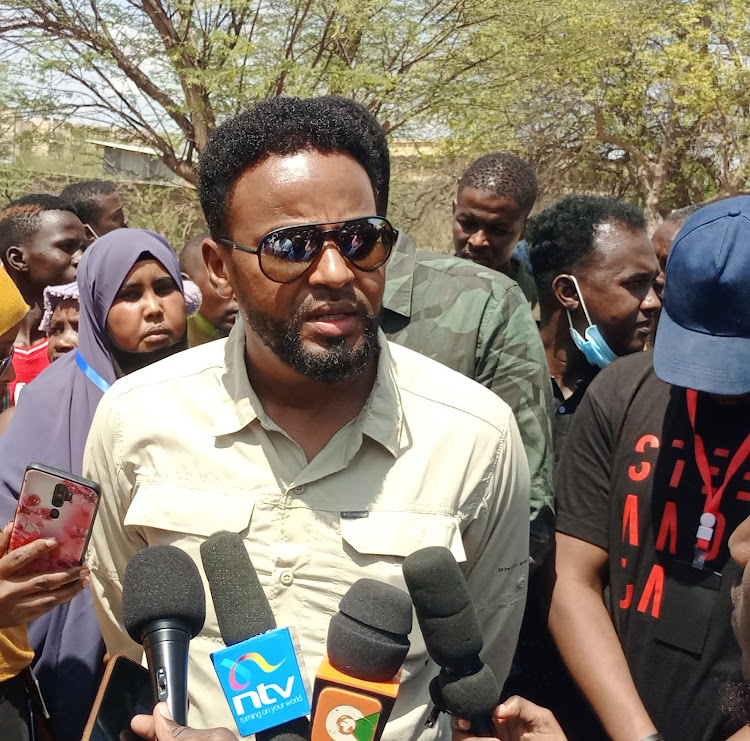 A section of Garissa leaders are urging the IEBC to resolve technicalities in which the Kiems kit failed to recognise fingerprints of the elderly voters.

Garissa Senator Abdul Haji, however, said despite the challenges in identifying the elderly, there is no need for alarm as there are complementary mechanisms.

Haji, who is seeking to defend his seat, spoke after voting at the Garissa Primary polling station.

“There are a number of people whose thumbs are not captured in the Kiems kit but I want to urge the polling officers to use other means of identifying the voters.

"Use their ID cards so that each and every voter not only in Garissa but in the whole country gets to vote for their leaders and choose the next government,” he said. 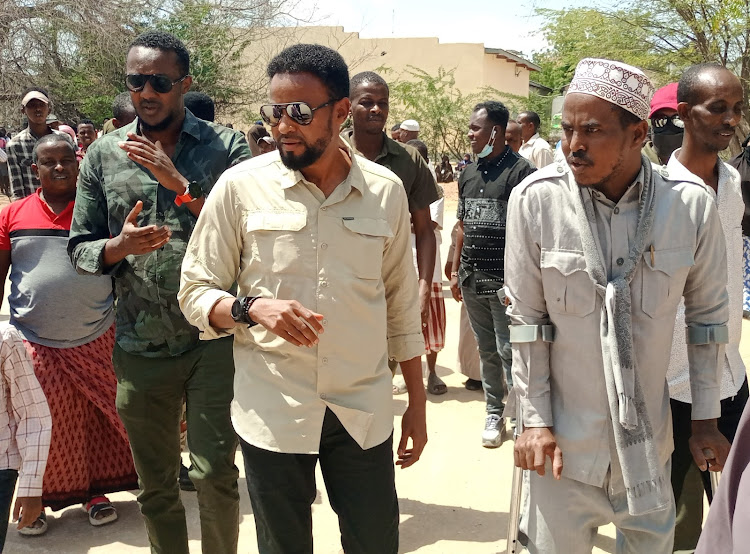 The senator said he found between eight and 10 elderly people in almost every polling station with the issue.

"There is a complementary system so everyone should be patient and wait for the IEBC to sort out the problem,” he said.

Haji urged the IEBC officials to quickly work on ways to serve the elders so that they can go back to their homes.

“We have been told that though there are challenges with the thumbs, it is still working if they retry a few times. As leaders, we are asking our elders to be as patient with IEBC on the issue,” he said.

Elderly voters had decried the failure of IEBC Kiems kits to recognise their fingerprints before they could be allowed to vote.

Elder Dubat Amey, who is also disabled, said it is unfortunate that people who have travelled from different areas would miss out in the voting exercise over fingerprints due to their age. 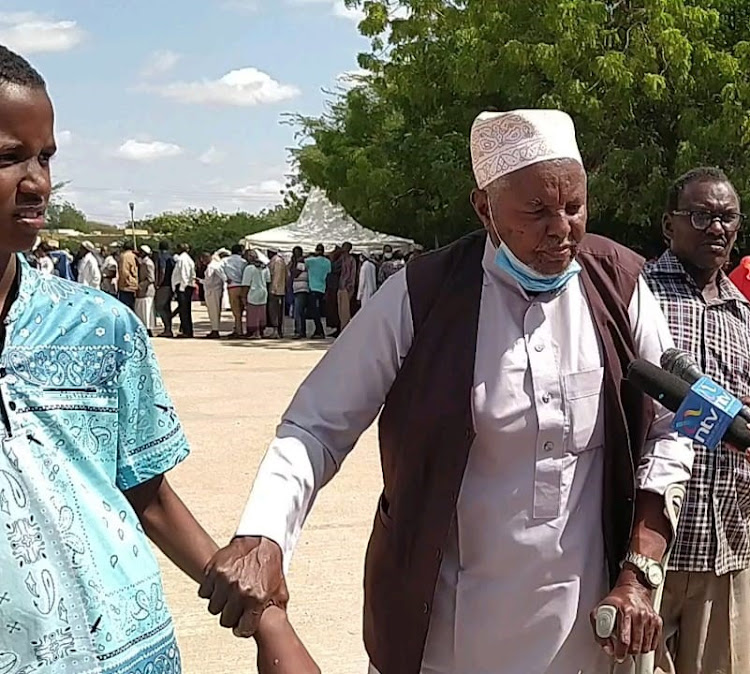 “We have been told that if our names are not in the electronic register, we can still use the manual voter register. However, our fingerprints must be recognised first," he said.

Amey said the IEBC technical teams should handle these problems so that they can be allowed to vote.

“I have seen a few other elderly people like me whose fingerprints are having issues because of our age.

"I hope this issue will be solved so that no one is denied a chance to vote before the polling stations close at 5pm,” he said.

Zara Mohamed, whose thumb print was not also recognised, said if the issue is not quickly addressed, hundreds of the elderly voters in the county will not be able to vote.

“I was wondering why the elderly men and women were leaving the queue. Only to realise they have been told to wait so that the issue of the Kiems fingerprints can be sorted out.

"We cannot just stay here because of our age. Most of us were only coming to vote and go back home,” Zara said.

He was responding to court order that suspended manual register.
News
1 month ago

He engaged briefly with the presiding officer before walking out.
News
1 month ago