Says the county's situation has moved from bad to worse 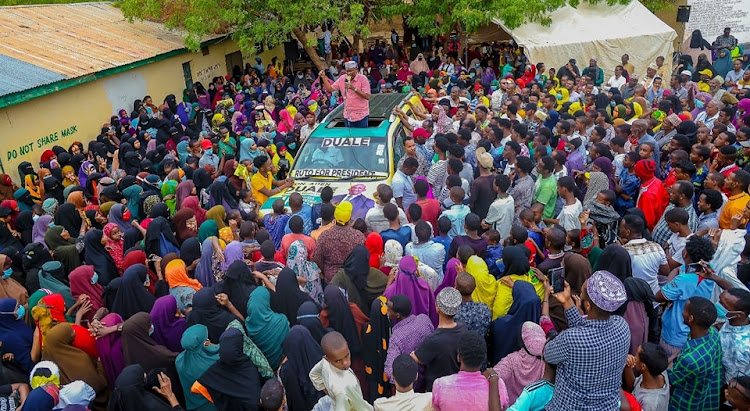 Garissa Township MP Aden Duale has hit out at Governor Ali Korane accusing him of overseeing an administration that failed to deliver to residents.

Duale also apologised to residents for supporting Korane in the run up to the 2017 polls.

He spoke on Tuesday while addressing residents of Jaribu and Bulla Sheikh.

In 2017, Duale -then in the same camp with Korane - mounted a vigorous campaign for the governor. 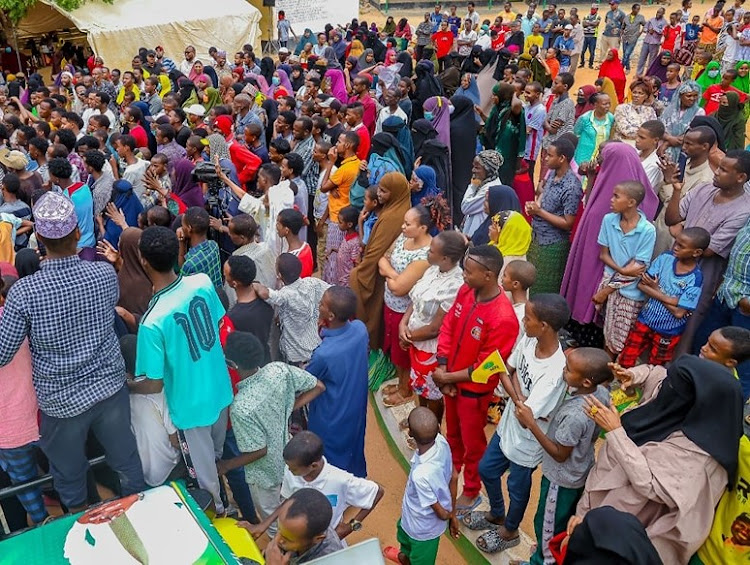 At the time, Jubilee affiliated parties won all elective seats in the county.

However, Duale, who has since shifted camp and is now seeking to recapture his seat on an UDA ticket, said electing Korane would be catastrophic.

“In 2017, I was on the forefront in campaigning for him. In fact we mounted such a vigorous campaign like never seen before, with our manifesto based on bringing change and services to the people. Unfortunately the county's situation has moved from bad to worse,” he said.

The governor has been blamed for doing little to address the water crisis in Garissa town, with the Garissa water and sewerage company staff threatening to strike following months of unpaid salary.

Residents have for months resorted to buying water from vendors at an exorbitant fee. 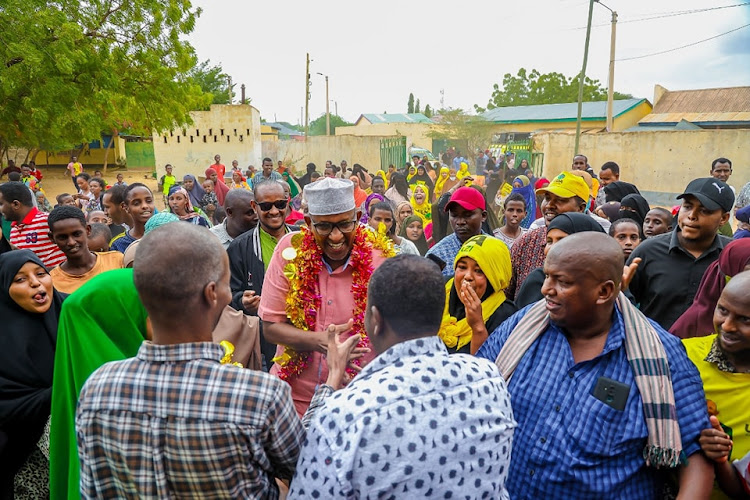 Hospitals have also been facing acute shortage of medical supplies, scarcity of ambulances and lack of oxygen. Something that has led to an increase in infant and maternal mortality rates.

Duale said it pained him to see how badly the the county has been mismanaged with no services to the people.

He urged residents not to gamble when it comes to electing the next crop of leaders.

“I am calling on the electorate to make their own choices at the ballot. This time I don’t want to be blamed for supporting a candidate who then ends up being a total failure.

"This time round with all humility and respect kindly allow me to only campaign and ask you to vote for me and Deputy President William Ruto,” Duale said.

The legislator further thanked residents for supporting him since he joined politics.

“You have been electing me on different political parties and this shows the level of confidence and trust that you have in my leadership. I don’t take this for granted,” he said.

Korane however defended his administration against accusations of poor performance saying even though he had not achieved all he promised in his manifesto, he has implemented majority.

The governor spoke during an interview with RTN (a local tv station) at the Garissa university two weeks ago.

He said limited resources and delays in funds disbursement are partly to blame for slow implementation of some projects.

"In the last five years we have managed to improve water and health care services. We also built a modern market and we now have county offices. Lets give credit where it's due and not criticise for the sake of it," Korane said.

In terms of clan matrix, Duale comes from the same sub clan as Korane, Rer Yahya.

Political commentator Abdi Ali says one cannot just write off Duale’s influence when it comes to Garissa politics and especially that of the constituency he represents, which is not only vote rich but cosmopolitan.

“In this case, it is Korane who is the biggest looser. It is an open secret that Duale who remains a darling of the masses, played a big part in Korane’s victory in 2017. The fact that he is now campaigning against him will definitely see his numbers shrink at the ballot,” he said.

Say Kenya Kwanza has no support in the region and Azimio will win majority of the seats.
Counties
1 month ago

The former National Assembly majority leader claims the senator has a valid degree.
Counties
1 month ago

Says politicians should not resort to clan manipulations for sympathy votes.
Counties
2 months ago

Duale raises concern over slow internet ahead of polls

Says he was forced to wait for close to two hours before being cleared.
News
2 months ago
“WATCH: The latest videos from the Star”
by STEPHEN ASTARIKO Correspondent, North Eastern
North Eastern
03 August 2022 - 22:00
Read The E-Paper