Over 100 Marsabit youth, women get equipment to boost trade

•  Jattani said the youth should be disciplined so as to become responsible citizens adding that the county cannot develop if they keep engaging in negative activities.

•  "Security challenges could be addressed effectively if women and youth team up with security agencies and other stakeholders," she said. 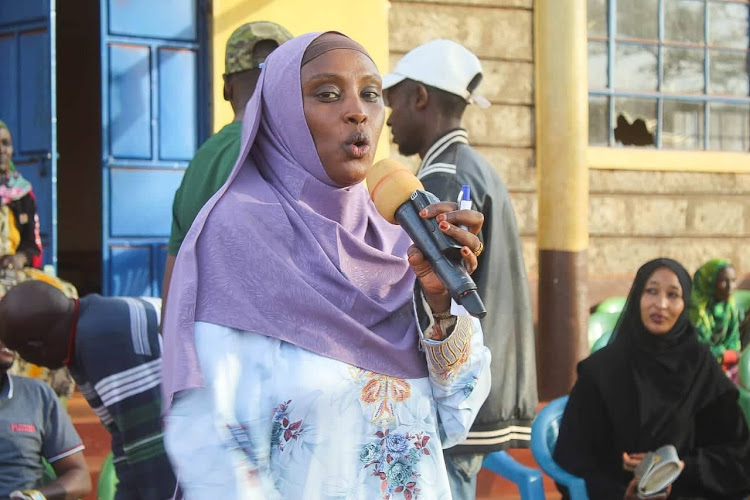 Jattani said the donations will help the county grow economically and assist women to diversify and also become employers.

She spoke on Monday while issuing the items in Sagante Jaldesa ward.

The county's first lady said the gesture is in line with Governor Ali Mohamud's vision of transforming the county by empowering the downtrodden.

She said the items will help reduce the high rate of youth unemployment, keeping them busy and away from drugs.

Jattani said the youth are important to the socio-economic development of the county and their energy needs to be tapped for meaningful progress.

She urged young people to stay away from anti-social vices and instead pursue helpful ventures that would empower them economically.

The county's first lady said the youth should be disciplined so as to become responsible citizens adding that the county cannot develop if they keep engaging in negative activities.

She said the Marsabit government is committed to establishing women and youth empowerment programmes.

She encouraged the youth and the women to join self help groups for ease of access to government empowerment funds. 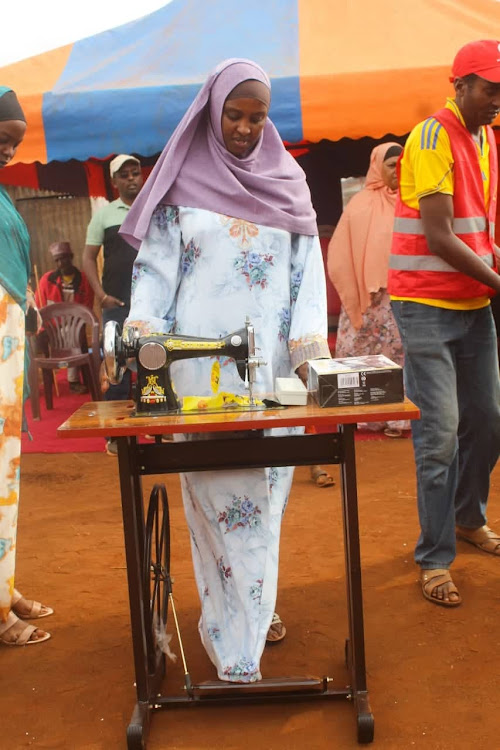 She said residents should seize opportunities in small scale businesses to improve their livelihood and living standards.

Jattani said women should put in more effort and develop their society regardless of their social status, adding that women have the power to effect change in a society and transform their spaces.

She further said women and youth should be involved in efforts to find lasting solutions to the security challenges in the county, as they are the most affected groups.

"Security challenges could be addressed effectively if women and youth team up with security agencies and other stakeholders," Jattani said.

The county's first lady also urged women and youth to support and vote for Governor Mohamud and his team in the upcoming polls.

She defended governor's track record saying the scholarship programme and National Hospital Insurance Fund cover touched on the lives of less fortunate in the county.

Jattani said Governor Mohamud's administration has made strides in the health sector by upgrading the heath center and initiating the new Sololo Level 4 Hospital and medical training college.

"The construction of a medical training college will not only boost the county's economy but give learners the opportunity to train in their own county," she said.

The county's first lady however urged the governors rivals to showcase their development record and what they intend to do differently, instead of talking ill of the government.

She also rallied residents to support Azimio's presidential candidate Raila Odinga saying through him development would be realised.

Former Saku MP Hussein Tari Sasura also warned his community against voting for their own in all elective seats, saying such action will have consequences in future election.

He said no community can clinch elective seats on their own without formidable alliances.

The former legislator however lauded Mohamud's administration on the scholarship programme and NHIF that benefited 10,000 needy households in the county.

He termed the governor as a visionary leader focused on improving the lives of residents through various development projects.

Sassura also hailed the equalisation of ward development funds and construction of both Sololo Level 4 Hospital and the medical training college.

The women's chairperson Fatuma Godana lauded the governor's wife for her dedication to the growth of women in the county.

She lauded her commitment in reproductive, maternal and neonatal advocacy saying it significantly reduced the high mortality rates among women and children.

Godana said, through her project " Gaddis Gamme" she has done a lot to contribute to the deceleration of female genital mutilation.

Youth leader Somo Wario welcomed the empowerment programmes, saying without such income generating activities, many young people would end up in criminal activities.

He said the items will assist them to engage in productive activities and asked youths to embrace it and keep off drugs.

Wario further said the governor has a proven record of excellence of service to the people and is the better candidate.

"We know what is good for us, everyone can see governor's development record. He is the only one to take us out of this wilderness to the promised land," he said.

Over 1,500 residents benefit from free eye clinic in Marsabit

Say politicians should be peace ambassadors and not fan the embers of disunity.
Counties
1 month ago

In Operation Rejesha Amani Marsabit the team received five rifles, which were surrendered to the local officials.
News
1 month ago
“WATCH: The latest videos from the Star”
by ABDIKADIR CHARI
North Eastern
03 August 2022 - 22:00
Read The E-Paper