It's Mwingi turn to produce next county chief— Musila 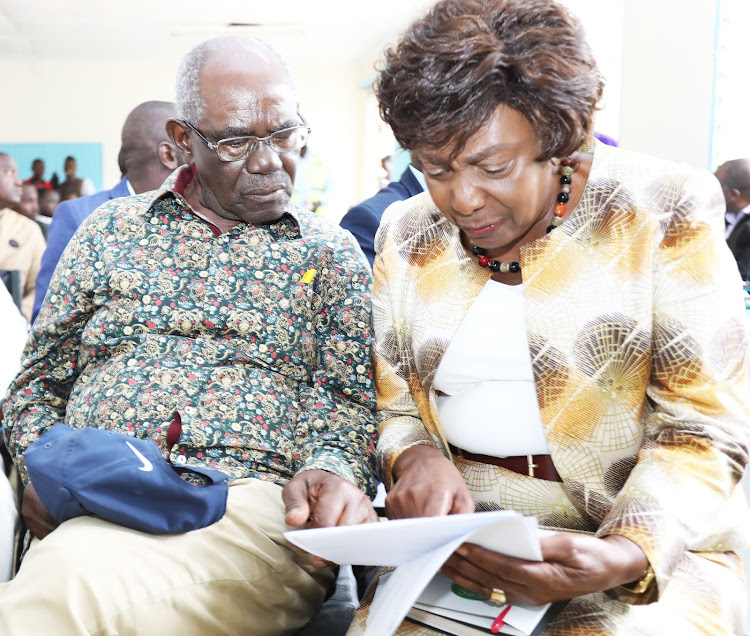 TOGETHER Kitui governor Charity Ngilu and gubernatorial aspirant David Musila at a past event in Kitui town
Image: FILE

A week to the general election, Kitui gubernatorial aspirant David Musila has said it was time the larger Mwingi region produced the next Kitui governor for reasons of political magnanimity.

Both demographically and politically, Kitui county is divided into two areas —Kitui and Mwingi.

Musila said on Sunday that since he was the only person from Mwingi region seeking the governor seat in the August 9 polls, it was imperative to elect him to succeed Governor Charity Ngilu.

“The larger Kitui section of our county has produced two governors in Julius Malombe and Ngilu. It therefore would be an act of fairness that the next governor comes from larger Mwingi region,” Musila said.

He sent out an appeal to the  people of Mwingi to support his bid and to vote for him as a bloc to ensure he clinches the governorship.

The former Kitui Senator made the remark during a whirlwind campaign tour of Kyuso ward in Mwingi North subcounty where he addressed rallies at Kyuso, Kimangao, Kamuwongo and Itivanzou trading centres.

His other two rivals for the seat are Malombe and former Nairobi deputy governor Jonathan Mueke from Kitui. “The rule of equilibrium demands that gubernatorial position should got to Mwingi this time,” he added.

“It is upon the people of Mwingi area to know that it is the ideal time to have one of your own as the governor of Kitui. You therefore must come out in your numbers on the polling day to vote for me to the last man. No one should be left behind during the polling day,” he said.

He said should the people of Mwingi squander the opportunity and not come out in their numbers to vote, they will only have themselves to blame. “It is time for you to make hay while the sun shines,” he said.

Musila said should the people of Mwingi support his bid, he was confident of being the next governor come next week’s elections.

He at the same time defended himself against claims by his competitors that he was old saying he was mentally and physically fit to hold office as governor and perform beyond expectation on many naysayers.

Says Ngilu has been rejected by residents and they will not vote in anyone seconded by her.
Counties
4 months ago