THEY CAN'T BEAT ME! 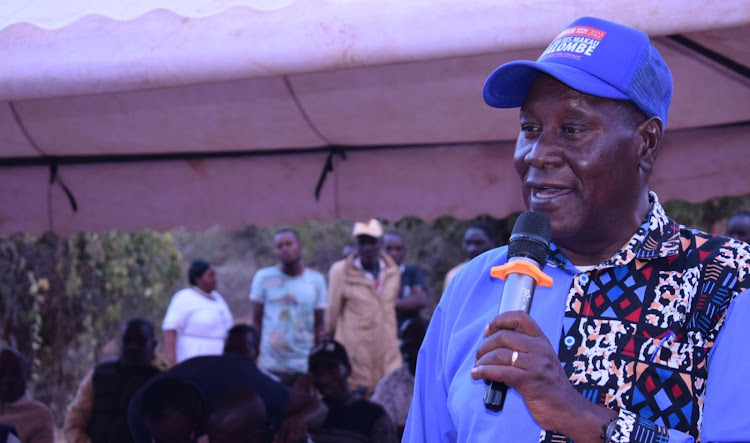 Former Kitui governor Julius Malombe has said even if Governor Charity Ngilu backs all his competitors, they can never floor him in the upcoming election.

He rubbished the recent move by Ngilu to second Jubilee's David Musila saying her support will help him win the seat.

The Wiper candidate spoke during campaigns in Kanzui market, Mwingi Central on Monday.

"The reason Ngilu backs Musila is that she is politically incapable, having fraudulently run Kitui and leaving it with nothing to show," he said.

On Saturday, Ngilu publicly announced her support for Musila as her successor.

She spoke during a burial ceremony in Mwingi.

Malombe however said the move is to his benefit as Ngilu has been rejected by residents and they will not vote in anyone seconded by her.

"I have emerged the winner in every opinion poll conducted in Kitui on the gubernatorial race, with more than 70 per cent of the votes," he said.

The former governor said even if his opponents joined hands, he will still beat them with more than 20 per cent of the votes.

He said together with his team, they have also put up measures to ensure their votes are not interfered with. 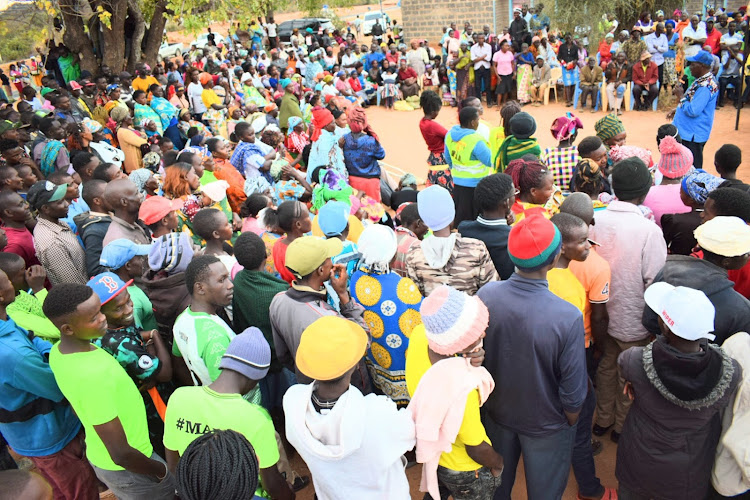 The governor said she will use all she has to support Musila who lost to her in the 2017 election.
Counties
4 months ago