• “They propose dates and direct the women to isolated places where they later attack, rape, harm and rob them before leaving them for dead,” the source said.

• Police said the suspects were found in possession of various items belonging to complainants, during their arrests. The personal belongings included mobile phones. 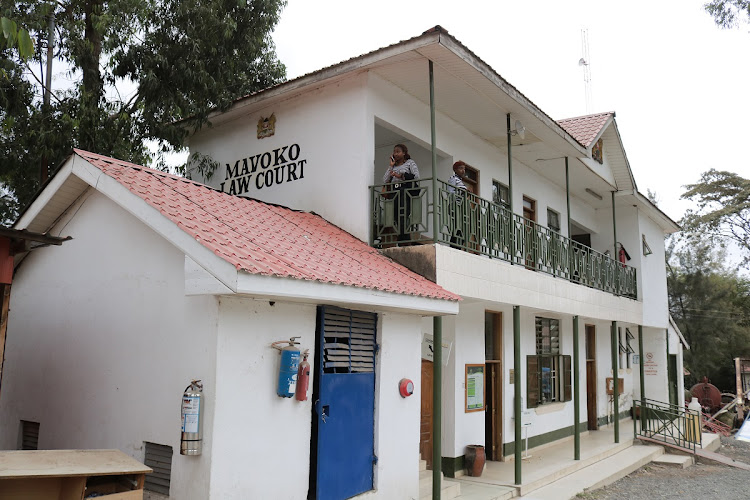 A gang rape suspect who fled from Machakos has been arrested in Mombasa county.

Evans Keriago, 30, was smoked from his hideout in the coastal city on Saturday and taken to a police station within Athi River subcounty, where the matter had been reported.

Police officers had trailed Keriago from his house in Mlolongo's Airways estate.

The officers presented him at Mavoko law courts on Monday and made a miscellaneous application to detain him for 14 more days to complete investigations.

Keriago is accused of gang rape and robbery with violence within Airways estate in Mavoko, Machakos county.

The suspect is accused together with Edwina Machuka, 29, and Joel Orina, 23, both held in remand.

Police say the three are part of a nine - member gang rape syndicate, which operates in Utawala’s Airways estate and its environs.

They lure young women of between 20 to 35 years through social media dating sites.

A police source privy to the investigations told the Star gang rape cases have been on the rise in the area since November 2021.

"Each month, at least two cases are reported at the police station. So far, four cases have gone to court while three others are pending conclusion and determination.

"Ten cases are also pending to be taken to court due various reasons including the fact that some of the victims are yet to be in stable conditions to pursue their cases,” the source said.

He said the suspects were found in possession of various items belonging to complainants, during their arrests. The personal belongings included mobile phones.

“They lure their targets through social media dating sites promising them love and good life. They then propose dates and direct the women to isolated places where they later attack, rape, harm and rob them before leaving them for dead,” the source said.

Police said the suspects also transfer money to their personal phones and borrow loans including Fuliza using the victims phones and personal accounts.

“The suspects attack their targets using crude weapons. They also claim to be armed,” he said.

Police said most of the victims who were treated at Mama Lucy Hospital in Nairobi are from Nairobi county and environs.

“There is a possible coalition with a woman in one of the cases. She is still at large. There is also a boda boda operator involved in the syndicate,” he said.

Out of the nine suspects, three are in custody while others at large.

The forensic lab is also expected to help unravel difficult cases that have been difficult to crack.
InPictures
2 months ago

GSU officer sentenced to 15 years in prison over rape

Anthony Ongere Moseti alias Kelvin was taken to court on charges of rape in 2018.
News
3 months ago

They say the fake online adverts require people to send money as part of the job qualifications.
Counties
1 month ago
“WATCH: The latest videos from the Star”
by GEORGE OWITI Correspondent - Machakos
North Eastern
05 July 2022 - 22:00