•Ndeti claimed Waita had resorted to issuing threats since he has sensed defeat.

•On Monday, Waita dismissed the claims stating that his statements were misinterpreted by those demanding his arrest. 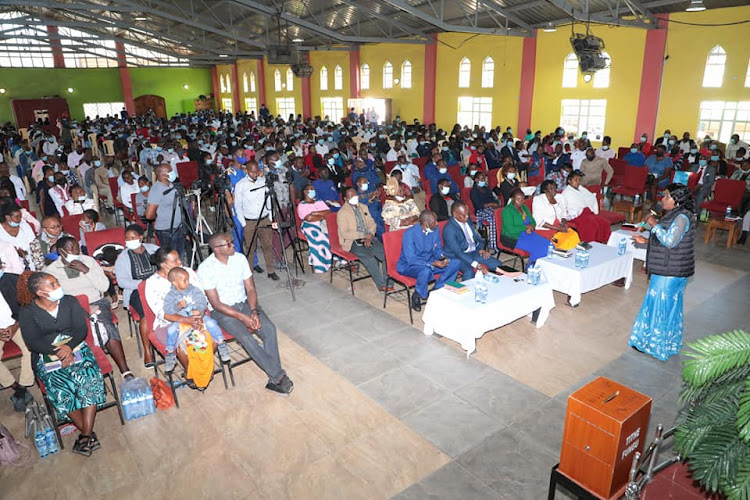 They said Waita should be compelled to explain what he meant while addressing more than 300 supporters, who had defected from Wiper and UDA at a Machakos hotel.

“Wiper is the most dominant political party in Ukambani. I urge the Kamba nation to give Kalonzo foot soldiers by electing Wiper candidates for both county and national governments seats,” Ndeti said.

The leaders spoke during a joint presser at AIC Kasina church in Mlolongo, Mavoko subcounty, on Sunday.

“People shouldn’t interfere with Wiper. We are not interfering with their parties. Everyone should sell his or her party but saying  ‘katakata na kuwang’oa’ is wrong,” Ndeti said.

Ndeti claimed Waita had resorted to issuing threats since he has sensed defeat.

“People of Machakos including myself are shocked, Waita told Wiper leaders that ‘atawakatakata na kuwang’oa Machakos'. We are calling the state to investigate why some leaders threatening others," Ndeti said.

“As Wiper leaders, we won’t take it for granted, let relevant authorities investigate Waita over his remarks."

Makau claimed he was also a target following the remarks.

“I call on the Directorate of Criminal Investigation alongside the NCIC to intervene by probing the gubernatorial candidate. Let him explain what he meant,” Makau said.

He said the Chama Cha Uzalendo candidate should respect the public, especially women.

“Let him respect women. Kambas are peaceful and respectful. Let him leave Ndeti alone and fight his fellow men like me. Wavinya Ndeti is a No go zone,” Mwangangi said.

On Monday, Waita dismissed the claims stating that his statements were misinterpreted by those demanding his arrest.

Through his campaigns spokesman Caleb Kaka, Waita termed the claims as choreographed confusion.

“The people of Machakos are used to Wiper and Wavinya crying foul to win sympathy votes. Wavinya has been rejected by the people twice and in 2013 and 2017," Kaka said.

"It's quite baffling that, with a quality candidate like Waita in the race, Wiper still dreams of getting any votes in the Governorship race. Wiper thinks they can confuse the people and present Waita as a demon.

"They started by saying that he was not a resident of Machakos but the people of Kalama, where his father was born affirmed his heritage. They are now saying that he is Maasai, Borana etc. This is utter nonsense. Now they are trying to link him to violence. It won't stick."

Kaka said Waita was clear from four months ago that he would be "cutting back" Wiper in Machakos.

“There is nothing peculiar he said and it's hilarious that Wavinya and Makau, who clearly lack a plan for Machakos, now want to go for sympathy votes with false accusations.  The absurdity is laughable," Kaka said.

Kaka further claimed that Makau and Wavinya are woking together to share the county government if Wavinya wins.

" Makau has also come out clearly, in a viral video that Wavinya agreed to share the government 50/50 with him if she wins," Kaka said.

"He is the real running mate to Wavinya considering the particular deal they made as he stepped back for her. That would put the control of county busines into the hands of two relatives. Doesn't Masinga, Yatta, and Mwala matter? Why are they trying to take the people of Machakos for fools."

Kaka claimed Wavinya and Makau insulting Waita because they want to delay the liberation of residents.

“We all witnessed the unfortunate incidents with Kalonzo telling Waita to give way to Wavinya. Why would Kalonzo get involved if they knew she was strong enough to win?" Kaka asked.

"Waita has run an issue-based campaign in Machakos and won the hearts of the people. They wasted time attacking him and now they are going for sympathy votes. People are now awake to political con games and innuendoes. We are ahead and will win because the people are with us." 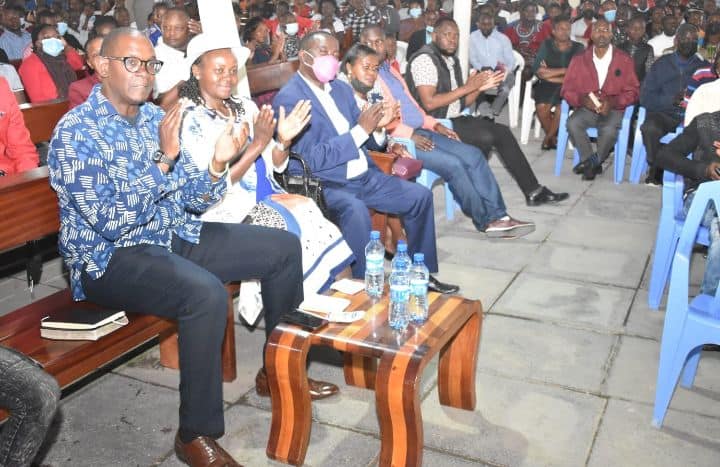 No zoning in Machakos, I will defeat Waita —Wavinya

Says her competitor and CCU leader shouldn’t be forced to step down for her.
News
1 month ago

He trashes claims that there are forces pushing him to step down in favour of one of his competitors.
Elections 2022
1 month ago

Say voters should only vote for Raila and Wiper candidates at county level
Counties
1 month ago
“WATCH: The latest videos from the Star”
by GEORGE OWITI Correspondent - Machakos
North Eastern
04 July 2022 - 22:00
Read The E-Paper