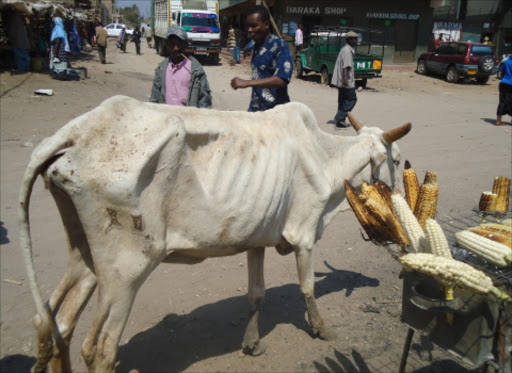 The government is set to slaughter 1,823 cattle to provide relief food to more than 18,250 households and institutions in Isiolo county.

The Kenya Red Cross Society is the lead implementing agency for the exercise.

Marube urged KRC to speed up the process, starting with the formation of village-level committees to ensure deserving residents sell their animals in time to give room for slaughter and distribution.

Marube spoke on Friday during the County Steering Group meeting.

He said the looming drought calls for swift intervention from diverse players to save livestock owners from agony due to rain failure for several seasons.

The administrator said the government would distribute the meat to schools, health centres and special interest groups in the county.

Kabelo said the cash transfer will be distributed to villages in Muchuro, Manyatta Prison, Badana in Garbatula subcounty and Biliqo Marara, Dima-Ado and Awaristu in Merti subcounty.

He said the situation is complicating the drought crisis by creating a conflict between herders and wildlife at night.

Murithi said the government has been undertaking water trucking in Modogashe and other areas that are hard hit by drought effects.

He said water trucking efforts ought to be increased to address the water shortage in the vast Arid and Semi-arid lands.