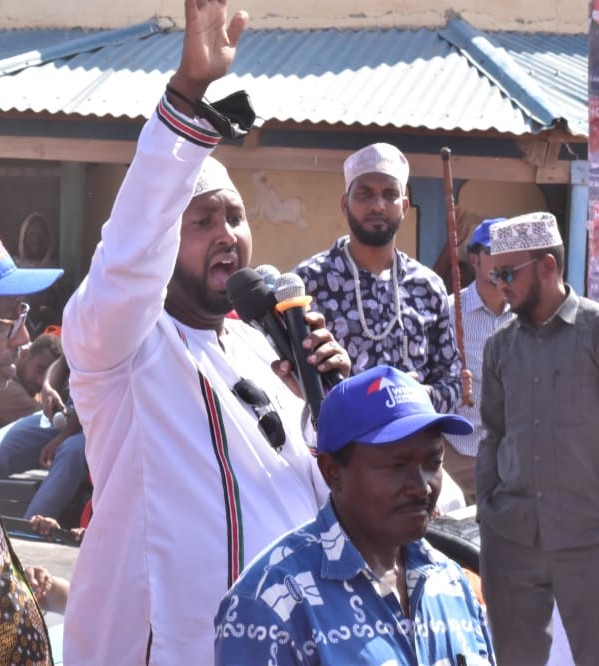 He also urged the electorate to scrutinise all candidates and only vote for those with an agenda to transform their lives.

He urged the electorate not to focus on party or clan affiliations but agenda and track record.

The Wajir governor seat has attracted a record seven candidates, the most in any county in Northeastern. Majority are vying on parties affiliated to the Azimio- One Kenya alliance. 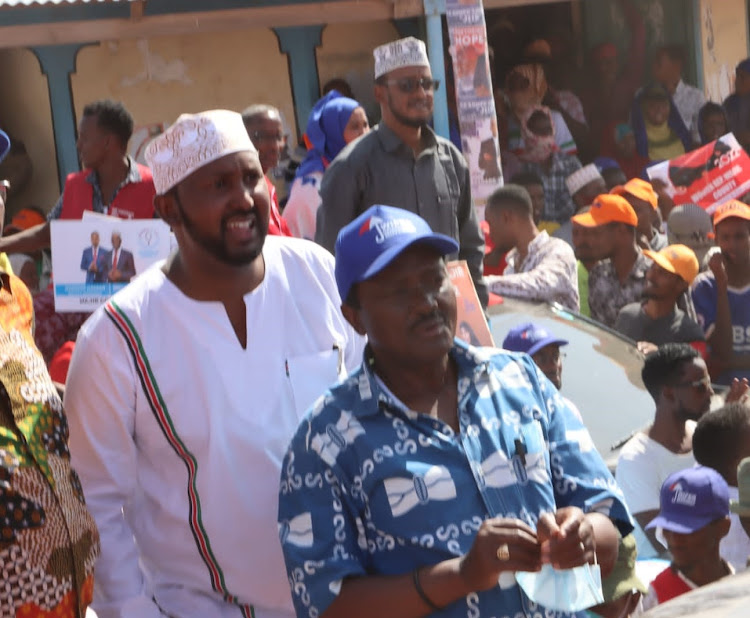 Abdullahi however said the number of candidates should not be seen as a disadvantage but an opportunity for the electorate to choose the best.

He said the biggest undoing has always been the electorate voting individuals based on their clan affiliations and not what they can do for them.

“I want to appeal to our people to rise above clan affiliation. Don’t vote for me just because I am from your clan or sub-clan. Sieve all of us before settling on the candidates you will vote for,” Abdullahi said.

He said candidates should also not use the tribal card to whip emotions of their respective clans.

"We have seen this being done before by candidates. We know what careless and reckless utterances can do," the candidate said.

Abdullahi who recently replaced his running mate Ahmed Adan Hefow with Abdia Baraka became the first candidate in Northeastern to pick a woman as his deputy. 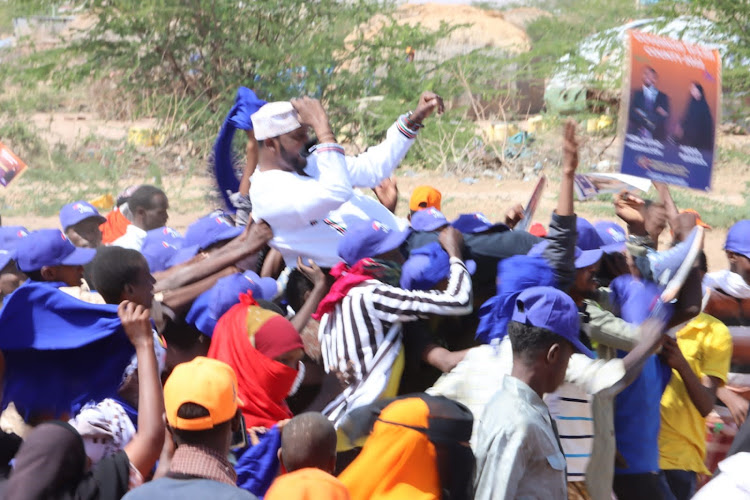 He said the social, economic and political role played by women in the society is huge and cannot be ignored.

The candidate said he decided to lead by example by choosing a woman to lead the transformation agenda, if elected.

“We intend to empower and give priority to women and other minority groups by placing them at the center of the decision-making process.

"We are alive to the challenges affecting them and given the opportunity to form the next government, we'll formulate friendly policies that will cater for the interest of women,” he said.

Kalonzo who recently rejoined the Azimio coalition has not only enhanced his campaigns to popularise Raila’s bid but for Wiper candidates as well. 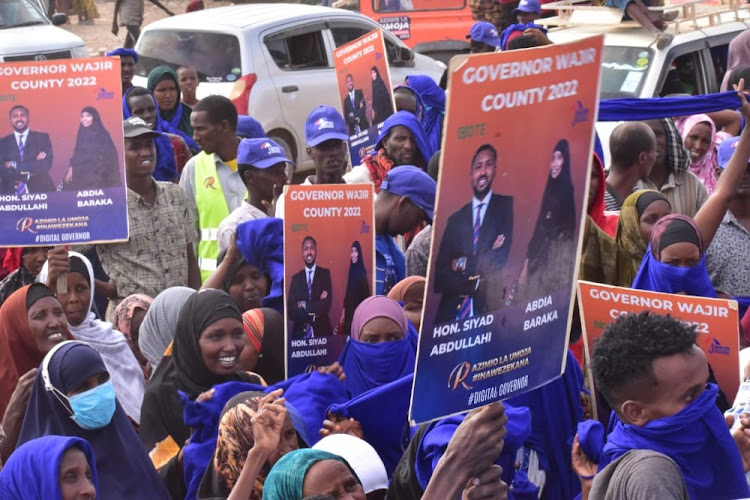 He urged the people of Wajir to give Abdullahi a chance saying having stayed and worked in the USA for many years, he has the necessary experience and knowledge to transform the county for the better.

“My good friend Abdullahi is a young focused and visionary leader who has achieved quite a lot. He has proven beyond reasonable doubt that given a chance, he can make devolution work in Wajir. Let us all support him irrespective of our clan affiliations,” Kalonzo said.

Wajir is inhabited by the Degodia, Ogaden and the Ajuran clans.

Degodia is the majority. They occupy Wajir East, Wajir West, Tarbaj and Eldas while the Ogaden and the Ajuran are predominant in Wajir South and Wajir North respectively.

Clan backing has been jeopardised by previous mistakes and mistrust among elites.
Counties
10 months ago

Clan backing in Garissa under scrutiny in latest approvals