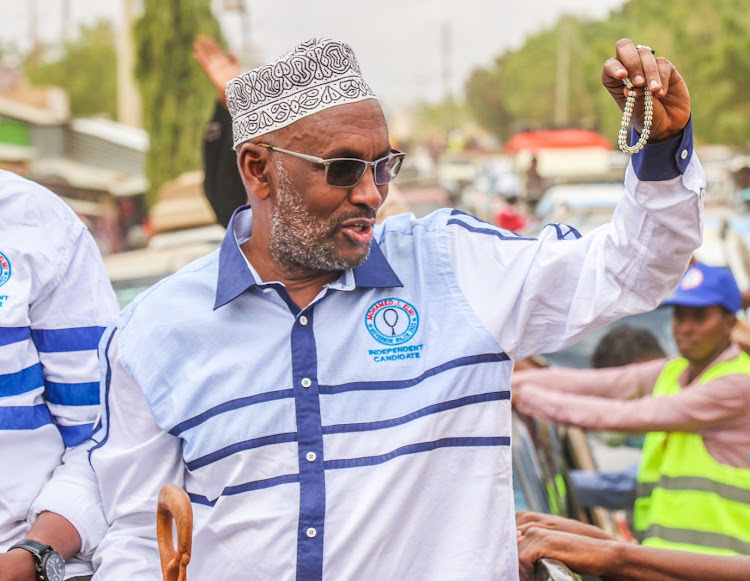 Wajir governor candidate Mohammed Elmi has called on the electorate to vet leaders and only vote for those whose integrity is beyond reproach.

He said voting in corrupt individuals has made the county lag in terms of development.

The former Environment CAS who is seeking the seat on an independent ticket spoke on Thursday during an endorsement by the Jibrail community in Eldas, Wajir.

Elmi said the main challenge facing devolution in the region is corruption, which he looks forward to tackling, once elected.

The county has since 2017 been making headlines for all the wrong reasons with allegations of corruption, misappropriation of funds and abuse of office.

Political squabbles also led to the impeachment of Governor Mohamed Abdi, who was reinstated by the court in March. 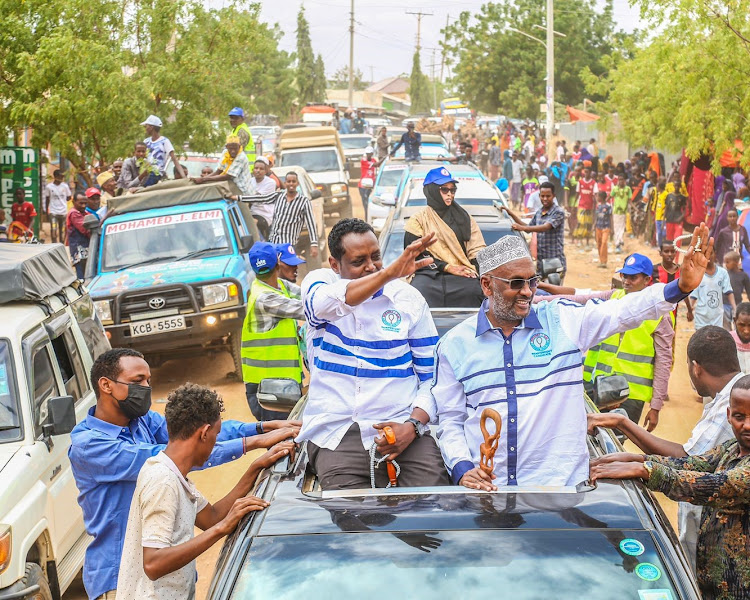 Elmi said compared to other Northern counties, Wajir has nothing to show for the billions allocated since devolution, a situation he says should worry all.

“Unfortunately, while devolution has worked for other counties where there is prudent use of resources that benefit wananchi, its the opposite in our county. Corruption has been left to thrive with kickbacks becoming the order of the day," he said.

The former Tarbaj MP said the current arrangement where one has to be close to the governor or his relative to be given a contract or tender, will be a thing of the past. 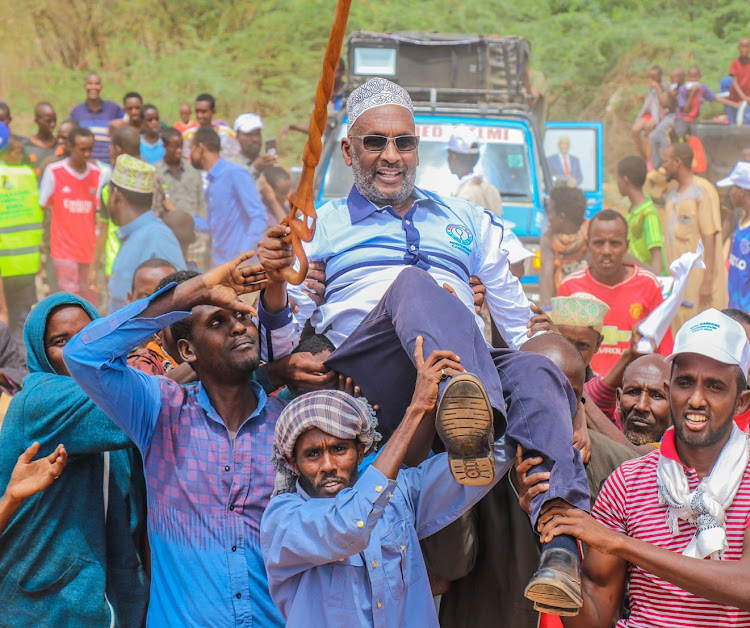 POOR LEADERSHIP: Wajir governor candidate Mohamed Elmi is lifted shoulder high by his supporters in in Eldas subcounty during the endorsement by Jibrail the community on Thursday, June 23.
Image: STEPHEN ASTARIKO

"We have given corruption names that normalised it. We call it 10 per cent and everyone has conformed to paying it. This has made it impossible for quality service delivery," he said.

Elmi prided himself as one who has never been implicated in any corruption scandal throughout his career.

He said he intends to use his experience in the civil service to transform the county for the better.

The candidate also asked religious leaders to help amplify messages of zero-corruption, as they are close to the public.

He however, regretted that the county is still struggling with access to basic needs like water and drugs in hospitals.

Elmi said those running those departments were either incompetent or were diverting funds meant for those challenges. 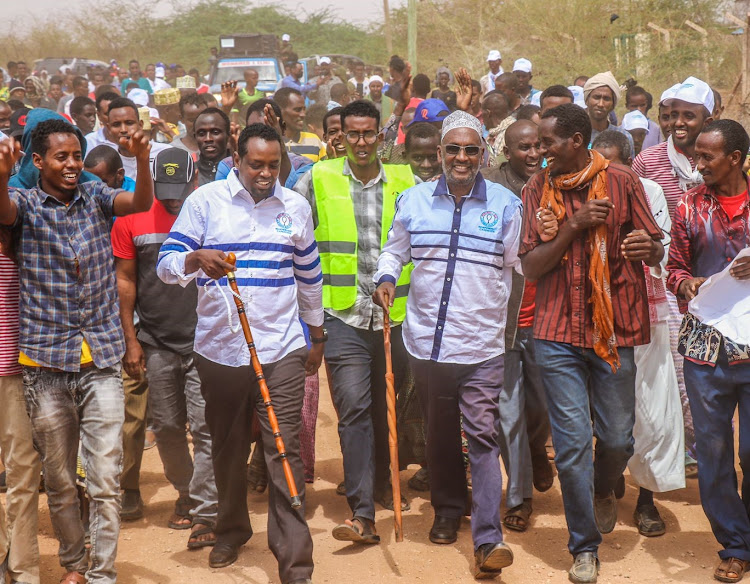 "Our people are still suffering, yet we are getting billions from the national government,” he said.

The candidate said if elected, tenders will be done in an open and transparent manner.

He was accompanied by his running mate Hassan Wardere and Senate candidate Adow Jua.

Wajir is inhabited by the Degodia, Ogaden and the Ajuran clans.

Elmi, former governor Mohamed Abdi, Dr Hassan Mohamed and Ugas Sheikh all come from the Fai sub-clan of the Degodia.

Abdullahi becomes the first governor candidate in Northeastern to pick a woman as his deputy.
Counties
1 week ago

Says the county has made several steps backwards due to poor leadership.
Counties
1 week ago

Abdinoor appeals to other aspirants to drop their ambitions and support Hassan for victory
Counties
3 weeks ago
“WATCH: The latest videos from the Star”
by STEPHEN ASTARIKO Correspondent, North Eastern
North Eastern
23 June 2022 - 22:00