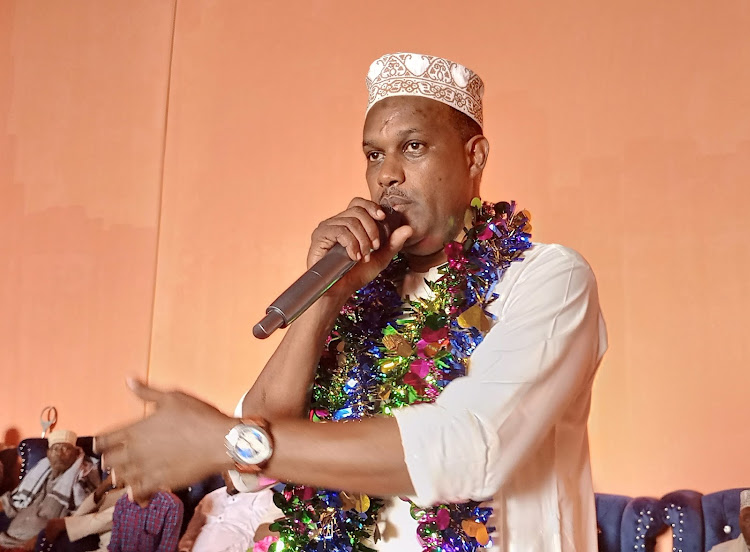 ROUND ONE WIN: Garissa Township ODM candidate Nasir Mohamed speaking during a meeting where he was endorsed by his Awlihan community on Monday, June 20.
Image: STEPHEN ASTARIKO

Two Garissa candidates affiliated to Azimio have said the coalition will win the August presidential poll by more than 65 per cent of votes.

The leaders spoke in Garissa town on Monday during a meeting with all nine subclans of the Awlihan community to endorse Mohamed as the sole candidate for Garissa Township MP.

Maalim said Kenya Kwanza has no support in the region and Azimio will win majority of the seats in Northeastern. 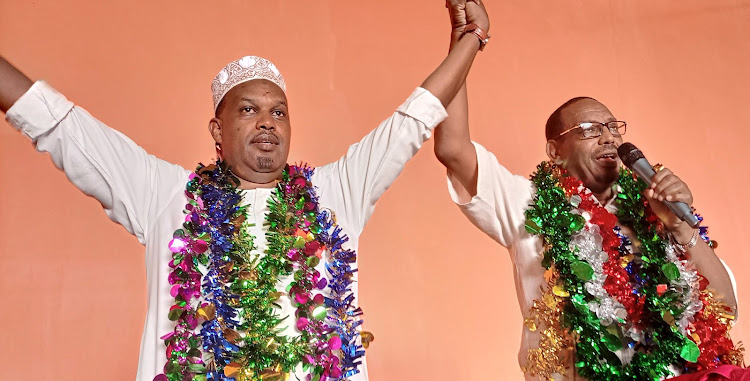 “As a region, we have made up our minds to support Raila Odinga for presidency. We will go to all corners of our respective constituencies to campaign for him as well as ourselves. We will make sure he gets more than 80 per cent of our votes,” he said.

Maalim, who is seeking the Dadaab MP seat, said education, livestock, water, infrastructure, issuance of ID cards and empowerment of the youth and women are things that endear one to residents.

He said Raila has promised to prioritise these issues once he assumes office.

“Our Kenya Kwanza competitors should stop wasting their time campaigning in Northeastern because they wont get any votes.

"I appeal to residents not be hoodwinked by empty promises that are not realistic. Our people can differentiate between liars and those who really mean well for them,” Maalim said.

Raila is also expected to embark on a tour of the region this week.

Maalim contested for Garissa Township MP in 2017 but lost to incumbent Aden Duale.

He urged his community to remain united and rally behind Mohamed for a chance at beating Duale.

Mohamed narrowly lost to Duale in 2013.

“This time round we are winning by a landslide. You can take that to the bank. We will not only win the presidency but majority of the seats at both the county and national level.

“I have come a long way as far as trying to capture this seat is concerned. I want to sincerely thank my community and the people of Garissa for standing with me through my journey. I humbly request that we walk together until we clinch the seat,” Mohamed said.

He said with the support from his community intact, he will now embark on seeking support from other communities. 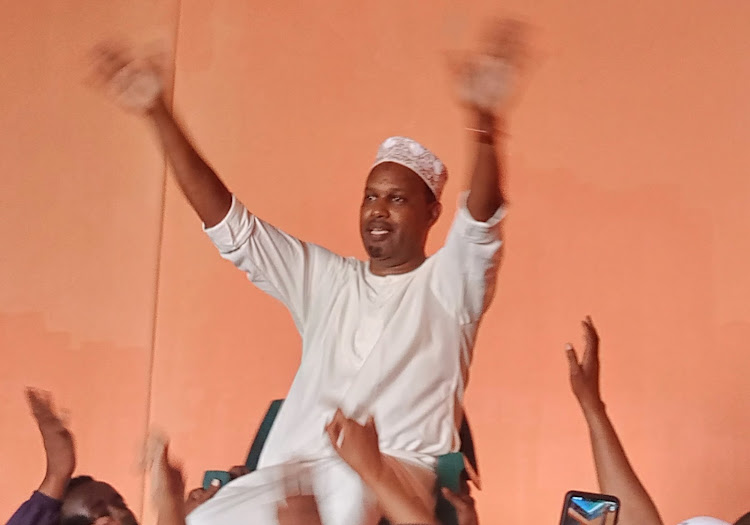 The former National Assembly majority leader claims the senator has a valid degree.
Counties
1 week ago

Ruto is on a week-long campaign in Northeastern.
News
2 weeks ago

He hopes to collect development views from residents before holding rallies in Garissa and Wajir.
News - Page 6
3 weeks ago