The former National Assembly majority leader claims the senator has a valid degree. 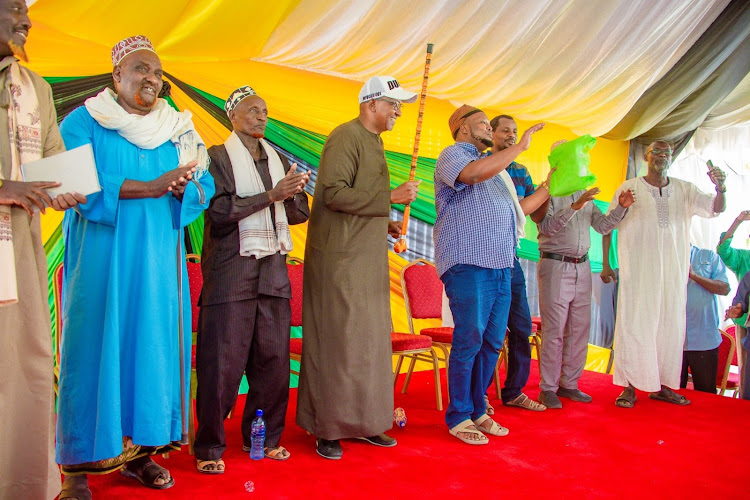 Garissa Township MP Aden Duale on Saturday hit out at the criminal justice system accusing it of being used by the state to harass leaders allied to DP William Ruto.

Duale, who was reacting Nairobi Senator Johnson Sakaja's degree saga, said that the use of the criminal justice system for actions outside their mandate will be revisited once Kenya Kwanza assumes power.

The senator has been facing heat over the past few days after it emerged that he did not complete an Actuarial Science degree programme at the University of Nairobi where he is still listed as a student.

While seeking clearance from the electoral commission to run for the governor seat in Nairobi, Sakaja presented a degree from Team University from Uganda. 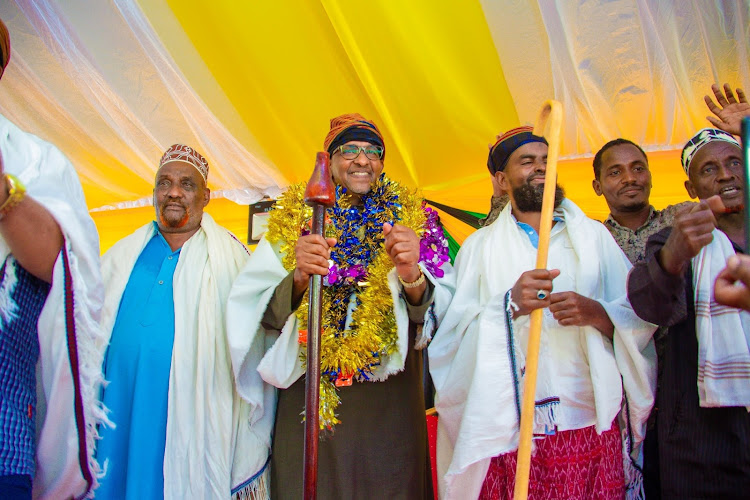 Garissa township MP Aden Duale[C] after he was made an elder by community leaders, professionals, youth and women leaders from the larger Borana community at his Garissa residence.
Image: STEPHEN ASTARIKO

The degree had been approved by the Commission on University Education, but the agency later revoked its recognition.

Sakaja was later ordered to present himself to the commission to provide proof for his degree.

Duale, who claims that the Nairobi senator has a valid degree, said there's more to the controversy, pointing an accusing finger at actors within the criminal justice system.

“State organs are being used to intimidate, harass and coerce Senator Sakaja,” he said.

“I want to tell the leadership of the criminal justice system, the DCI, the IG, the DPP, the EACC and other institutions like the CUE that those who are in power have got 52 days to go. They should not be violate the constitution.” 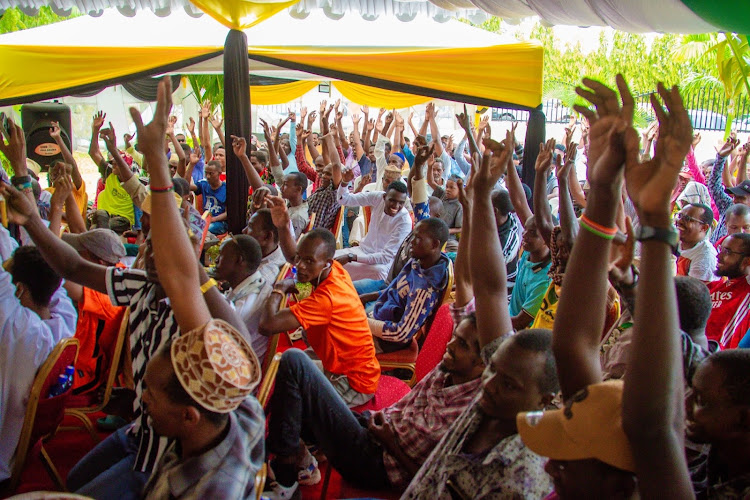 The former National Assembly majority leader assured their supporters that Sakaja’s name will be in the ballot and that the ultimate decision on who will be the governor of Nairobi lies with the voters.

Sakaja has previously blamed his woes on President Uhuru Kenyatta, accusing him of using his influence in Kenya and Uganda to frustrate his gubernatorial bid.

“The purported revocation of my credentials by the Commission for University Education chairman is null and void, and politically instigated,” the senator wrote on Facebook.

Sakaja presented self to DCI to hand in protest letter - Police