Leaders who spoke at the rally in Madogashe said they have resolved to back Korane.

•The county is inhabited by three main clans namely the Awlihan [Modogashe and Lagdera], Awdhaq which are found in Balambala and Fafi and the Samawadhal who are predominant in the Ijara sub-county.

•Community leaders who spoke at the rally in Madogashe said they have resolved to back Governor Korane for a second term based on his performance. 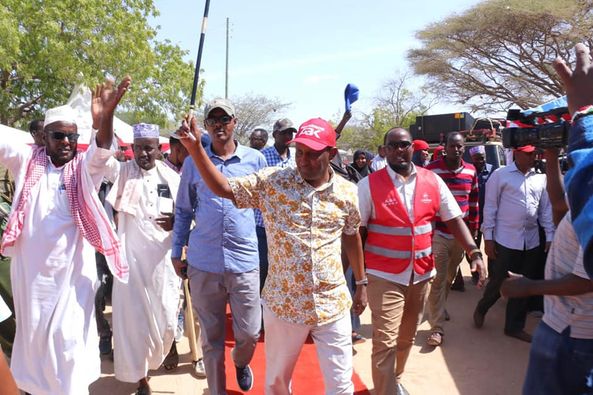 Garissa governor Ali Korane on Thursday got the backing of the Awlihan community from Lagdera sub-county where he took his re-election campaign.

Korane’s main competitor in the august polls is former Governor  Nathif Jama who hails from the community.

The county is inhabited by three main clans namely the Awlihan [Lagdera and Dadaab sub counties], Awdhaq found in Balambala, Fafi and the Samawadhal who are predominant in the Ijara sub-county.

Garissa township is cosmopolitan with all three main clans residing in the area. A good number of non-locals also reside in the area.

Community leaders who spoke at the rally in Madogashe said they resolved to back Governor Korane for a second term based on his performance. 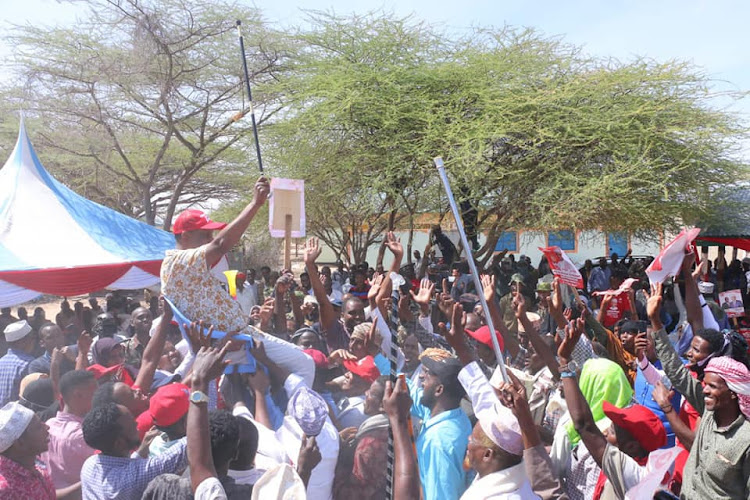 Osman Ibrahim an elder from the community said having a leader who is at the forefront in preaching and promoting peace and cohesion in the cosmopolitan county is important.

"We should not have a second thought on returning Korane to the seat based on his unmatched leadership qualities that we all witnessed in his first term,” he said

He added: “Peace and cohesion is very paramount in our society. Without it, we will always have problems. We want to thank you for ensuring that our communities co-exist peacefully".

On his part, Dekow Muhumed commonly known as Digidigi thanked the governor for what he termed as true leadership by ensuring inclusivity in his administration.

“It is an open secret that this area did not vote for you. The majority voted for your archrival who is from this clan, but that did not stop you from appointing our own in your administration from senior positions to the lowest.” 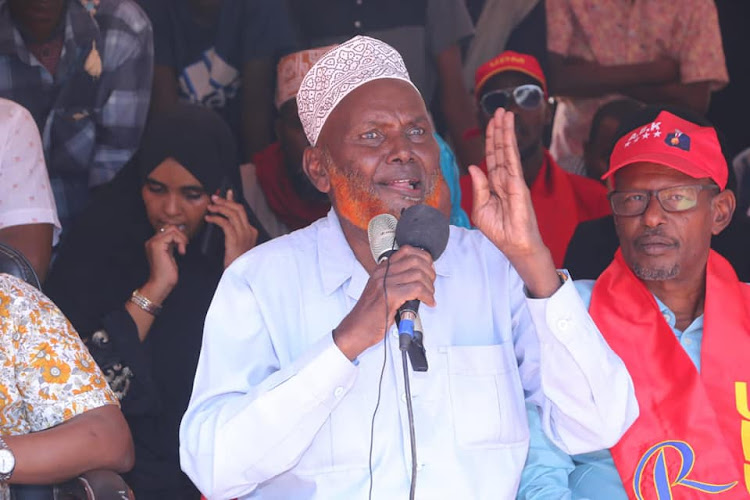 He added: “We are very well represented since we have county executive members and even hold the position of the public service board chair which is headed by our own  Mrs Ebla Sahal”.

Korane welcomed the communities endorsement and thanked the clan elders for their effort in ensuring that communities peacefully co-exist.

He said gone were the day when communities used to vote along clan lines saying that all that people were interested in was development.

He used the forum to highlight some of his administration’s achievements saying that all that has been achieved through the cooperation with the residents whom he said helped in identifying key priority projects.

"We cracked the myth Modogashe where we successfully did a thorough and comprehensive Hydrogeological survey where we identified sites right at the centre of the Merti Aquifer. We also did the Afweyne water pan that is supplying water to residents,” said Korane.

Korane further said that his administration had helped build several ECD classrooms and employed enough teachers in the schools noting that having a strong foundation was of importance to the learners as they move to the upper classes. 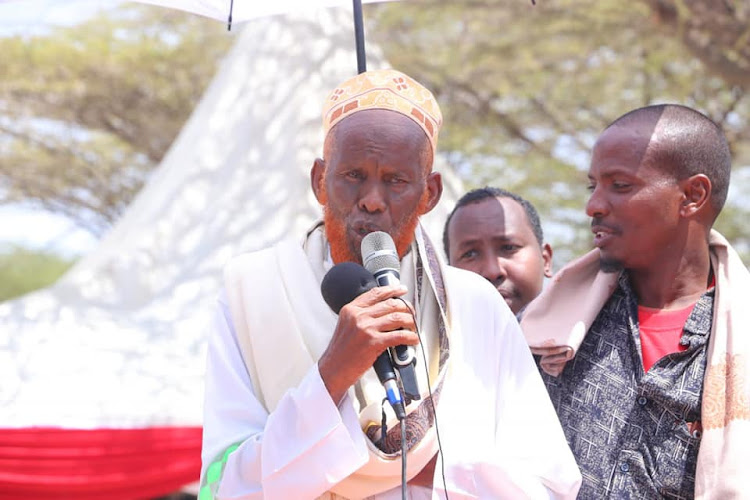 In the Health sector, Korane said his administration has operationalized both the ICU and Renal units in Garissa Referral Hospital which he described as a great milestone as patients who used to travel for referral cases to Nairobi are now being treated here in Garissa.

He disclosed that the fully-fledged regional Cancer Centre will soon be launched noting that once complete, the centre will serve the entire frontier region in diagnosing and treating cancer patients.

Korane who earlier in the day met Lagdera Sub County Commissioner Tom Kose appealed to the community to remain committed to peaceful co-existence with communities in the neighbouring Isiolo County.

He appealed to the Ministry of Interior and Co-ordination of National Government to immediately reinstate chiefs from Lagdera who were interdicted earlier this year.

More than 26% of school-going children in Kenya are affected by malnutrition — UNICEF.
Counties
1 week ago

Says Raila and Karua are the best bet to tackle the corruption menace.
Counties
2 weeks ago

Korane says his team will embark on a vigorous campaign to win
Counties
2 weeks ago
WATCH: The latest videos from the Star
by STEPHEN ASTARIKO Correspondent, North Eastern
North Eastern
16 June 2022 - 23:06