Garissa Governor Ali Korane hit out at his opponents and critics accusing them of plotting to bar him from being cleared by IEBC.

Korane, who was cleared to vie on Saturday, said there is an alliance that was formed two years ago to ensure he will not contest.

Two years ago, Korane was charged alongside four members of his administration over misappropriation of Sh233 million World Bank funds meant for Kenya Urban Support Programme.

The case is still in court and Korane is out on bail.

“You know that I was taken to court and there is an alliance against me that planned more than two years ago to ensure I will not  be on the ballot but the law in this country is very clear,” Korane said on Saturday.

Korane commended the electoral body for sticking to the law.

“As a team we have been subject to a lot of speculation and propaganda which really exposed my supporters to a lot of anxiety but finally we are out of the woods,” Korane said.

He blamed some unnamed politician accusing them of being reckless and irresponsible in their utterances.

Korane maintained that he had not committed any crime, saying that he is happy with his past and future.

Flanked by his running mate Adan Shaiye and supporters, Korane said his team will embark on a vigorous campaign to win.

“As a team we are very confident of a landslide victory in the elections. We have added our numbers and InshaAllah we will be victorious and this will be an easy victory,” Korane said.

“We have done a lot in moving our county forward that is why our people are willing to vote for us again. Unfortunately there are people whose sole intention is to propagate lies and propaganda but the truth will always prevail."

Korane will be contesting on the Jubilee ticket. 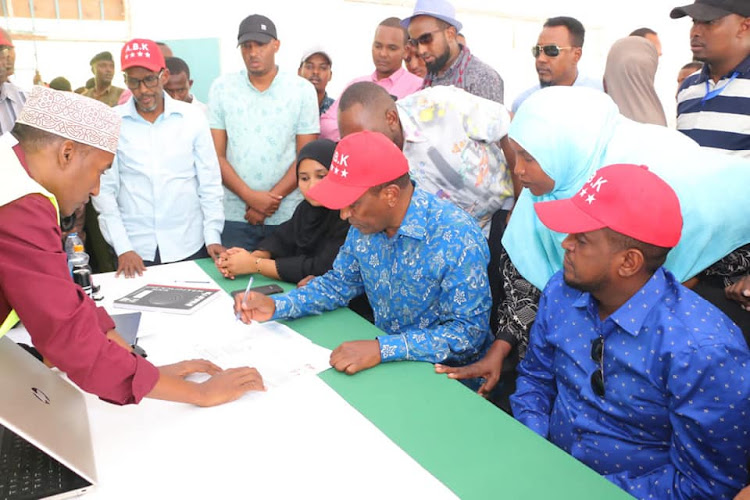 Moment of truth for aspirants as IEBC begins clearance

Aspirants must meet both the legal and ethical thresholds.
News
2 months ago

Says time has come for political mistakes to be corrected and radical transformative changes made.
Counties
2 months ago

The Garissa governor and his co-accused had challenged their prosecution on account that the money was refunded
News
3 months ago
“WATCH: The latest videos from the Star”
by STEPHEN ASTARIKO Correspondent, North Eastern
North Eastern
05 June 2022 - 22:00