Four arrested with bhang worth Sh413,000 in Garissa

Some 187 rolls of bhang, 676 sachets, one stone and other assorted drugs were impounded from the operation 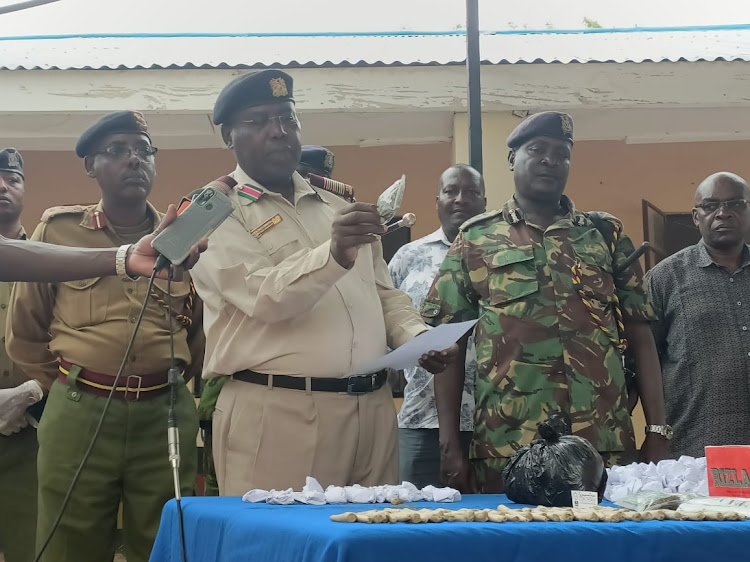 Police in Garissa town on Sunday arrested four people in an operation at Windsor area and impounded bhang with a street value of Sh413,000.

Some 187 rolls of  bhang and 676 sachets of bhang and one stone and other assorted drugs were impounded from the operation.

The two men and two women were nabbed in a house following a tip off from members of the public.

Addressing the press at the Garissa police station, county commissioner Boaz Cherutich, who is the chairman of the county security committee said the four will be arraigned in court on Monday once investigations are complete.

Cherutich described the drugs as dangerous and said they were smuggled through Ethiopia.

He said the drugs which were neatly wrapped in polythene bags and sachets were destined to a market in Garissa town and its environs.

He thanked members of the public for the tip off and lauded his officers acting swiftly.

The county commissioner said it was morally wrong for selfish individuals to make quick money while ruining lives of the youth.

“We know that we still have a few more cartels in our midst who are working with drug dealers to sell and distribute drugs in Garissa market and these are the individuals that we are putting on notice that we will deal with them,” Cherutich said.

Cherutich said everyone including the local administrators, parents, clerics, Nacada and youth must cooperate to end the illicit trade.

“The security team will continue working closely with the other state agencies including The National Authority for the Campaign Against Alcohol and Drug Abuse, religious leaders, parents and the youth to make sure drugs are completely eradicated in our midst," he said. 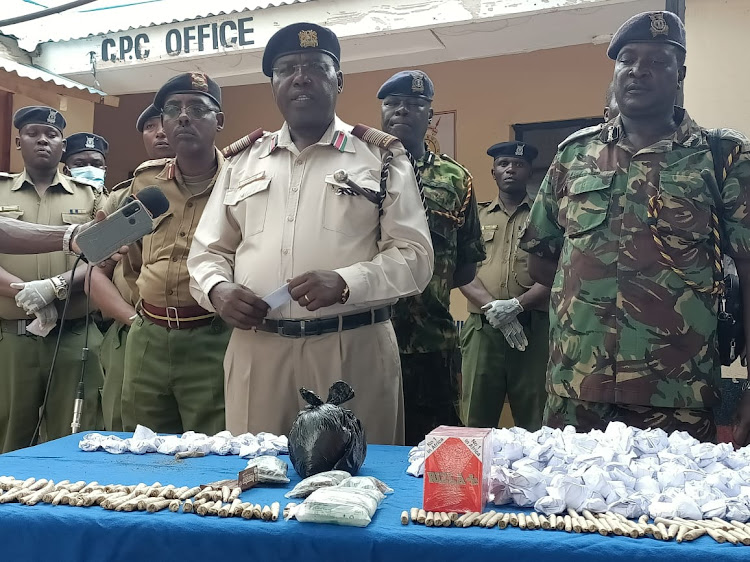 Recently, Nacada said bhang, codeine and miraa are among the most abused drugs in the regions.

Northeastern head of Nacada, Wangai Gachoka, said they asked the clerics to join the campaign because they are behaviour change agents in the community.

“Traditionally, community groups and religious leaders have played a vital role in guiding people and ensuring that they are morally upright and so in our mission they are a perfect fit,”  Gachoka said.

An accomplice escaped into a mangrove thicket.
Counties
8 months ago