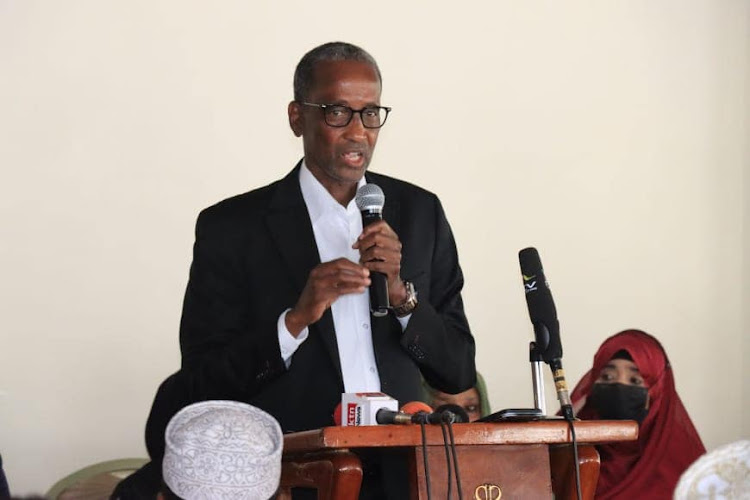 Wajir governor aspirant Adan Hassan bid received a boost after he was endorsed by the Degodia community on Saturday.

Mohamed Abdinoor, who spoke on behalf of Degodia professionals said they consulted widely and collected views from different stakeholders before settling on Hassan.

Hassan is the proprietor of Nairobi South Hospital and will be contesting on the Jubilee ticket.

The professionals formed a committee representing all sub-clans and stakeholders to steer the process and facilitate in-depth discussions.

The committee focused on aspirants immediate family support, past performance, experience in public service and affiliation to a strong political alliance.

Others were local support, strong winning line-up and capacity to conduct presidential campaign in the county. 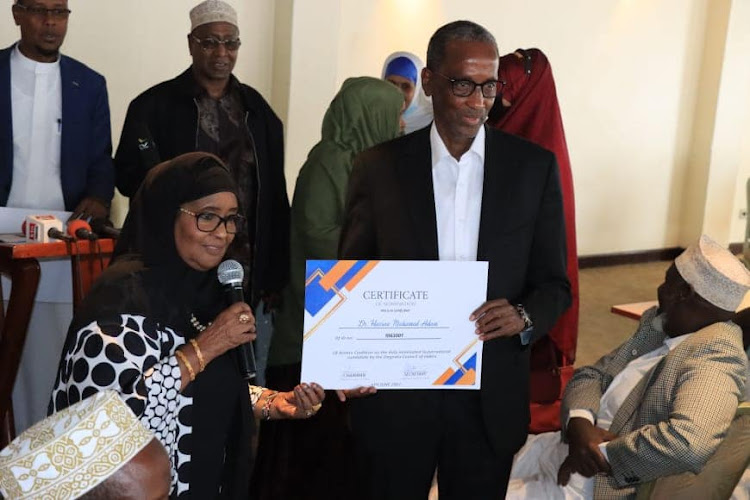 Governor aspirant Hassan Mohamed holds the certificate after being endorsed by the Degodia community on Saturday
Image: STEPHEN ASTARIKO

“We are delighted to front Hassan Mohamed Adan as the sole candidate for the community. He is a seasoned politician, career public servant with impeccable credentials," Abdinoor said.

"Community leader, philanthropist and a very successful entrepreneur. We therefore do no not have the slightest doubt that he is the most suitable candidate."

Abdinoor appealed to other aspirants to drop their ambitions and support Hassan in galvanising the base for victory and development.

“It has been an engaging process considering that the committee had to look at six candidate who are all equally strong," Abdinoor said.

He said the committee will hold dissemination meetings in Nairobi and Wajir to popularise Hassan's bid.

Speaking after his endorsement, Hassan said that he was humbled by the gesture and promise to deliver development if elected.

Hassan hails from the Fai sub clan who have already endorsed him, he is is set to present his documents to the IEBC for clearance on Monday.

“I express my immense gratitude to Rer Tolkey Degodia in particular, and the great clans of Saransor Matan in general, for endorsing me," he said.

"I am humbled by my great clan for their trust in my leadership. This is a clear message to all Wajir voters to believe in my passion and capacity to lead us to greatness,” he said.

In terms of clan matrix, Hassan’s endorsement is a major boost since the Degodia community are the majority in the county with a huge voting block. others communities are the Ogaden and the Ajuran. 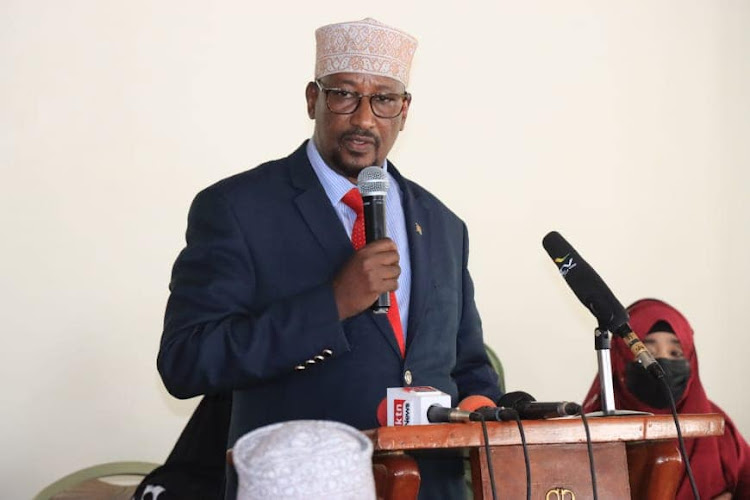 Says it's unfortunate that the county has been sent decades back and set to factory reset.
Counties
2 months ago

He urged the youths to participate in the August polls.
News
2 months ago

Abdi was locked out after the Jubilee Party handed the certificate to Dr Hassan Mohamed.
Counties
3 months ago
“WATCH: The latest videos from the Star”
by STEPHEN ASTARIKO Correspondent, North Eastern
North Eastern
05 June 2022 - 22:00