Garissa leaders call for political tolerance ahead of polls

Duale was recently stoned during a rally at Bula Iftin

Garissa county commissioner Boaz Cherutich issued a stern warning to political aspirants who are hiring goons to disrupt political gatherings of their opponents and pulling down campaign posters that stern action will be taken against them.

Some leaders from Garissa have called for political tolerance ahead of the August 9 General Election.

They spoke at Garissa Primary School play grounds during the Madaraka Day celebrations on Wednesday.

The commissioner issued a stern warning to aspirants hiring goons to disrupt their opponents' gatherings and pull down campaign posters, that stern action will be taken against them.

He said police have arrested four people in connection to the Iftin incident and they will be arraigned as soon as investigations are over.

“The arrest will serve as a warning to all those aspirants and their supporters who are hell bent on causing chaos,” Cherutich said.

The commissioner said security agencies have been put on high alert to ensure law and order prevails during and after polls. 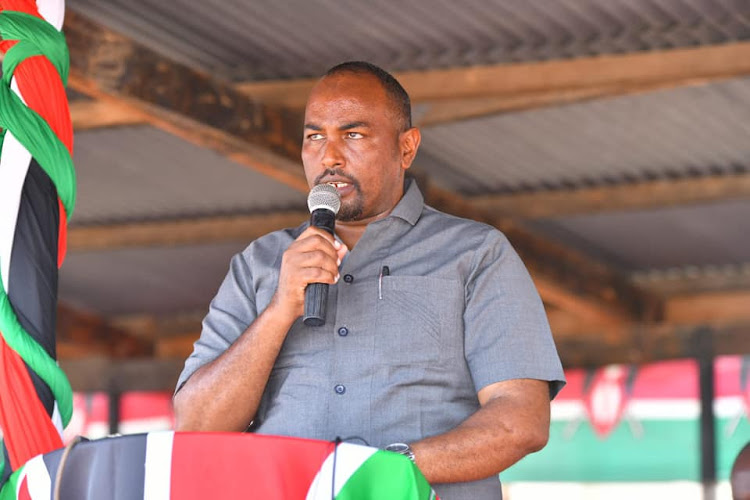 “As the county security team, we are working closely with the National Cohesion and Integration Commission and the Independent Electoral and Boundaries Commission to ensure campaigns are peaceful,” he said.

Cherutich said aspirants using the youth to disrupt opponents campaigns will face the law irrespective of their position in society.

He said committees comprising of security agencies, clerics and IEBC formed early this year, will be meeting regularly to map out hotspots for security officers to plan for any eventualities. 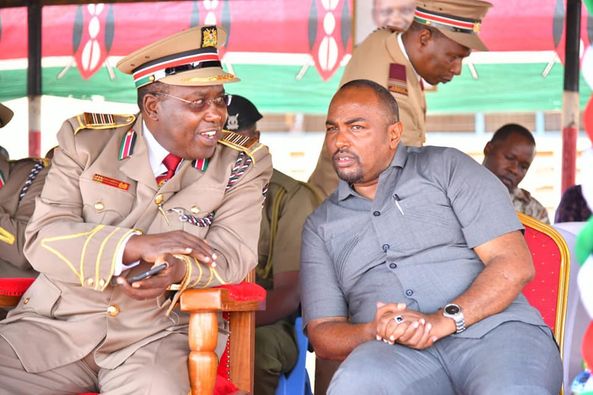 “If you don’t support a candidate avoid attending their rallies. If you do attend you must listen calmly even if the opponent is saying something you do not wish to hear,” he said.

Ali said aspirants should carry out campaigns with respect and high regard for peace and cohesion.

"Campaigns will come and go but we will remain together as brothers and sisters," he said.

Ali further requested the clergy to pray for continued peace in the county and Kenya at large.

“Leaders are God chosen and no amount of money will propel you to power. I urge our youth to scrutinise the leaders they are electing for the next five years,” he said.

Nominated MCA Karta Iman called on Muslim and Christian clerics to pray for the county and the country at large.

Korane used the celebration to outline the success of his administration.

“As we mark our fifth anniversary in two-months time, our county wrestled with many challenges. However, we managed to achieve monumental strides in many spheres of development.

"The Garissa government has taken strides in reforming all the key sectors especially health, infrastructure, basic education and water,” he said.

The governor said he is confident he will be re-elected.

“I wish to reiterate my commitment to continue working with all community leaders in the implementation of various development projects in our county in the next five years,” he said.

Past elections have been marred by clan clashes leading to loss of lives and hundreds displaced.
Counties
4 months ago