Three Garissa MPs say it had positively impacted more than 1,200 community groups in the area.

•KDRDIP project is meant to improve the livelihoods of the communities that have been hosting refugees for the past 30 years.

•The five-year project launched in 2017, is part of the regional initiative in the Horn of Africa being implemented in Djibouti, Ethiopia, Kenya, Uganda and Somalia. 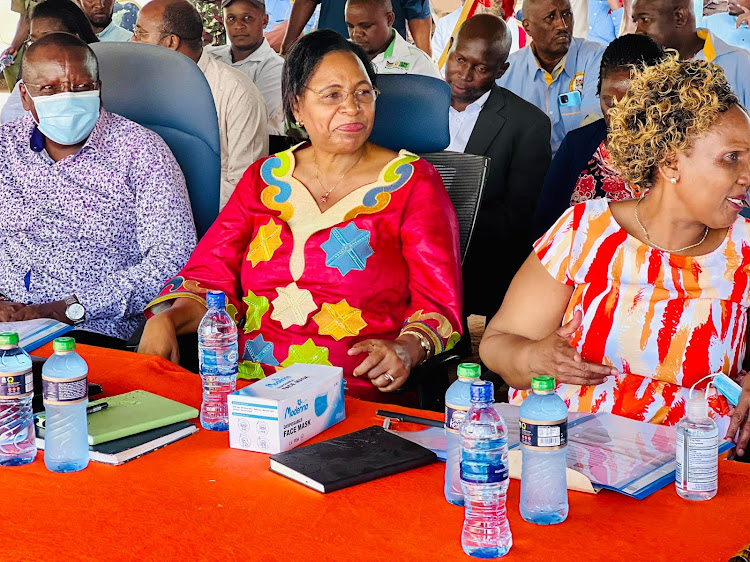 KDRDIP is a national government initiative, supported by the World Bank.

It is meant to improve the livelihoods of the communities in Dadaab refugee camps in Fafi, Lagdera, Dadaab and Kakuma in Garissa and Turkana, who have been hosting refugees for the past 30 years.

The five-year project launched in 2017, is part of the regional initiative in the Horn of Africa being implemented in Djibouti, Ethiopia, Kenya, Uganda and Somalia.

Dahiye said that NGOs among them the Rural Development Organization who are the KDRDIP facilitating partners should be given roles in the day-to-day running of the project during the second phase.

“The RDO has done an excellent job in mobilising and assisting the community groups in identifying, prioritising and implementing their projects,” Dahiye said.

“I am urging you the CS to engage the World Bank and other donors to secure a phase II of this project. We want local NGOs who have been assisting KDRDIP to be brought on board,” Hire said.

MP Abdikarim Osman said they will use all available channels to ensure another five-year phase of the programme is secured.

The MPs spoke in Dadaab on Saturday.

They had accompanied Public Service CS Margaret Kobia in commissioning the theatre equipment at the Dadaab Subcounty Hospital and opening a modern library and dormitory at Dadaab High School.

Kobia promised to address the leaders and community concerns among them the extension of the project.

She thanked the leaders for their continued support, participation and involvement in the project implementation process. 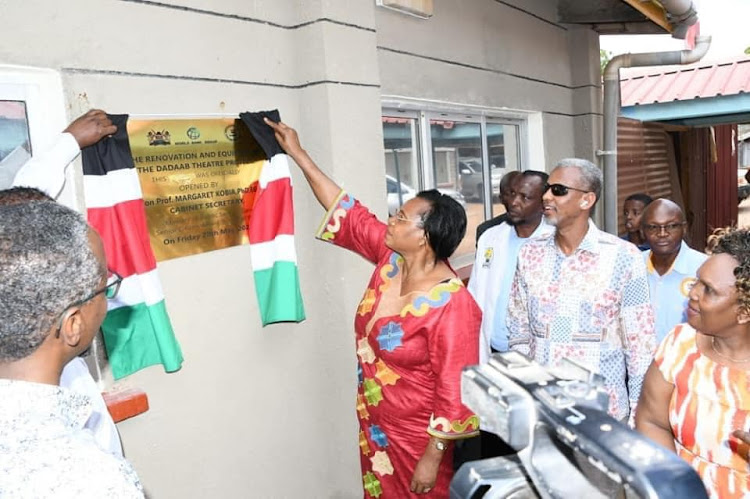 “This project has enjoyed political goodwill, community participation and involvement in its implementation process.”

She said the project has revealed that communities can identify their own development needs, monitor, supervise and participate fully in the decision making on their development initiatives.

The project is utilising funds sourced from the World Bank loan of Sh10 billion and additional funding from the Danish International Development Association Sh800 million.

These funds have been distributed to 137 villages across 29 wards of the five subcounties; Dadaab, Fafi, Lagdera, Turkana West and Wajir South in the three project counties.

At the end of the project, Garissa will have Sh4 billion, Turkana Sh3 billion and Wajir Sh3 billion.

The project is benefitting a combined population of 1,041,436 members of the host communities and 395,982 refugees in the five subcounties.

So far Sh7.4 billion has been spent in the last three years to improve infrastructural development, environment and livelihoods in the targeted areas.

Another Sh2.6 billion has been earmarked in the 2022/23 financial year to complete the outstanding sub-projects.

Some Garissa residents had complained of skewed identification and allocation.
Counties
7 months ago

Delegates say they are impressed at how the works have helped improve lives.
Counties
7 months ago

There were three boreholes, construction of patients’ wards and staff residency at Dertu health centre
Counties
9 months ago
“WATCH: The latest videos from the Star”
by STEPHEN ASTARIKO Correspondent, North Eastern
North Eastern
22 May 2022 - 22:00