Over 40,000 Kenyans were registered as refugees at Dabaab refugee camp 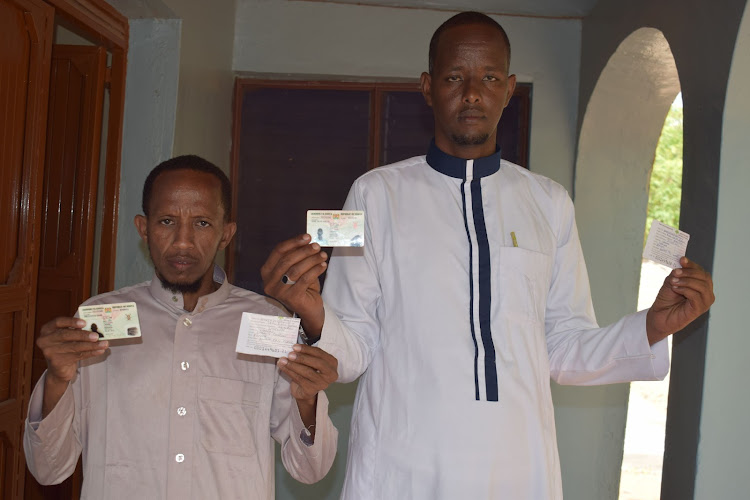 CITIZENSHIP: Daud Abdi and Idriss Mohamed hold their national ID after years of living in dilemma after their fingerprints were captured in UNHCR database, the government has recently deregistered about 12,000 genuine Kenyans and issued them their IDs.
Image: STEPHEN ASTARIKO

Vetting of Garissa residents entangled in double registration at the UNHCR database is set to resume, an official said.

The senior official who spoke to the Star on Wednesday however said the actual date is yet to be announced.

Some 12,000 Garissa residents have already been deregistered from the UNHCR database and issued with ID cards.

The victims were captured on the UNHCR database when they sought relief food and could consequently not secure an ID card.

Some were children, registered by their parents to secure humanitarian aid.

For years, they have been unable to move around freely and operate lawful business or even register a sim card. Life has been unbearable.

They had literally found themselves in an open prison within their own country.

The deregistration process started in 2016, however, it was not successful.

In 2019, another round of intensive vetting of the victims was launched, it involved all security actors including the military, DCI, intelligence, local elders as well administrators.

“Majority of the victims were young people who were registered by either their parents or relatives. They have just realised they cannot secure nationality documents when they need to,” Haretha Bule, the organisation’s programme manager said.

She said so many victims are yet to be deregistered as the process had limited timelines.

Bule said the government should initiate a fresh process to have every Kenyan deregistered from the UN’s refugee agency database.

The issuance of ID's was officially launched by Interior CAS Hussein Dado in Garissa Town in January.

Dado said about 12,000 victims have gotten their identification documents.

He said the process will be continuous to ensure every Kenyan who went to the refugee camp are deregistered and granted citizenship. 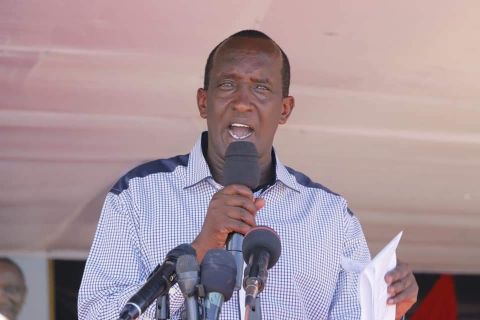 DOUBLE REGISTRATION: Former Interior CAS Patrick Ole Ntuntu speaking in Garissa during the launch of the exercise in 2019.
Image: FILE

The victims who got their ID's in the first round of deregistration however thanked President Uhuru Kenyatta's administration for coming to their aid.

They said Uhuru solved their dilemma and it's his legacy as he leaves office.

“We were stuck and restricted to staying in our own villages because if you move out, there is a possibility of being arrested for lack of this vital documents,” Daud Abdi said.

Abdi who was chairman of the victim’s of double registration said the move to have genuine Kenyans removed from UNHCR database was a huge relief.

He said it will go a long way in helping them benefit from state programmes.

“So many people who studied up to university could not be employed. You can’t open and operate legal business as you don’t have registration documents. It has been a journey of silent suffering,” the chairman said.

Abdi was enlisted in Hagadera refugee camp in 2005 by a relative. Like many victims he was young and naive and couldn’t understand the consequences of relinquishing his citizenship rights.

After more than 10 years of looking for the vital documents, Abdi teamed up with other victims and they approached government and local political leaders as well civil societies for a solution.

Abdi said he tried seven times to apply for the ID card. However all attempts were futile as he was told his fingerprints were captured in the UNHCR database, meaning he was recognised as a refugee. 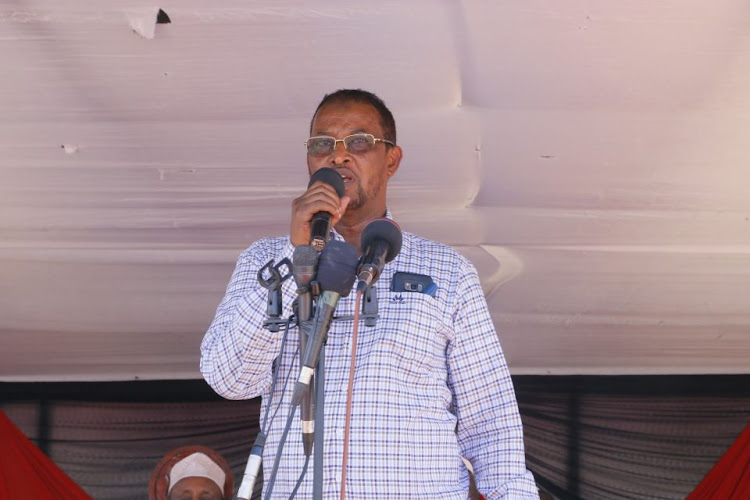 SECURING IDs: Dadaab MP Mohamed Dahiye speaking in Garissa during the launch of the exercise in 2019.
Image: FILE

Sahal Abdi, a teacher, got his ID and has since started the process of securing the Teachers Service Commission number, which will enable him to be employed.

He said despite his education he could do nothing, even teach private schools without a TSC number.

“We are so much thankful to the President and local leadership who have spearheaded this process, we do not take such for granted,” Sahal said.

The victims said as a way of appreciation they will overwhelmingly vote for the candidate preferred by the President.

Local leaders including Dadaab MP Mohamed Dahiye have been vocal in having the citizenship dilemma solved for all.

Dahiye's constituency has the highest number victims, perhaps because of hosting refugees.

“We appreciate the government because we have finally seen the light over something we have been looking for over the last 20 years,” he said.

Lack of IDs locks out Garissa residents from voter listing

Duale takes on Matiang'i over delayed IDs for 18,500 Kenyan 'refugees'

Says collaboration will ensure efficient resource use and reduce duplication of services.
Counties
2 months ago
“WATCH: The latest videos from the Star”
by STEPHEN ASTARIKO Correspondent, North Eastern
North Eastern
11 May 2022 - 22:00