In Summary
by JULIUS OTIENO Journalist, Political and Parliamentary Reporter
North Eastern
10 May 2022 - 22:00 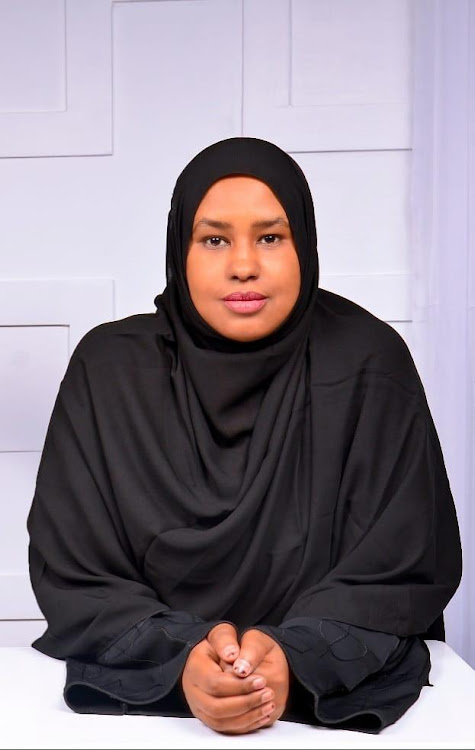 The race for Wajir woman representative is shaping up to be a repeat of the 2017 clash between incumbent Fatuma Gedi and Halima Omar Ali.

The two are among the more than 10 aspirants, majority of whom have been chosen through the clan system commonly referred to as negotiated democracy.

Gedi, who chairs the Jubilee women league, is seeking re-election on the party's ticket.

On Monday, Gedi, who is also the vice chairperson of the National Assembly’s Security Committee, said she is optimistic about retaining her seat based on her development track record.

“Even with the very few resources, we have ensured we change lives across the county,” she said.

The legislator said under her leadership, residents have experienced economic empowerment, especially women groups who have been introduced to income-generating business ventures.

While a majority in the contest are newcomers, last month, the race took an interesting twist with the entry of Halima, who was given a nod by her Mantaan clan to vie.

Halima, alias Shina, has twice been unlucky, coming second in the 2013 general election and third in 2017.

Gedi, who ran on the Party of Development and Reforms in 2017, won by 32,622 votes against Jubilee Party's Halima Abdille Mohamud, now Kenya’s Ambassador to Kuwait who garnered 30,763 votes.

Halima, who then vied on a Ford Kenya ticket got a paltry 17,233 votes.

Halima will be taking a third stab at the seat in August 9 polls.

She says she has assembled all her political arsenals ready for the battle both at the clan endorsements and August 9 polls.

Halima will fly the UDM party flag after what she termed as “listening to the ground” forced her to resign as UDA’s deputy National Organising Secretary.

“I have been on the ballot twice. I want to do it for the third time. I wasn't lucky the first two times, but I think, this is my time.

"I feel and believe probably God was waiting for the right time for me to make it to Parliament, when I'm old and mature enough,” Halima told the Star in an interview on Monday.

She said she was ignorant of many facts during the past elections.

“Now I know people, the geographical features of the county, various locations, who lives where and who are the minority and majority among considerations.

“I think this (2022) is the right time. I feel the people of Wajir county will send me to Parliament to represent them. This time around, I'm hopeful,” Halima said. 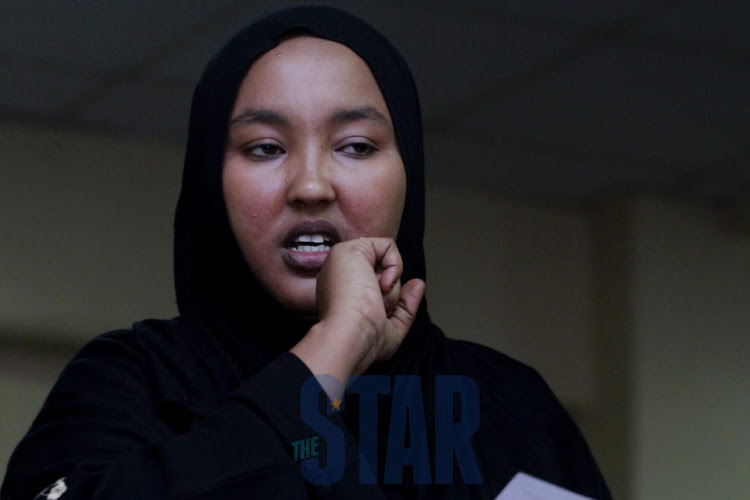 GOOD TRACK RECORD: Wajir Woman Representative Fatuma Gedi testifes at the Milimani law court on October 23, 2019 about the alleged assault on her by a fellow lawmaker.
Image: ENOS TECHE

Despite her unsuccessful bids, she said her passion to lead and represent the people of Wajir in Parliament is still alive and burning.

“Since I was younger from primary to secondary, I have always represented people. So, I decided to vie for a political seat so that the voice of my people will be heard and represented well,” she said.

If elected, Halima said she will build on the foundation laid by her predecessors, including the incumbent whom she says has not lived to the position of woman representative.

Maimuma, a nominated MCA in Wajir says she is the most qualified candidate in the race and believes her leadership will offer a change in the region’s leadership.

“Time has come for us to check what our leaders have done over the last five years. Let us examine their development agenda and how they executed it and pick only those who have good track records,” she said.

Maimuna, who has been endorsed by Ajuran National Council and Ajuran Elders Council said she will lobby and advocate equity and equal opportunities for women and girls in the county and countrywide.

“I have interacted with the majority of voters. My key pledges are accessibility. I will open offices in all the five constituencies to make my office visible,” she said.

The aspirant said her other campaign tool is on equitable distribution of affirmative action resources and prudent management of the same.

Maimuma says she will also fund the education of poor but bright children through the National Affirmative Fund bursaries.

“There is no doubt that poverty levels in our country are high. We need to cater to these children and give them a chance to pursue their academic goals,” she said. 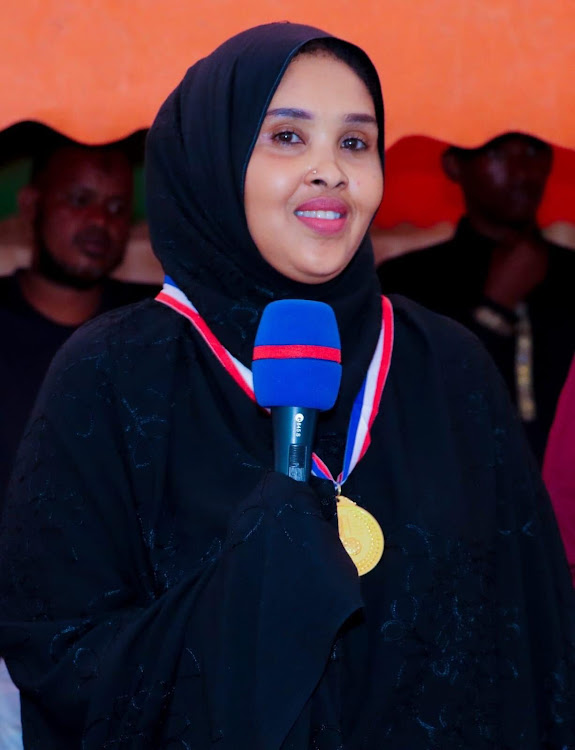 Sahal, who is the Ford Kenya national treasurer, plans to work closely with the Wajir government in ensuring water reticulation is achieved.

“We need to reduce the distance covered by our mothers and children in search of water,” she said.

Sahal, who will be flying the Ford Kenya ticket, said she will also establish a kitty to ensure the disabled and widowed access funds to start businesses.

Ukash, who will be contesting the seat on the ANC ticket, said she will prioritise the girl and women empowerment as well as advocate children’s rights.

She said living abroad for two decades has helped her get a first-hand experience of what “we lack and what a better leadership and representation can do.”

“In 2017, I tried to support politicians who I hoped would do what we wanted, but have failed. When they tasted power, laxity set in. Then I thought: Why not me?" she said.

Ukash christened “a daughter of the soil” said she understands the unique challenges of the people.

She said her mission is to create a favourable condition for women and youth to excel economically and socially.

“It’s a practice that's age-old but I have an elaborate scheme to modernise, advance and set it up,” Ukash said.

Governor Abdi says he will seek re-election as an independent after Jubilee awarded the certificate to Hassan.
Counties
3 weeks ago

Clan backing has been jeopardised by previous mistakes and mistrust among elites.
Counties
3 months ago
“WATCH: The latest videos from the Star”
by JULIUS OTIENO Journalist, Political and Parliamentary Reporter
North Eastern
10 May 2022 - 22:00