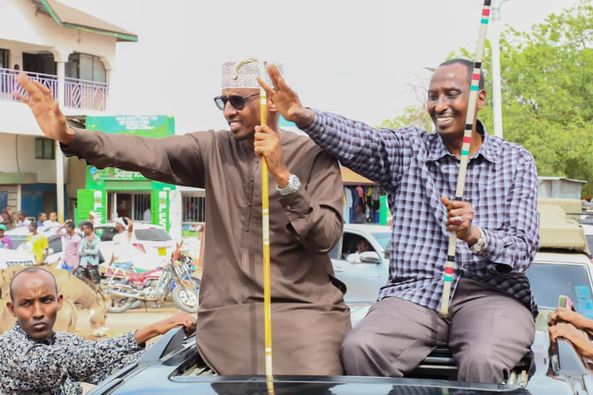 “I am extremely happy and proud to present my running mate to the  great people of Wajir. I chose him after careful consideration. He ticks all the boxes of the person I was looking for,” he said.

The governor spoke to his supporters on Monday after attending the Eid prayers at Orahey grounds, to mark the end of Ramadhan.

Abdi chose to seek re-election as an independent candidate after the Jubilee party handed the certificate to Dr Hassan Mohamed last Monday.

He said his failure or success as a governor is pegged on the person he picks for the deputy governor position. 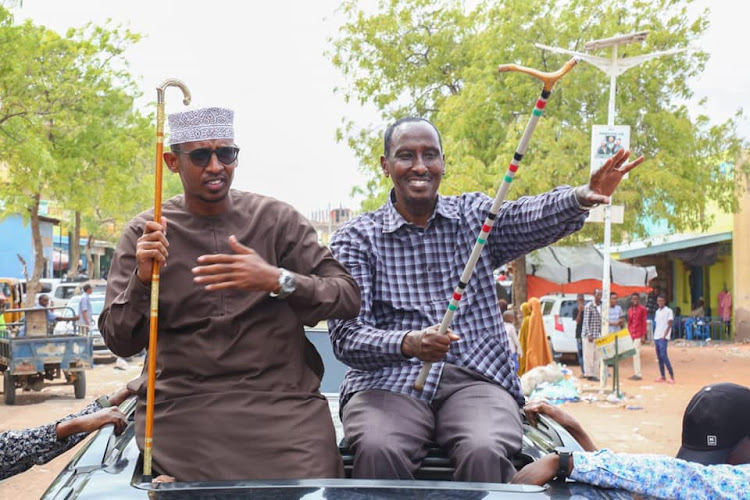 Abdi said the position of a deputy governor is full of daunting tasks.

He said before settling for Abdifatah , he assessed his capabilities to work as a team player and coming up with solutions to the challenges facing the county.

Abdifatah who is an Ogaden from Wajir South hails from the Maqabul subclan.

He is the younger brother to Former Wajir South MP Abdullahi Diriye, a social worker who worked in various social and humanitarian projects across Wajir . 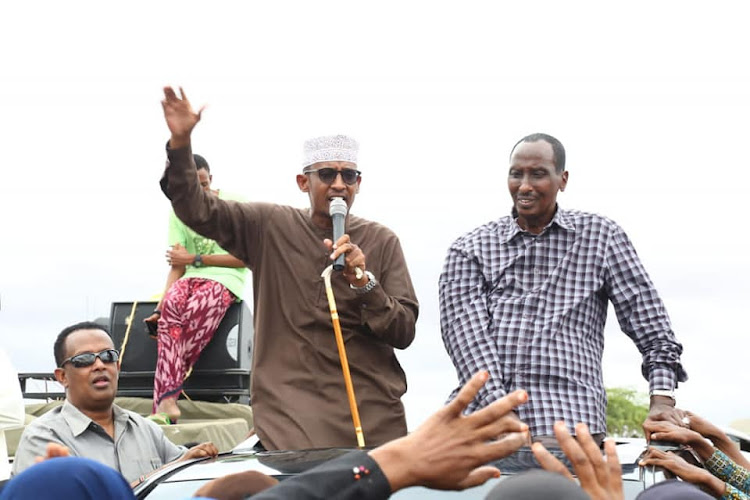 Abdifatah said it is an honor to be chosen by Abdi to deputise him. He said he will do all it takes to deliver the votes from his area.

“I don’t take for granted the fact that the governor chose me out of other candidates. This is a great honour.

"I promise to work closely with him and our entire campaign team, to deliver the seat and embark on transforming Wajir together,” he said.

The governor said he has no doubt that this landmark announcement on this historic day is a clear testament that they are ready to serve and restore hope in Wajir.

Gubernatorial aspirants have stepped up efforts to capture the seat with campaigns expected to be accelerated following the end of Ramadhan. 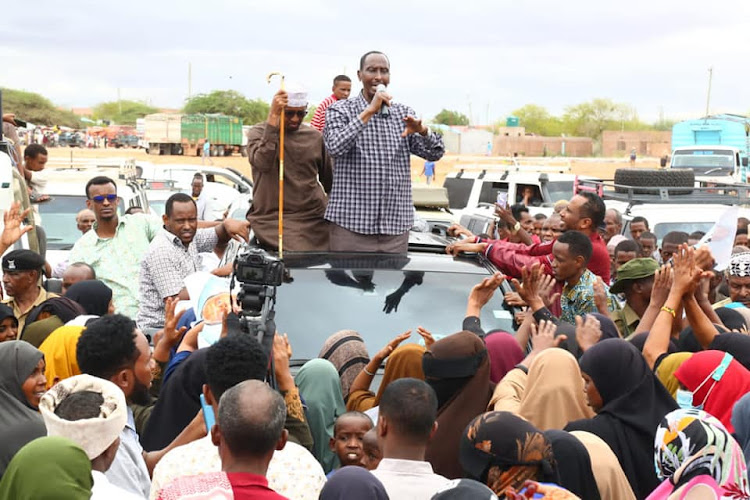 Hassan who secured the Jubilee ticket has picked Educationist Abdi Salel also from the Makabul clan to deputise him.

Salel formerly served as the principal of Garissa High school and later retired as a tutor in Garissa Teachers College.

Muhumed had in 2017 contested for Wajir governor on PDR ticket. He emerged third with 34,000 votes.

Ugas Sheikh Mohammed who is also contesting on an ANC ticket has picked Abdirashid Yussuf as his running mate.

In 2017, Yussuf contested the Wajir South MP on a PNU ticket and lost to MP Mohamud Oomar.

Senator Abdullahi Ali who is from the Ajuran community has picked Mahat Salat Timaget from the Degodia community as his running mate.

For a long time, communities in northern Kenya have been using negotiated democracy to select their favorites for different seats.

The clan endorsements are reached after wide consultations between elders and the community members.

Although the clan system has come under heavy opposition from several leaders, it is likely to play a crucial role in determining who emerges the winner in the upcoming polls.

Governor Abdi says he will seek re-election as an independent after Jubilee awarded the certificate to Hassan.
Counties
2 months ago

Abdi was locked out after the Jubilee Party handed the certificate to Dr Hassan Mohamed.
Counties
2 months ago

Mukhtar was acting county boss after the impeachment of Governor Abdi.
News
3 months ago

Says devolution is not working and this has forced him to join the Wajir gubernatorial race.
Counties
3 months ago
“WATCH: The latest videos from the Star”
by STEPHEN ASTARIKO Correspondent, North Eastern
North Eastern
02 May 2022 - 22:00