We are where we were before devolution, says Abdullahi 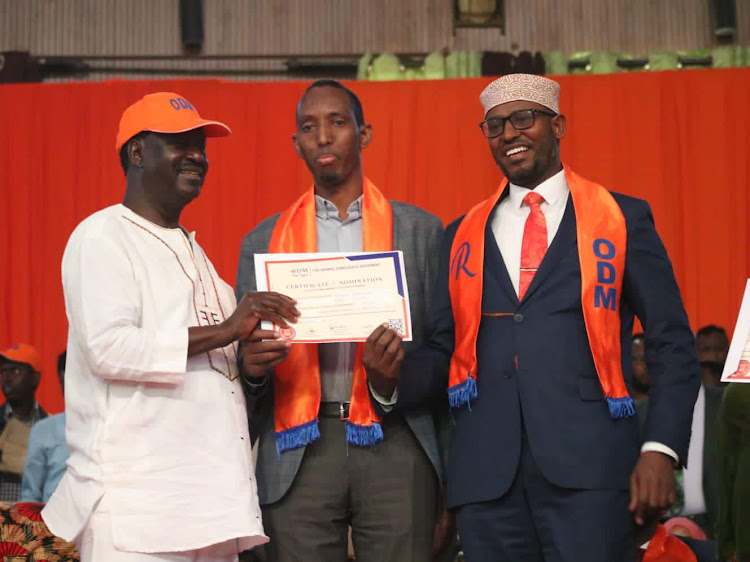 Former Wajir governor Ahmed Abdullahi says he will win the seat he lost in 2017 and restore the lost glory of the county.

Abdullahi who spoke on Thursday while addressing his supporters in Wajir said voting the right crop of leaders meant improved service delivery.

Abdullahi said they will embark on vigorous campaigns for Raila and ensure he gets 90 per cent of the votes from the county. 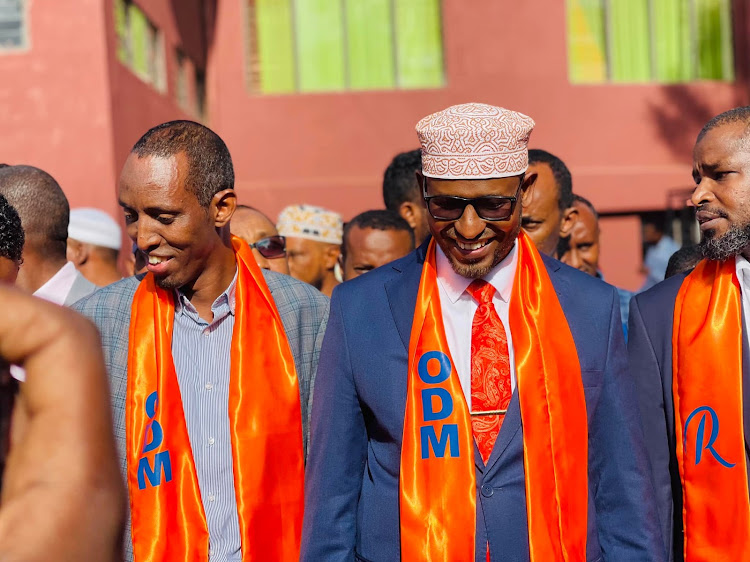 “With certificates in our hands, we now embark on the next assignment. To go on the ground and sell our manifesto and messages of hope,” he said.

The aspirant said he is delighted the journey to restore hope in Wajir together with Muhumed has started.

“Teaming up with him (Muhumed) is the best thing that could have happened. I know him very well and together we will take Wajir to where it was,” he said.

Abdullahi thanked residents for standing with them saying he will not let them down once elected.

He said he will prioritise the health sector because the mess that has been done is unimaginable and matters health cannot be compromised. 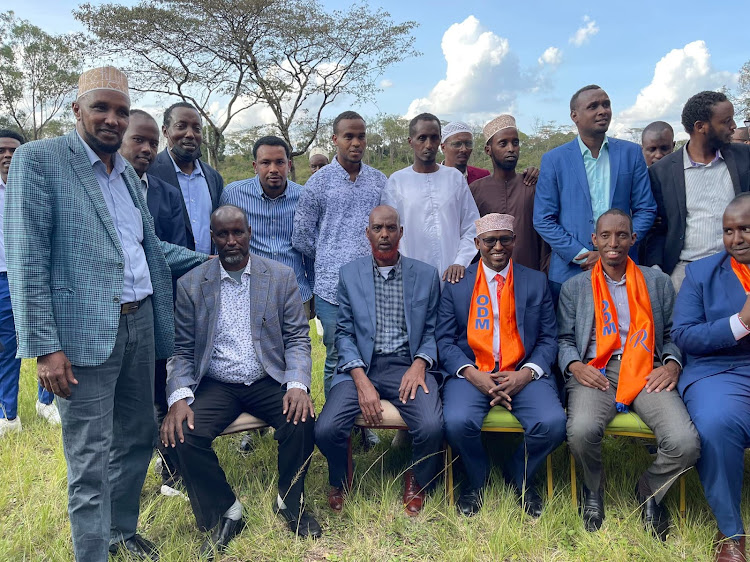 RESTORATION: Wajir gubernatorial aspirant Ahmed Abdullahi and his running mate Ahmed Muhumed pose for a group photo with other aspirants from the county in Nairobi on Wednesday, April 20.
Image: STEPHEN ASTARIKO

"It is unfortunate that all the structures we put in place have been messed up," Abdullahi said.

The former governor said during his reign, the county oversaw the first caesarean delivery in July 2016 at Habaswein Subcounty Hospital.

"We also established, equipped and staffed more than a hundred dispensaries and health facilities,” he said.

Abdullahi however said all that has remained are structures with nothing meaningful going on. "We are now back to where we were before devolution.”

He said having been at the helm of leadership he knows what needs to be fixed for the county to get back on its feet.

The former governor said his was a tried and tested leadership.

Abdullahi has been endorsed by his Mantaan subclan and already has the backing of all the major Degodia subclans.

Wajir is inhabited by the Degodia, Ogaden and the Ajuran with the former being the majority.

Says a five-member committee will follow up on the recommendations of internal and external auditors.
Counties
2 months ago

Footballer Mohamed-Khatata to vie for MCA seat in Wajir

As a footballer, he pledged full support to the youngsters, and nurture talent.
Counties
3 months ago

Most aspirants in Wajir are seeking tickets under parties affiliated to the Azimio La Umoja movement.
Counties
3 months ago
“WATCH: The latest videos from the Star”
by STEPHEN ASTARIKO Correspondent, North Eastern
North Eastern
21 April 2022 - 22:00