Youths urged to desist from acts of violence ahead of polls

We have come of age and Kenyans know the leaders they will choose come August 9, says Amey

• “Those who think that they can perpetuate violence to win an election should think twice. Their leadership is only meant to benefit themselves,” Amey said. 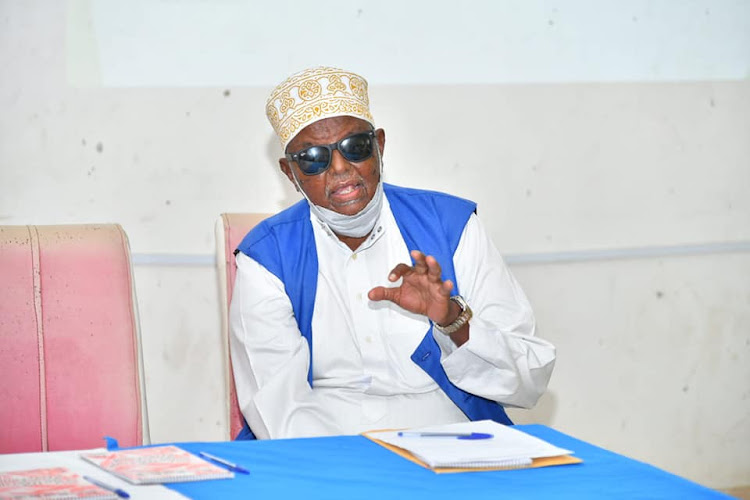 Youths should desist from all forms of violence ahead of the August 9 polls, says Kenya marketing council chairman Dubat Amey.

Amey who spoke on Wednesday at his Garissa office also said politicians should stop taking advantage of desperate youth by hiring them to perpetrate violence.

He said leaders are God chosen and those using violence to ascend to power are self-seeking politicians who have no agenda for Kenyans.

“Those who think they can perpetuate violence to win an election should think twice. Their leadership is only meant to benefit themselves,” Amey said.

The chairman said youths should realise that politicians who use them to perpetuate violence have no agenda for them. “They will use them to ascend to power and that is it.”

He also said those seeking top political seats should be allowed to sell their agenda in any part of the country, without being intimidated.

“We have come of age and Kenyans know the leaders they will choose come August 9. No amount of violence will sway their thoughts,” Amey said.

He said Kenyans should jealously guard peace and ensure a peaceful election.

Amey also said the government should provide adequate funds to independent bodies like the NCIC, IEBC and police to effectively deliver on their mandate.

“These bodies can tame political violence if they are properly funded and allowed to independently do their work,” he said.

The chairman however said if any of these bodies are perceived to be taking sides in their investigations then the country may not go far.

Many politicians buy liquor for youths, pay them to heckle, stone, cause mayhem.
Counties
8 months ago