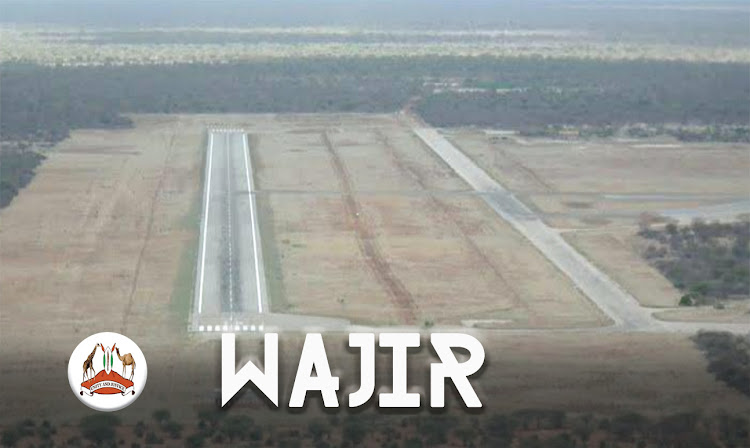 The choice of Wajir’s next governor is likely to be shaped by the aspirant's ability to gain the community's trust, track record and alliances.

The usual clan-based negotiated democracy and endorsements have been jeopardised by previous mistakes and mistrust among elites.

As the clock ticks, communities in Wajir appear not to be rushing into clan formations. They are rather weighing the candidates being fronted by other subclans. 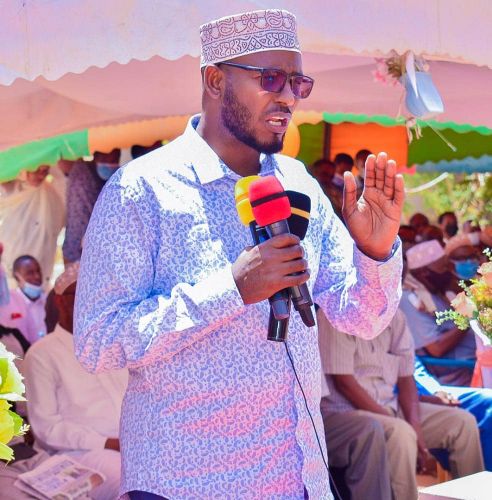 TRACK RECORD: Wajir’s first governor Ahmed Abdullahi believes his track record and firm leadership will propel him back to the seat he lost in 2017.
Image: STEPHEN ASTARIKO

The county is inhabited by the Degodias, Ogaden and the Ajuran with the former being the majority. They occupy Wajir East, Wajir West, Tarbaj and Eldas subcounties.

The Ogaden are predominant in Wajir South while the Ajuran are found in Wajir North and a small section in Wajir West.

The race appears to be narrowing down to four candidates. Some aspirants who expressed interest late last year appear to have been overtaken either by other clan interests or lack of partners in the political formations.

Also new entrants, Hassan Wehliye, Ugas Sheikh and Dr Hassan Mohamed seem to be striving to form a line-up that can help put up a formidable challenge.

Last October, Coast anti-corruption boss Wehliye was endorsed by the Fai sub-clan of the larger Degodia while the first governor, Abdullahi got the nod from his Matan sub-section.

Wehliye’s endorsement was heavily contested and opposed by Sheikh and Mohamed who felt that the clan elders had not settled on the best candidate.

However, Fai elders led by Sultan Najib Ugas stood their ground and asked Sheikh and Mohamed to respect the community’s decision. 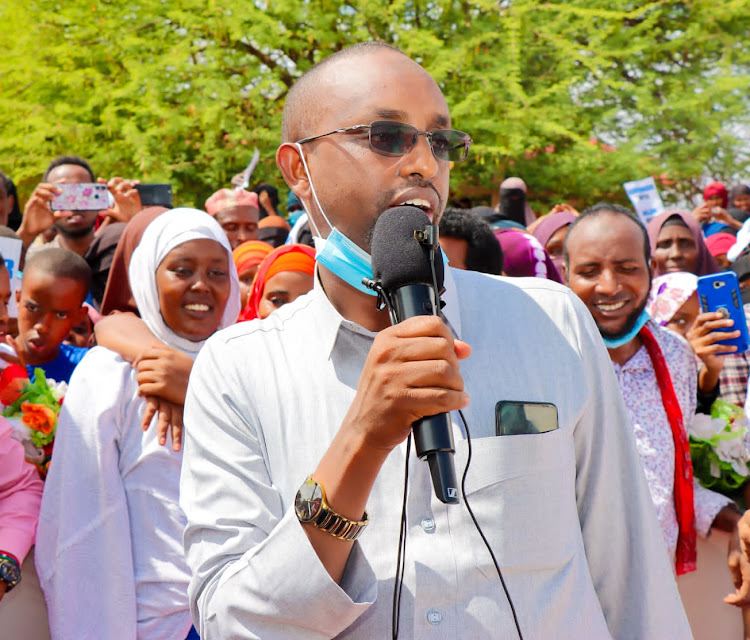 The incumbent Mukhtar, however, faces a grueling court case that started from the time he took office mid last year.

Poor service delivery at the county particularly in the health sector and mistrust among sub-clans in his Wajir South backyard are also realities that don't favor him.

Mukhtar bitterly opposed the decision of his Ogaden clan to vie for the top county seat in 2017 by deputising ambassador Mohamud.

Many therefore believe he is not best suited to lead the community in it’s quest for the county governorship.

Already the Muqabul sub-clan of larger Ogaden have endorsed Abdi Salal for senator meaning the sub-clan is keen to partner with a none-Ogaden clan in forming a county line-up.

There was also a bitter fall out between MP Fatuma Gedi, Wajir South MP Omar Mohamed and nominated Senator Nasri Sahal (all from the Ogaden). 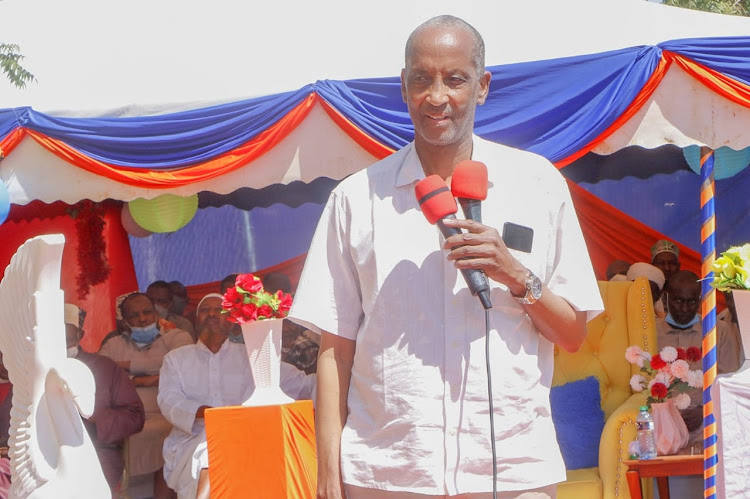 ASPIRANT: Dr. Hassan Mohamed who was dropped by his Fai clan but has vowed to go all the way to the ballot.
Image: STEPHEN ASTARIKO

The Ajuran clan who currently hold the senator position through Ali Ibrahim alias Kabreta recently announced that the community will contest for women rep and senator.

Shallow Abdullahi who recently declared interest in the governorship said he will respect the community's decision and vie for senatorship instead.

“It is the elders who endorsed my gubernatorial candidature late last year. Now they have decided otherwise after intense lobbying, I accept their decision,” Abdullahi said.

Wajir’s first governor Ahmed Abdullahi believes his track record and firm leadership will propel him back to the seat he lost in 2017.

In a recent interview with the Star Newspaper, the former governor was confident he will win back his seat.

He said his development record which remains unmatched will propel him to victory.

“I believe my firm leadership and strong administrative credentials have helped me and my team achieve the developmental milestones that shaped Wajir during my reign.

"I still believe communities in Wajir will know me for my word and pledge to service and they will elect me come August,” Abdullahi said. 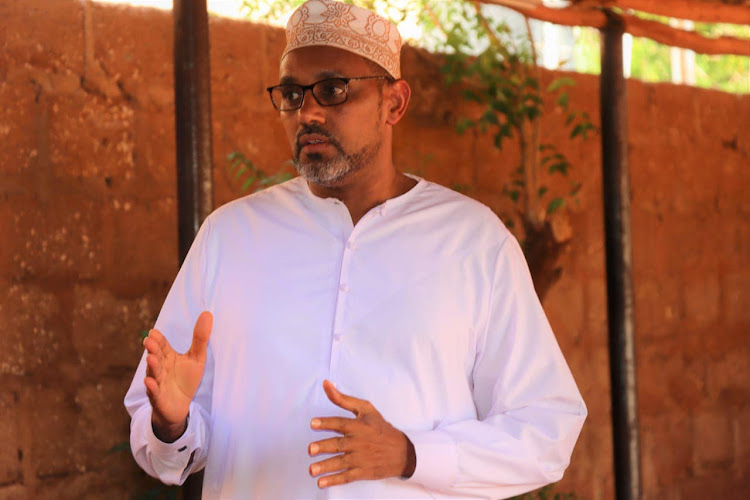 TO THE BALLOT: Ugas Sheikh who was dropped by his Fai clan but did not accept the verdict. He said his name will be on the ballot.
Image: STEPHEN ASTARIKO

He regretted that the county executive which succeeded him did not build on the transformational progress he initiated.

Abdullahi attributed the failure to political squabbles among some of the current leaders which led to the impeachment of the second governor, ambassador Mohamed Abdi Mohamud.

Mohamud however, filed a petition at the Meru high court.  The court is expected to deliver a ruling on whether he was ousted from office illegally or procedurally on February 16.

Abdullahi said he was looking forward to forming an inclusive line-up with communities in Wajir North (Ajuran) and South (Ogaden) just like in 2013, where a similar alliance propelled him to the county's top seat.

He said he will stick to ODM where he has been a life member and has used it’s ticket to contest since 2013.

"I listened to Baba in 2013 when he narrated to me the history and the bondage we share in the struggle for the first and second liberation of this country. I believe he is the most suited candidate to liberate the country economically," Abdullahi said.

On his part, Hassan Wehliye, promised to do all it takes to give people the dream leadership that they yearn for.

“I have the competence and courage to make development and prosperity a reality. Without doubt, I take this as a challenge but also as an opportunity to start a new line of servant leadership,” he said during his endorsement.

On the other hand, Dr Mohamed says the county is faced with a myriad of challenges among them an ailing health sector which needs serious, urgent and proper management.

Dr Mohamed who is the proprietor of Nairobi South Hospital promised to proritise health.

The medic spoke while launching his campaign for the governor's seat.

Clan elders have conducted the exercise in the run-up to the August 9 poll.
Counties
5 months ago
by STEPHEN ASTARIKO Correspondent, North Eastern
North Eastern
26 January 2022 - 22:00