Don’t be left out of voter registration, Duale rallies residents

Chebukati said the exercise will begin on January 17 and end on February 6. 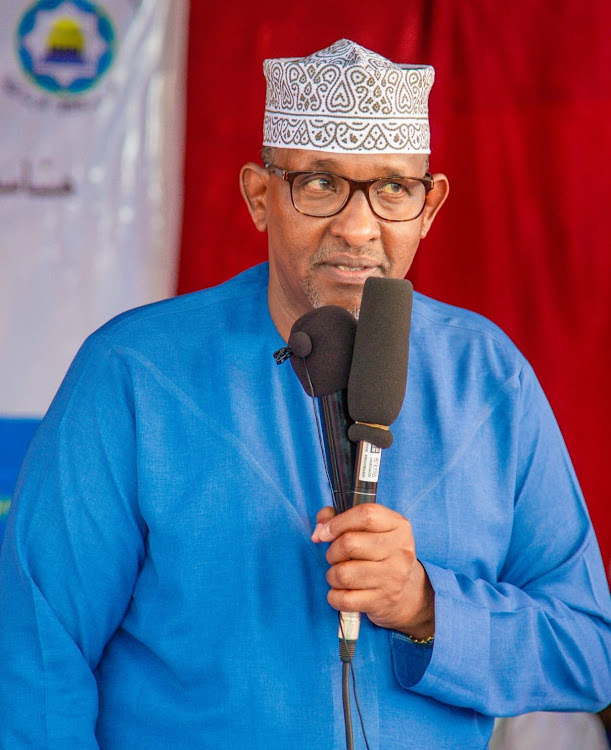 Garissa Township MP Aden Duale on Thursday made a clarion call to residents of pastoralist counties to use the second window of voter registration to enlist.

Speaking at a function in Garissa town, Duale said all eligible voters should show up at registration centres and have their details captured so that they can participate in the August general elections.

IEBC chairman Wafula Chebukati said the exercise will begin on January 17 and end on February 6, 2022 noting that it will be the second and final phase in preparation for the general elections.

The first phase of the Enhanced Continuous Voter Registration began on October 4 and ended on November 5, 2021.

According Duale, the region has numbers that can greatly influence the outcome of an election.

Duale urged residents to prove to the world that they have the numbers.

During the last voter registration, the number of those who registered in the pastoral communities was below the target.

Some of the reasons that were cited for voter registration apathy were lack of ID cards especially among the youth, lack of enough sensitisation and drought. The later was said to be the main reason.

In Garissa, the numbers given by the IEBC after the conclusion of the exercise were as follows” Garissa Township constituency led with 6,225 new voters.

The Garissa Township MP who has already announced that he will be seeking re-election said that conducting the exercise at a time the region was experiencing a severe drought was wrong.

He said this led to low numbers being registered.

“I don’t know why the commission decided to carry out this very important exercise during a period of drought where the priority of our people was to fight for their source livelihood, the livestock. Voter registration was the least of their concerns then,"  he said.

Duale said that even though it was the responsibility of the electoral commission to make sure that there is enough sensitisation among Kenyans, as leaders they will also help in ensuring that the message reaches the people.

“I hope  by the end of this final phase the commission will have captured all the eligible voters not only in Garissa but the region and country at large.

He added: "Our religious leaders should also use the churches and mosques to pass the messages, FM stations are another very good mediums to get this important information to those in the remote villages. Once again don't be left out. Seize the opportunity by registering as a voter,” said Duale. 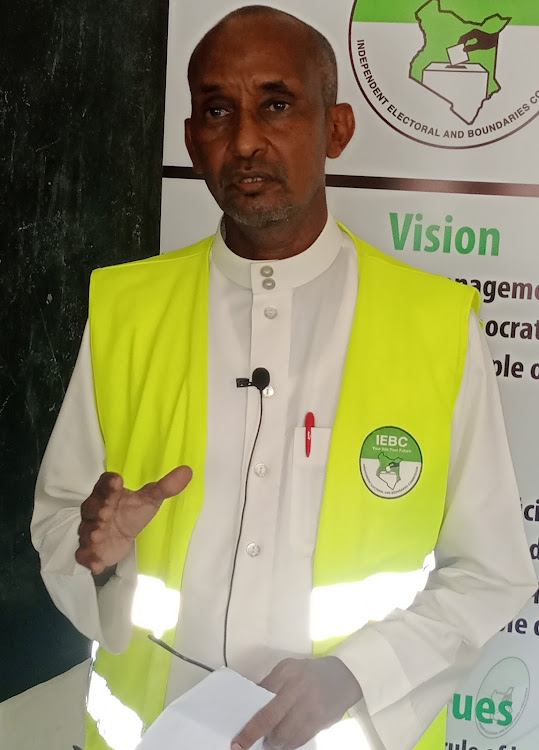 Garissa county IEBC Coordinator Hussein Gure speaking to the press last week. He remains optimistic that during the second round of voter registration they will meet their targets.
Image: STEPHEN ASTARIKO

MP Kenta says the residents risk being locked out in determining their political destiny.
Counties
2 weeks ago