• In the past week pockets of Kitui county have received some rains. 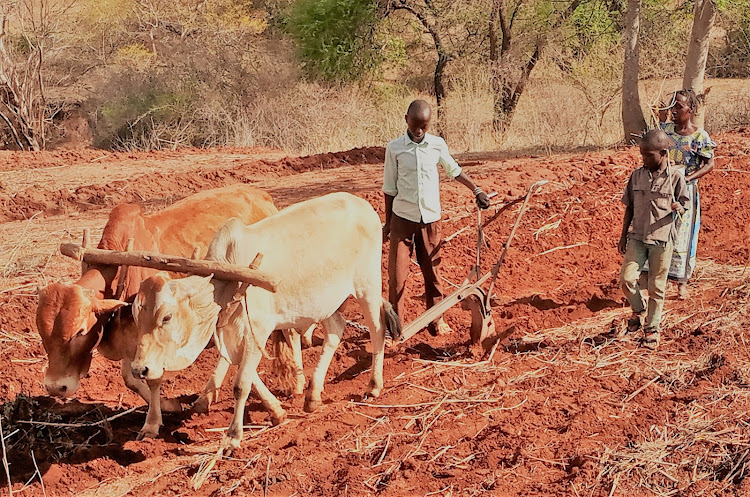 Hopes of an end to the current drought and famine in Kitui county have been dashed by the delayed October-December short rains.

The October-December rains are usually reliable for crop production in Kitui.

On Monday, the Kitui Metrological Department director Daniel Mbithi said the short rains were yet to set in despite patches of Kitui county getting light rains since a week ago.

Mbithi, who spoke in Kitui town, advised farmers not to plants maize or beans even after the onset of the now delayed October-December short rains.

He said they should try planting early maturing mug beans, cowpeas and sorghum.

“We have had light rains in pockets of Kitui ranging from 1mm to 16.3mm but that cannot be said to be the rains onset,” Mbithi said.

According to FAO, an onset can only be declared after three days of continuous rains of 20 mm and above.

The met said the onset is also justifiable if the rains do not take a break of more than 10 days.

He said earlier weather focus indicated that October-December rains would have set in between November 8th and 15th but the expected onset had delayed.

However, Mbithi said a revised weather forecast shows that a higher amount of rainfall will visit Kitui later this week through to the weekend.

The met encouraged Kitui residents to take advantage of the substantial rain expected this weekend and conserve all the water.

He said there was need to nurture and conserve the pasture that will sprout with the rains for livestock.

“In the event it rains Thursday, Friday and Saturday the residents should harvest all the water as we are not going to have such amount of rains after that one,” Mbithi said.