• Kitui, the home of Kalonzo has remained galvanised behind Kalonzo Musyoka.

• Mulu says the media is wrongly portraying Kalonzo as Kingmaker other than the king. 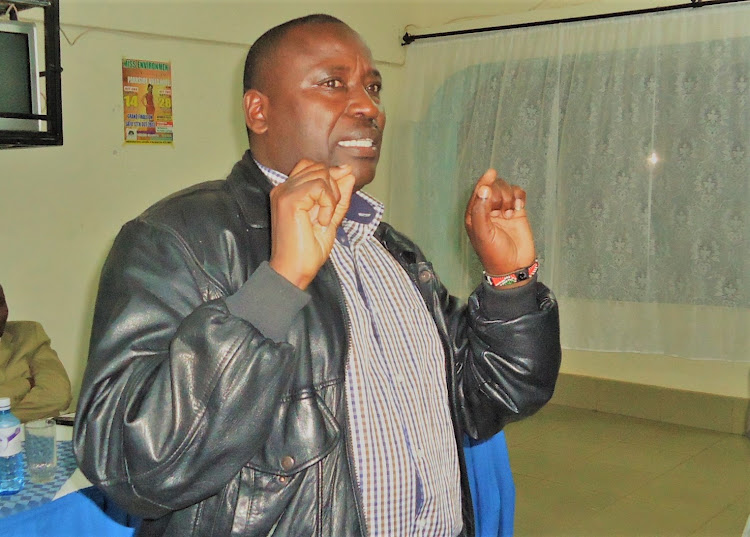 Kitui Central MP Makali Mulu said on Monday that the forays are having no negative impact on Kalonzo’s popularity.

He said the local populace has for years remained fanatically galvanised behind Kalonzo and it would be hard for any other presidential candidate to penetrate and capture any meaningful following.

Mulu, who chairs the Ukambani parliamentary group, said although it was overt that DP forays into Kitui were targeted at eating into Kalonzo’s home vote bloc, it will fall flat on the face.

“It will fail miserably because our people are fully behind Kalonzo,” Makali said on the heel on Ruto’s fourth campaign visit last weekend.

In a statement shared with the media, Mulu said: “Be reminded that this is not the first attempt to interfere with the bloc. Those who attempted ended up being politically finished.”

He pointed out that democracy demands everyone be free to visit any part of Kenya and campaign. He was, however, emphatic that Kalonzo's voting bloc would remain intact despite his rivals’ visitation.

The Wiper legislator said the defection of two Wiper MCAs to UDA was of no consequence. He said by making the move, they had signed their political obituaries.

“If former MPs could not penetrate the bloc who are MCAs to make any impact. This is a case of a mission aborting before the start,” he added.

Mulu also took issue with the media portrayal of Kalonzo as a Kingmaker other than the King.

He said the assumption was misplaced and that the opposite was true. He said the truth would manifest once Kalonzo becomes OKAs flag bearer in 2022.

“The assumption is that the solid bloc of votes Kalonzo controls could easily turn the tables for either team assuming we have only a two-horse race. OKA will definitely be the third horse and the route which Kalonzo becomes a king and not kingmaker,” Mulu said.

The MP said he could not rule out the possibility of Kalonzo crafting a coalition with Ruto ahead of the 2022 polls.

“Politics is a game of possibilities but for now I do not think there any plans for Kalonzo and Ruto to work together,” he said.

Kalonzo: Ruto welcome in Ukambani but should explain source of funds

• Ruto took his campaigns to Mwingi constituency on Saturday. • Kalonzo said it is unfortunate that leaders have used their authority and positions ...
News
2 weeks ago

Wiper leader had welcomed the DP to answer on his source of wealth.
Counties
2 weeks ago
by MUSEMBI NZENGU News Correspondent
North Eastern
08 November 2021 - 22:00