Justice Aroni calls for an end to backward cultural practices 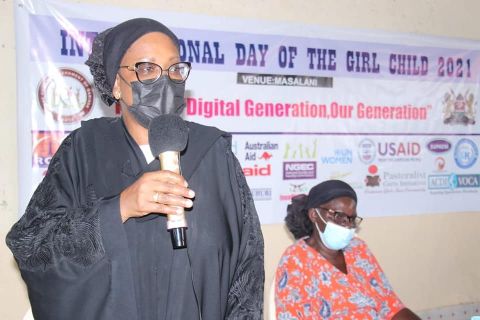 High Court judge Abda Ali Aroni has called for an end to the rampant retrogressive cultural practices and malpractices in Northern Kenya.

She said practices such as early marriages, defilement, FGM and disparity in education undermine the dignity and health of girls.

Aroni spoke on Monday during the International Day of the Girl Child celebration at Masalani in Ijara.

She said the practices still exist despite frantic efforts by the government and civil society groups to curb them.

The judge said the Judiciary would deal firmly with those found guilty of committing crimes such as early marriage, defilement, sodomy and FGM.

“I want to ask civil society and the county government of Garissa to closely work with law enforcers to apprehend those involved in these atrocities.

"By working together, you will be able to heed the presidential directives to end FGM by 2022,” Aroni said

Nyangala said area administrators are vigilant to ensure the rights of girls are not violated.

Hante regretted that the cultural malpractices are deep-rooted. She, however, noted that through the efforts of the gender technical working group, the resolve to eliminate the malpractices has had significant gains.