The Commission on Revenue Allocation urges other counties to borrow a leaf. 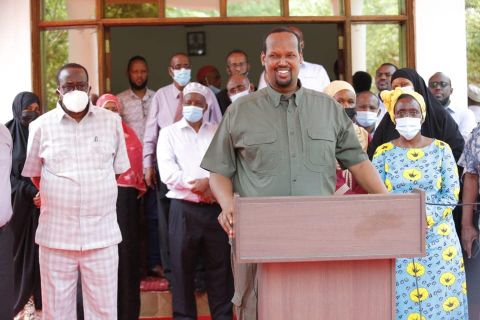 DEVOLUTION REPORT CARD: Mandera Governor Ali Roba addressing the press at the county headquarters on Wednesday flanked by CRA commissioners who are in the county to assess the impact of devolution since 2013.
Image: STEPHEN ASTARIKO

The Commission on Revenue Allocation has commended Mandera county, describing it as a shining light in matters of devolution.

The commission, led by chairperson Jane Kiringai, is on a three-day visit to assess the impact of devolution since 2013 in the previously marginalised county.

The team visited several areas at the Mandera County Referral Hospital, including the accident and emergency centre, oxygen plant, maternity and newborn wing, the Covid-19 laboratory and the dialysis centre.

They were accompanied by Governor Ali Roba.

Kiringai told the press that they were "greatly impressed by what we have seen" in Mandera.

“I must admit that when we got to the ground, we were surprised by what we saw right from the airport. I am told that before devolution there used to be one flight a week, today there are several flights full of local people and businessmen.

“I want to say that this is one county that really demonstrates the true meaning of devolution. We have been able to see infrastructure development not just at the county but subcounty level, the lives of the ordinary people are truly being touched and changed,” she said.

She said as they begin to craft the third policy addressing marginalisation, they will be doing so from an informed position "and with the confidence that the money has a real impact on the people". 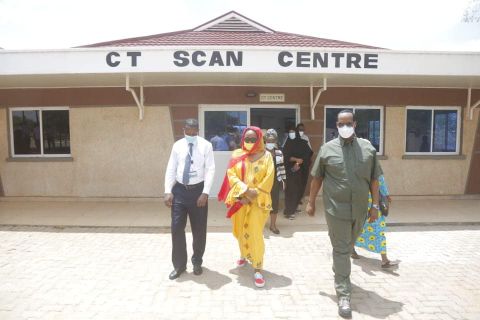 Oyugi urged other counties to borrow a leaf from Mandera.

“Mandera is a bellwether experience in devolution. As a county, it is ahead of the pack in the prudent use of public resources and exceptional in making appropriate policy choices in determining priorities for sustainable development.

"It is an experience worth emulating and replicating. There is incredibly a lot to write home about, particularly for a first-time visitor like me and my fellow commissioners,” he said.

Governor Ali Roba said the institutionalisation and operationalisation of devolution have had a great effect on residents. 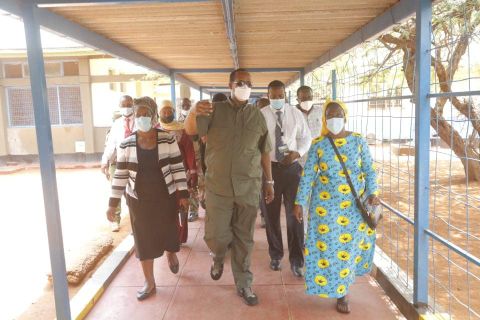 “While we are honoured to receive CRA commissioners, we want them to see for themselves what devolution has done to our people, the impact it has had and how lives have been changed for the better.

"For us, devolution was truly a godsend and we are not taking this for granted,” Roba said.

The commissioners were later taken to the Bula border post.

Roba said the county’s major revenue earner was the cross-border trade between Mandera and Somalia, noting that its closure had hurt trade between the two countries.

“The border was closed because of security challenges in the past. We are still pushing the state to work it out with the federal government of Somalia,” Roba said.

The commissioners also inspected tarmac roads built by the county government and those done by the Kenya Urban Roads Authority and the county greening project.